Spain, Greece and Portugal slash price of cheap July holidays – with deals from £124pp for a week, including flights

WITH air bridges expected with Greece, Portugal, France and Spain by the end of the month, Brits are rushing to book holiday in July.

The 'bridges' would allow Brits to skip quarantine when arriving back in the UK after travelling, as well as any isolation requirements in the selected countries.

In the last few days, France has reopened its borders to Brits and Spain has also said that it will welcome tourists from the UK on June 21.

Since then, travel companies have seen a rush of interest from Brits keen to book their holidays for July.

Given the strict lockdowns in most countries across Europe for the last few months, anyone choosing to book a last-minute trip are facing massively reduced prices for trips.

Travel Supermarket spokesperson Emma Coulhurst told Sun Online Travel: "It is normally unheard of to find a seven-night package holiday from the UK to the Med for less than £300pp in the summer, but it is not even hard to find them at the moment."

In fact, they can be found for as little as 124pp for a week's package holiday.

If you fancy Greece, a seven-night stay at the two-star Hotel Margarita Apartments in Corfu on a self-catering basis costs £124pp, including flights from London Stansted on July 12.

A seven-night stay at the two-star OYO Casa Aljibe de Santa Ana in Granada, Spain, on a room-only basis costs £146pp, including flights from Birmingham on July 11.

A seven-night stay at the 3-star Plaza Real by Atlantic Hotels in Praia da Rocha, the Algarve, Portugal, on a self-catering basis costs £214pp, including flights departing from Leeds on 21 July, based on two adults and two children.

Alternatively, a seven-might stay at the 3-star Hotel Amic Gala in Can Pastilla, Majorca on a self-catering basis, including flights from Southend on 21 July costs £236pp.

Airbnb also has some incredibly cheap offers for those wanting to stay in a holiday home.

It should be noted that the Foreign Office currently advises against any non-essential travel abroad, but it is expected to relax its guidance very soon, according to The Times. 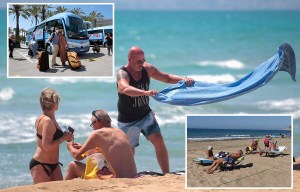 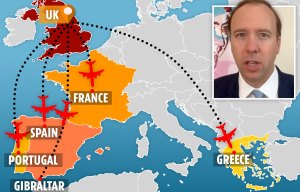 Quarantine-free holidays 'to Spain, Greece and Portugal within TWO WEEKS' 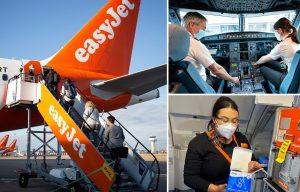 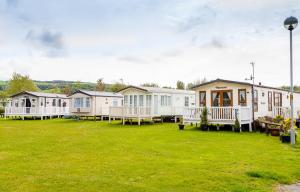 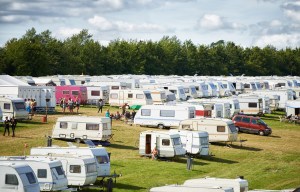 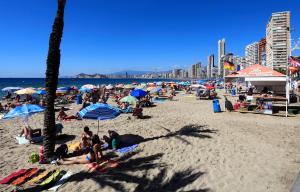 Can I go on holiday to Spain? Latest 2020 travel advice for Malaga & Benidorm

We also currently have a rule requiring anyone coming into the UK from abroad to self-isolate for 14 days, although the newspaper has reported that the government is close to agreeing a deal to scrap this with Greece, Portugal and Spain, as well as Bermuda, the British Virgin Islands and Gibraltar.

The Health Secretary Matt Hancock confirmed to Radio 4's Today programme yesterday that the government is close to introducing travel corridors with certain countries soon - meaning there would be no need for travellers to quarantine on arrival in the UK.

Travel between the UK and France will also be raised in a meeting between the PM Boris Johnson and French president Emmanuel Macron.

Manchester United have started negotiations with Raiola to extend Pogba's contract
Luis Suarez: Our goal is to win the three upcoming matches. We will wait for real to make a mistake
Kike Setien: Barcelona didn't play a great match. Espanyol played well in defense
Andujar Oliver on deletions: Fati went too far in the foot, and the foul on the Peak was even more dangerous, perhaps
Atalanta extended the winning streak to 11 matches, beating Sampdoria-2:0
Milner played his 536th game in the Premier League and was ranked in the top 5 of the League in games played
Barca midfielder Fati is removed in the Derby with Espanyol. He spent 5 minutes on the field
Source https://www.thesun.co.uk/travel/11894510/spain-greece-portugal-cheap-holidays/

United Airlines warns of job losses as it prepares to furlough 36,000

Apartment plans for Hoylake are blocked

Any summer heatwaves to be 'short-lived until at least August', warns Met Office

Burger King may have to close 53 branches

'He's so strapping and virile': Patrick Stewart at 80 – by Shatner, McKellen, Tennant and more

'Mama Boko Haram': one woman's extraordinary mission to rescue 'her boys' from terrorism

Manchester United could include new squad member vs Aston Villa

Burnt toast and cooking to blame for 1,000 false fire alarms in 12 months

Iconic Kilmarnock Pie to be stocked in Asda stores across Scotland

‘Pea-souper’ was a constant challenge to life in East Lancs

Student nursing applications surge 15 per cent in a year

Thousands of EU nationals 'barred from government support during pandemic'

Blackburn with Darwen's steps up to boost walking and cycling