The businessman is looking at acquiring Arcadia group’s brands - just two years after insisting he wouldn’t buy Arcadia “for a pound”.

Arcadia Group - which owns Topshop, Burton and Dorothy Perkins - is said to be preparing to appoint administrators next week with 13,000 jobs at risk.

As news spread of the looming collapse, pictures emerged of Sir Philip lounging on his £100million yacht in tax haven Monaco earlier this week.

Ashley's Frasers Group has thrashed out plans for an emergency loan to Arcadia in an eleventh hour bid to save the retailer, Sky News reports.

Chris Wootton, Frasers' chief financial officer, said today: 'We hope that Sir Philip Green and the Arcadia Group will contact us today to discuss how we can support them and help save as many jobs as possible."

It is understood the cash boost will be in the form of a secured loan aimed at stopping Arcadia collapsing into administration.

But critics say the offer "sounds like a stunt" - with the loan requiring approval from Arcadia's pension scheme, which would then demand additional security over its exposure to the company.

It emerged yesterday Ashley was "interested" in a deal to take Arcadia over.

Ashley and Sir Philip are already locked in a bitter rivalry - with the proposal likely to fan the flames of the existing tension.

MPs were told in 2016 that Sir Philip personally blocked a deal that could have rescued department chain BHS, because he held a bitter grudge against Mr Ashley.

Mr Ashley told The Times last year that he wouldn’t buy Sir Philip’s Arcadia group even “for a pound”, dismissing speculation that he was mulling an acquisition of the business group.

He said: “Let me be completely clear. I wouldn’t buy any part of Arcadia either with Leonard Green or directly for a pound.

“I am not getting involved with that pension deficit in Arcadia for reputational reasons. It is not for me.”

The Newcastle United owner added: “I don’t know where the story is coming from - for all I know Philip is putting it out there that I am going to buy (Arcadia Group) - but I am not interested.”

It comes after billionaire Ashley reportedly made attempts to acquire beleaguered Debenhams this year as it emerged the high street giant faced financial ruin.

RetailGazette reports that Mr Ashley dropped out of the Debenhams sale after baulking at the "impossible" £300m asking price set by the retailer's advisers.

They insisted Mr Ashley was fundamentally and factually wrong in trying to blame Prem chief executive Richard Masters for the collapse of the £300m deal.

The Sports Direct boss is said to be worth a whopping £2.3billion and boasts a stunning property portfolio that includes a 33-bedroom London house, holiday abodes in Spain, as well as a sprawling mansion in Miami.

It comes as one retail industry figure said Arcadia's collapse had become inevitable after talks with lenders about an emergency £30million loan had failed.

The appointment of administrators could happen as early as Monday, although one person close to the situation reportedly said the plan had yet to be finalised and that it could be delayed.

Earlier this year, Arcadia warned that it could close 100 of its shops due to coronavirus.

Only last year Mr Green's retail empire was saved from the brink of collapse after his wife agreed to bail him out of financial woes.

Arcadia has more than 500 shops in the UK, with the majority in England currently closed due to current coronavirus restrictions.

Three years later he paid one of the largest-ever dividends - a massive £1.2billion - to his wife and registered owner, Lady Tina Green.

But he faced heavy criticism for selling department chain BHS in 2015 for just £1 to Dominic Chappell, who has recently been jailed for tax evasion.

The former king of the high street was then blasted following the demise of BHS in 2015 over a £571million pensions black hole. 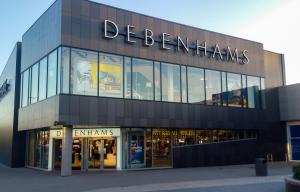 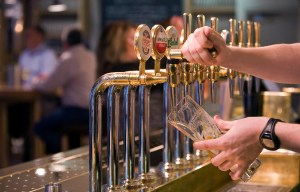 Harvester, All Bar One and Toby Carvery owner axes 1,300 jobs 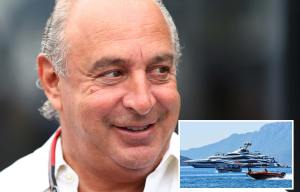 Fury as Philip Green asks for taxpayer help to pay wages for 14,500 workers 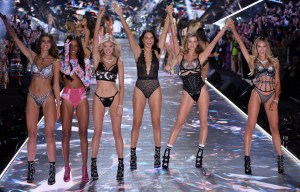 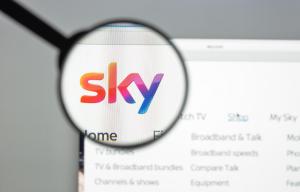 Is Sky internet down? How to check the status in your area

Following the latest reports, a spokesperson for Arcadia told The Sun: "We are aware of the recent media speculation surrounding the future of Arcadia.

"The forced closure of our stores for sustained periods as a result of the Covid-19 pandemic has had a material impact on trading across our businesses.

"As a result, the Arcadia boards have been working on a number of contingency options to secure the future of the Group’s brands.

"The brands continue to trade and our stores will be opening again in England and Republic of Ireland as soon as the Government COVID-19 restrictions are lifted next week."

Laporta on Messi at PSG: I read that they have losses. We need to discuss what deals they can afford
PSG offered Ramos a contract for 45 million euros for 3 years (Onda Cero)
Nacho tested positive for the coronavirus. He was in contact with the patient earlier
Bale scored in the FA Cup for the first time since 2013. He has 4 goals in 13 games at Tottenham
Frank Lampard: I didn't have enough time to take Chelsea to the next level
Ozil will receive 3 million euros in Fenerbahce from July. Lifting - 550 thousand
Phil Neville now coaches the Beckham Club in sunny Miami. I left the England women's national team for this before the Olympics
Source https://www.thesun.co.uk/money/13319618/sports-direct-mike-ashley-buying-topshop-philip-green/

Conor McGregor back training ONE DAY after Dustin Poirier loss despite leaving UFC 257 on crutches, his trainer revealed

My selfish sister-in-law has copied my wedding dress… I’m fuming, it was my dream & now she’s ruined it

The Welsh restaurants given Michelin stars in the 2021 guide

Britian's Got Talent to be scrapped this year

I’m Piers Morgan and this is Good Fawning Britain

What Graeme Jones will bring to Newcastle United

Giusseppe Conte to quit as Italy's PM in tactical move

VIRUS TODAY: US numbers fall but new strains cause concern

‘We can serve the nation we love’: Military and civil rights groups react repeal of Trump’s transgender ban

House will vote on $1,400 stimulus checks next week meaning you could get your payment in February

Who Wants To Be A Millionaire contestant swears after losing £15K

Stockport's Where The Light Gets In recognised with 'green' Michelin star

Greggs to open inside Irvine supermarket

Debbie accused of lying by Corrie fans as Ray disappears

Did government insiders help Capitol rioters — and will a Trump loyalist prevent us from finding out the truth?

Did Blake Lively get Armie Hammer fired from Gossip Girl?

Restaurant worker fired for shouting ‘Man and woman!’ at gay couple who came in for food

Student 'ruthlessly' bludgeoned boy, 15, to death in woods with wrench

How many children does Bradley Walsh have?

Conor McGregor was "caught out" by Dustin Poirier's fight-winning tactic

Thérèse Coffey: Covid deaths are basically UK's fault for being old and fat

Pets are back: Biden's 2 dogs settle in at White House

‘Undermining democracy’: Rashida Tlaib on why the Squad is against new terror laws after Capitol attack

Who are Kobe Bryant’s parents?

Appear on Escape from the Chateau: Make Do and Mend

UK lockdown rules are working to reduce Covid spread – and 1 in 9 adults have had a jab, says Matt Hancock

Liverpool on the verge of signing wonderkid Gordon compared to Salah