The 30-year-old star documented a walk through a stunning field with her sons and sister on Instagram this afternoon.

The TV favourite put together a video montage of the outing, which included her youngest son brandishing a stick before tucking into some wild berries that he'd found on the walk.

Stacey captioned the video at the time: "Nope Susan, I didn't wash the berries.. I forgot to bring my sink with us but it stopped him from eating the mud so I went with it."

Later in the evening, Stacey uploaded another video as she cuddled a sleeping Rex in her sister's back garden.

Addressing messages she'd received from concerned followers, the star chuckled as she explained: "So many of you are saying 'aren't there little white worms that can live in blackberries?'

"I think there are sometimes, but my grandma always said it's just a bit of extra protein - I'm pretty sure it's safe!"

She added in the caption: "So many of you messaging asking if I'm worried about bugs that can live in blackberries… I'm not.

"I'm pretty sure they're safe to eat… Extra protein in my opinion."

Stacey, who is also mum to 12-year-old Zachary and eight-year-old Leighton, also told fans that they were waiting for her boyfriend Joe Swash to pick them up from her sister's house once he'd finished filming Supermarket Sweep. 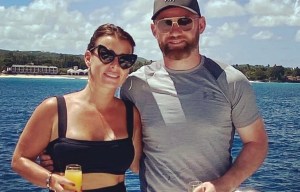 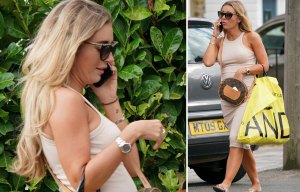 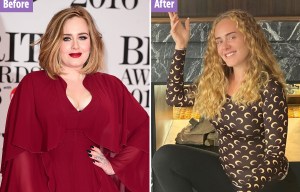 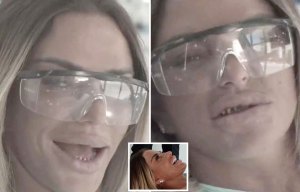 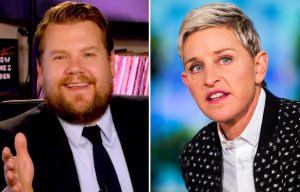 Earlier in the day, Stacey had lusted after Joe as he dressed up for the TV appearance, admitting that she "really fancies him".

The pair have just got back from a romantic getaway with Rex while Stacey's oldest sons spent time with their dads.

Joe had recently returned from a trip to Wales with his 13-year-old son Harry from a previous relationship.

The trio spent quality time together on the spontaneous Staycation, where Stacey shared her fears of being arrested after taking pebbles from the beach.

Abramovich is suspected of secretly investing in players of other clubs
Ibrahimovic has scored 23 consecutive seasons at club level
Rakitic on Messi and Suarez: We were never close friends. I am grateful for the way they treated me
Ibrahimovic scored for Milan in both games of the season. He will be 39 next week
Now the promotion does not differ from the badge on the chest. Players the CRC has not got down on his knee before the match and defended them black sortdir
Roma can be awarded a technical defeat in the match with Verona. The club incorrectly stated diavara
Zinchenko and Bernardo Silva will not play against Wolves due to muscle injuries
Source https://www.thesun.co.uk/tvandshowbiz/12313890/stacey-solomon-rex-eat-wild-berries-worms-extra-protein/

Hull student fearful as huge parties break out across campus

NYPD officer arrested and charged as an 'illegal agent' of China

Pictures: Wolves vs Man City in the Premier League

Liverpool restaurant says it is 'stronger' than before pandemic

Guy Verhofstadt turns on the EU as he rages at bloc's inaction - 'Get a grip Europe!'

Young comic 'spat on for wearing makeup' in homophobic attack

US delegation visits Kosovo to invest in infrastructure

Dembele, Sancho and the players Manchester United are tipped to sign

Who are Rose West’s prison-mates Marisa Merico and Linda Calvey?

Harry Maguire ‘turns like an ocean liner’, blasts Simon Jordan in stinging rant at Man Utd board and Solskjaer

Feds threaten funds to NYC, Seattle and Portland over unrest

The Queen was a ‘rather fat’ teen who dreamt of eloping with the man of her dreams, friend’s explosive diaries claim

Sam McBratney, 'Guess How Much I Love You' author, dies

I never have sex with my girlfriend any more, is it time to leave her?

My husband wants our baby circumcised, but it’s against my religion

I think my boyfriend has autism, should I walk away?

Influencer 'super spreader' infected 15 others on one flight from London

Plea from local bars & restaurants ahead of new lockdown rules

Matt Hancock announces £10,000 fine for failing to stay at home with Coronavirus