The mum-of-three revealed she was giving the chair a makeover for her youngest son, Rex’s, first birthday.

Stacey, from Essex, explained all her children, including Zachary, 11, and seven-year-old Leighton, get a special chair on their big day.

Chatting in one of her Instagram stories, she said: “The boys always have a birthday chair.

“The big boys like the armchair but this is Rex’s favourite chair so I’m just going to shove some flowers in it."

And even though she was decorating the chair for Rex, who she shares with Joe Swash, as he wouldn’t go down for a nap Stacey said he was going to “decorate the egg with me”.

The 30-year-old sourced some faux vines and fake white flowers - including some with trailing petals - as she set about transforming the chair.

Stacey’s temporary makeover is perfect for revamping your own chair for summer, and it couldn’t be easier to recreate.

She said: “I really didn’t do much just threaded some fake ivy through all the holes and then pushed some flowers through.

“I won’t glue any of them in as they’re just for his birthday so I’ll take them off after and use them for crafts."

The egg chairs have soared in popularity over the past year, with Stacey’s BFF Mrs hinch, aka Sophie Hinchliffe, also owning one.

Bargain stores like The Range and B&M sell their own versions, and they’re perfect for relaxing in the garden in the warm weather.

Admiring her handiwork, the Loose Woman panellist added: "It’s hard to get a picture because it’s so holey.

“It looks better in real life.

"I also need to buy some proper pillows for it one day.” 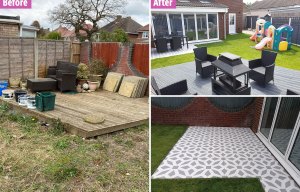 Family revamp their entire yard with seating areas, a fireplace & a playground 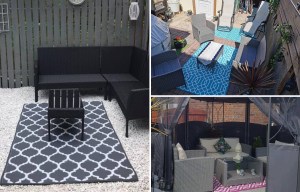 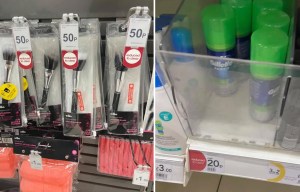 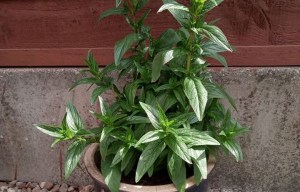 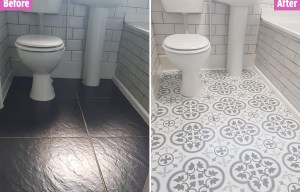 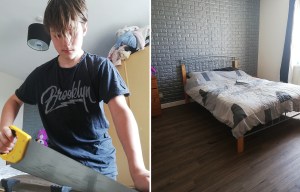 Boy, 13, saves his mum £200 by fitting her new laminate flooring himself

And pre-peels potatoes for the week on Sunday and shares handy hack to stop them going brown.

Plus Stacey Solomon revealed she uses a coat hanger to make her bed and it’s the secret to getting a pristine duvet.

Meanwhile, Stacey also revealed how to make an amazing photo frame out of old twigs and it didn’t cost her a penny.

The Internet is joking about Higuain's weight again. Perhaps it's just an unfortunate angle and Gonzalo's reputation
Brescia coach on Balotelli's suspension: He didn't even appear in Zoom in quarantine
Wenger said again that Arsenal left their soul on Highbury. We understand what this phrase means
Messi is still training individually
Matteis de Ligt: Ronaldo is the best player of his generation and a role model
Van der Vaart on Real Madrid: Even if you are Raul or Ronaldo – if you haven't scored in two matches, they want to sell you already!
Koke: Atletico should be declared the winner of the Champions League if the season is not finished. We beat out the champion
Source https://www.thesun.co.uk/fabulous/11693851/stacey-solomon-hanging-egg-chair-summary-makeover-fake-flowers-trailing-ivy-birthday/

Pubs could start serving food and drink outside under new plans

Mother and daughter share tearful reunion - thanks to £25 PPE

Happy birthday 'Geronimo' Jim Alder - one of our finest

Boy, 2, shot alongside his mum and two teen relatives after dad cleared of stabbing man to death

Black Lives Matter: How to donate and help get diverse books into primary schools

'Not even a phone call from school' - Home learning inconsistencies criticised

'Haunted' Eamonn Holmes up all night after fury at Gogglebox

Inside Tiger Woods’ £15million superyacht Privacy with a hi-tech gym, massive jacuzzi and running costs of £1.5m a year

The Normandy beaches then and now: What the site of the D-Day landings looks like 76 years later

Brexit ultimatum: UK given until October 31 to agree to 'full legal text' on future trade

Justice for Black Lives protest: What time is the Parliament Square demo on June 6?

Madeleine McCann: The Sun versus Christian Brueckner and what Tasmin Sillence really saw

Mayor claims protester, 75, shoved over by cops was 'agitator stoking the crowd'

Carol Vorderman reduced to tears by paparazzi near her home

All the new safety rules for Jet2, Ryanair and easyJet passengers as flights set to resume

Joe McElderry challenges us to a Walking on Sunshine dance-along

Liverpool morning headlines as Klopp has been here before with Werner

Tommy Robinson released on bail after arrest on suspicion of assault

'We need the Brits': Benidorm banks on August tourist surge

Police appeal as man, 86, suffers fractured spine after being hit by car