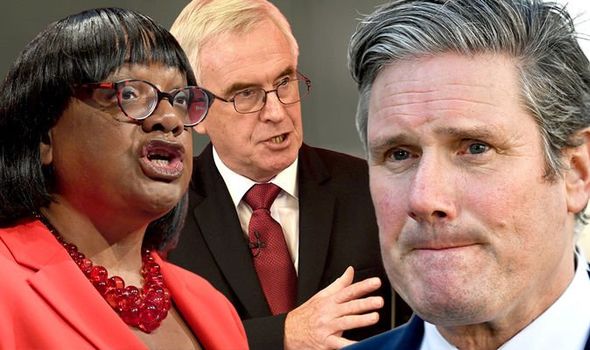 Sir Keir Starmer is already being briefed against by his MPs (Image: PA)
Sign up for FREE now and never miss the top politics stories again

The party leader's authority has been hit by a bruising result in the former Labour seat that saw a Conservative MP elected for the first time in 50 years.

Just hours after the result has been announced, critics of Sir Keir are already briefing against him.

Blaming the leadership's lack of socialist policies for failing to win the seat that was won twice under Jeremy Corbyn's leadership, Diane Abbott tweeted: "Crushing defeat for Labour in Hartlepool. Not possible to blame Jeremy Corbyn for this result.

"Labour won the seat twice under his leadership. Keir Starmer must think again about his strategy."

Another MP labelled the leader a "lame duck", warning of a leadership challenge to come.

They said: "You’ll begin to see his authority wane and the big fish maneuver quite disrespectfully around the still-moving carcass."

WHO warns of fresh Indonesia surge fed by virus variants

EU citizens looking for work in UK falls 36% since Brexit

‘$1bn company’ OnlyFans in talks to raise new funding and move away from adult content: report

‘At Facebook I was middle-aged at 35’: Sheryl Sandberg shares how ‘Silicon Valley worships youth’

ADVERTORIAL: Meet the company helping to kickstart careers in Salford

Body of man, 38, found in lake after 'he'd visited with friends'

Dear hayfever, thank you for ruining my life

Christian Eriksen to have ‘heart starter’ implant after on-pitch collapse

Eriksen to be fitted with implanted heart monitoring device

Christian Eriksen: Belgium to kick ball out in 10th minute of Euro 2020 match with Denmark

Ever wanted the ground to open up and swallow you?

Dunblane thug who tried to evade arrest warned by sheriff

County Durham residents urged to be water safe this summer