'Stop dictating to us!' Raab announces new plan to curtail power of EU courts in UK

Mr Raab's planned "mechanism" is aimed at giving the UK Government the power to introduce ad hoc legislation to "correct" court judgments that ministers believe are "incorrect". However, there is a fear this could endanger the separation of the judiciary from the executive, which is one of the hallmarks of democracy. Speaking to the Daily Telegraph Mr Raab said: "We want the Supreme Court to have the last word on interpreting the laws of the land, not the Strasbourg court.

"We also want to protect and preserve the prerogatives of Parliament from being whittled away by judicial legislation, abroad or indeed at home."

The Government's Justice Secretary suggested he would overhaul the Human Rights Act to stop the EU from interfering in British judicial procedures.

He said he was devising ways to curtail the ECJ's influence in the UK.

Mr Raab added: "If you read the negotiating history to the European Convention, it was never supposed to have an extraterritorial effect. 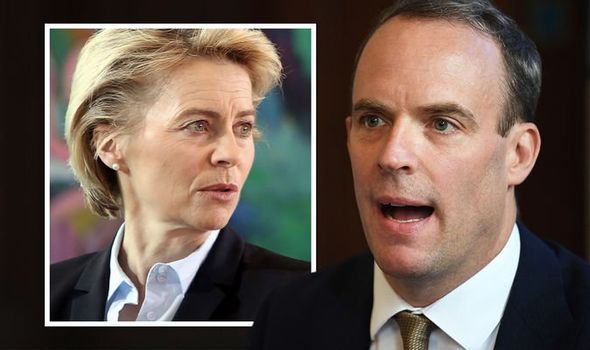 "I think that's wrong, that any court is effectively through judicial legislation, creating new law rather than just applying it.

"So I think we will want to have a look at that."

Mr Raab suggested the Government could introduce legislation to "correct" EU court judgments that affect legal rulings within the UK.

In an interview with the Daily Telegraph, he stated that these plans would mean the police and health service could not be "dictated to" by judges in Strasbourg.

JUST IN: Brexit LIVE: Not enough! DUP lashes out at EU concessions 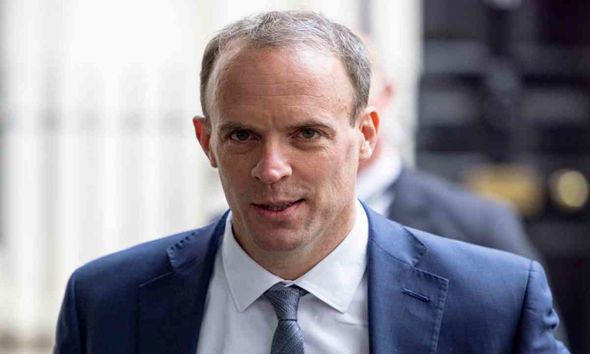 Mr Raab said the European Court of Human Rights was imposing too many "obligations on the state" rather than simply defending individuals from "undue interference".

He hit out against a stipulation in the Human rights Act that states UK judges must take European Court of Human Rights decisions "into account".

He added that these public services should be governed by "elected lawmakers" rather than "judicial legislation". 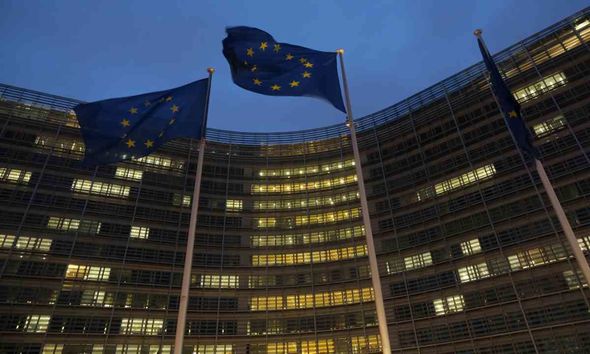 He also warned that foreign criminals' use of the Act's "right to family life" remained a "serious issue" that he intended to address.

The former Foreign Secretary added that there are "somewhere between 100 and 200 cases a year whereby foreign national offenders are frustrating deportation orders."

Mr Raab first announced he would attempt an "overhaul" of the Human Rights Act at the Conservatives' annual conference.

He has also warned that judicial reviews within the UK were being used to "harpoon" major infrastructure projects.

I’m 21 with two kids – trolls call them ‘mistakes’, ask if I know about ‘protection’ & presume they have different dads

Voices: There’s no such thing as ‘trauma-dumping’ – it’s just the way we communicate

M8 motorway closed in Glasgow due to 'ongoing police incident'

New Zealand politician cycles to hospital while in labour for second time: ‘Genuinely wasn’t planning to’

Storm Arwen is gone, but snow and ice warning remains

We work at Morrisons – from secret signs in store to the best hours to shop, these are how YOU can bag the top bargains

Omicron: Passengers from South Africa were not tested and ‘got home in normal way’, Sajid Javid admits

Dying to Divorce: Turkish women’s campaign against domestic violence is set for Oscars

Scots holidaymakers must quarantine when entering Switzerland amid Omicron fears

Ex-Rangers and Accies hero David Templeton opens up on retirement

Is I'm A Celebrity... on TV tonight amid Storm Arwen, time, and what will it be?

Graham Potter confident Brighton will soon be back to winning ways

Honduras presidential election: a referendum on the nation’s corruption and drugs

With Covid studies, the quality of the evidence matters | David Spiegelhalter and Anthony Masters

When kids’ games get serious: the adults competing at tag, conkers and hide and seek

A new German era dawns, but collisions lie in wait for coalition

Stunning flat on the doorstep of Liverpool's food and nightlife

Lord of the Rings superfan transforms Merseyside into Middle Earth

England's Covid rules will be updated a week before Christmas

The North Face Black Friday deal 2021: Puffer up with 20% off the nuptse jacket

I’m A Celebrity 2021 news: Show return could be delayed for DAYS while Naughty Boy ‘hiding’ secret from campmates

Camped in Calais, migrants renew resolve to try for England

Struggling to get Dyson’s airwrap this Black Friday? Ghd’s alternative is on sale with 20% off