STRICTLY Come Dancing fans can't wait for the series to return this autumn with a whole new batch of celebrity contestants.

Although the show is still a fair while off, names of who could appear are already being dropped.

So far it is only rumours and theories about who is in the line-up for Strictly 2020.

Producers don't start revealing names until around the summer.

Until then, we will keep you up-to-date with who is likely to be part of the 2020 series.

Emily's name is being thrown into the hat.

The actress has seen her star soar since she appeared on I'm A Celebrity back in 2018.

The Inbetweeners star would be perfect for Strictly and would eb a big hit with fans.

The Sun have revealed how Strictly bosses have reportedly targeted Maya Jama.

Stormzy's ex announced she is quitting her job at Radio 1 to take on "new and exciting commitments" - and producers hope it will pave the way for her to join the show.

A source said: “Maya ticks a lot of boxes for the show. She’s great fun, has a massive following, especially among young people and, of course, she can dance.

“A lot of those taking part juggle other work but for Maya combining Strictly with a weekend slot on the radio would have been impossible.

The Sun revealed how Jonathan Ross’ wife Jane Goldman is in advanced talks for Strictly.

The screenwriter, who helped pen films including X Men: First Class, had a meeting with the show’s talent executive Stefania Aleksander in May 2020.

Jane, 49, is now a shoo-in to become the show’s first big signing of this series.

A source said: “Jane is one of the names at the top of the list for this year’s show.

“She has told friends she would love to have a whirl on the dancefloor.

Our Girl actress Michelle Keegan is apparently top of the Strictly bosses' list for the 18th series.

The former Corrie star has just finished filming BBC One drama Our Girl and is believed to be between projects.

A show source told The Sun Online: “Michelle ticks all the boxes. She’s glamorous, hugely popular and loves the show too. Producers are desperate to try and sign her up.

“They know that getting her to agree would be a massive coup and are hoping she will do it.

“In terms of timing this is a great moment for Michelle to do it."

The Loose Women star has admitted she'd "love to do Strictly" and is a huge fan of the show.

Partner Joe Swash recently won Dancing on Ice 2020, impressing the nation with his cheeky smile and moves on the rink.

Stacey told Good Housekeeping: "I love the show, I love the outfits, the routines, and how the contestants go from one to 1,000.

"But I would be the one that didn't get it… Everybody would expect me to go on this journey, but I would be persistently the same after 10 weeks! I would just stay the same!".

In March 2020 Jack P. Shepherd sparked rumours he was about to sign up to Strictly Come Dancing.

In 2019 his former co-star Catherine Tyldesley took part, while Natalie Gumede and Georgia May Foote have also done the show.

Taking to Instagram, she wrote: "Does anyone know of any good ballroom dancing classes in Manchester that @jackpsheperd88 and I can do x."

Apparently BBC bosses are super keen to get the comedian on the show and have approached him every year.

In 2019 Alan finally hinted he might do it - telling Loose Women that he'd agreed to sign up to the 2020 series.

He also spoke about Strictly to Graham Norton revealing: "They ask me to do it every year, and I say, 'No' because it's too much like hard work.

"I used to be able to slut drop, but I can't anymore, I'm at that age. I like Oops Up Side Your Head because you get to sit down!"

It wasn't meant to be for Made In Chelsea star last year as he was forced to pull out of the 2019 series of Strictly before the first episode, when he injured himself on the red carpet launch.

Jaime was due to dance with Oti Mabuse, but was replaced by Emmerdale actor Kelvin Fletcher - who went on to win the show.

A source told the Sun Online: "Jamie was devastated when he couldn't carry on because of his nasty foot injury.

"He went through a lot of physiotherapy to get well again [and] has been in contact with the BBC to confirm he's fighting fit and that he's more than able to take part in the next series."

The former Emmerdale star who used to play Andy Sugden in the ITV soap, was initially not even part of the BBC dance contest.

But after replacing Made In Chelsea star Jamie Laing he took the judges and fan's breath away with his rendition of the Samba in week one.

Bruno Tonioli even went as far as to describe the performance as the greatest debut dance he had ever seen on Strictly. 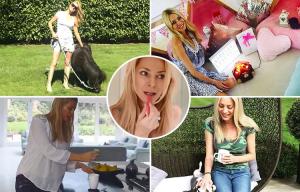 Inside Tess Daly's lockdown home with a huge lounge, pool and massive garden 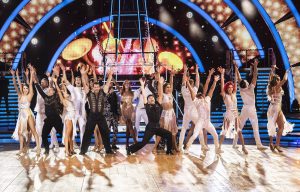 STRICTLY OFF THE CARDS 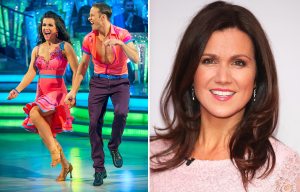 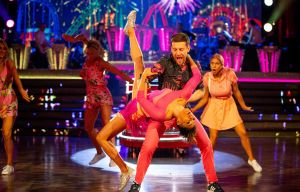 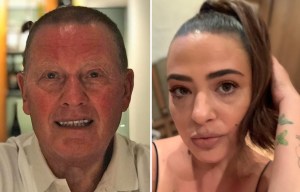 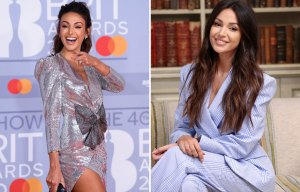 When is Strictly Come Dancing 2020 on?

The start date for Strictly Come Dancing 2020 is yet to be revealed.

However, it is likely to launch in August/September 2020.

The live shows usually kick off in October.

Once the show is on, episodes will be available to watch on the BBC iPlayer.

Sheffield will finish the Premier League season without defeats from clubs from London. 22 points in 10 games and 5 home wins
Bonucci on Juve's draw with Atalanta: We must look at the result. This is how Championships are won
Sterling surpassed Yaya Toure to become Manchester City's 2nd goalscorer in the history of the Premier League
Gasperini on two penalties for Juve: They are above any rules in Italy. Did we have to cut off our hands?
Sarri Pro 2:2 with Atalanta: We played with one of the best teams in Europe right now
Pep Guardiola: Manchester City have won a place in the Champions League on the pitch. I hope that UEFA will allow us to play
Atalanta extended their unbeaten streak to 14 games and is ranked 3rd in Serie A
Source https://www.thesun.co.uk/tvandshowbiz/11164948/strictly-come-dancing-2020-line-up/