The Great British Art Tour: we all owe this woman our lives

Lady Mary Wortley Montagu was a writer, traveller and medical pioneer. Born in 1689, she was a woman ahead of her time. Her 18th-century contemporary Joseph Spence described her as “…one of the most extraordinary characters in the world; … she shines like a comet; she is all irregular and always wandering…”

Born in Nottinghamshire, her connection with Sheffield comes through her husband Edward Wortley Montagu with whom she eloped in 1712. His family estates included Wortley Hall, north of Sheffield, although Lady Mary only lived there briefly. In 1716 her husband was appointed ambassador to Turkey and Lady Mary travelled across Europe to meet him in Constantinople (now Istanbul). She was a prolific letter writer, sharing details of everything from gossip, her tempestuous relationship with poet Alexander Pope, thoughts about literature and science and her quest to conquer smallpox. 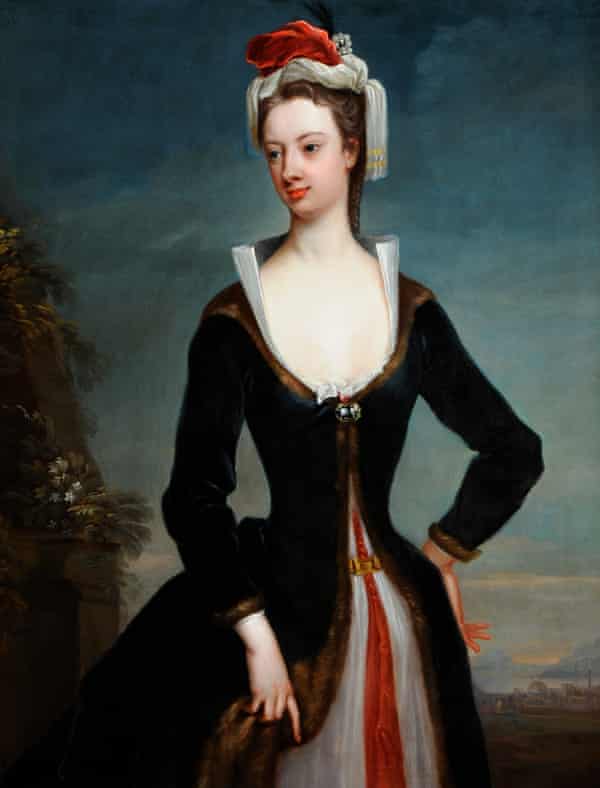 As a young woman, Lady Mary had caught smallpox – an epidemic that left one in four dead (and had killed her brother). Those who did survive were left with terrible scars, and, in Lady Mary’s case, permanent damage to her eyes as well.

While living in Turkey, Lady Mary witnessed local people being vaccinated against smallpox – a practice unknown at the time to western medicine. She had her young son Edward inoculated, and, despite a battle raging about the safety of the practice went on to vaccinate her daughter Mary during the epidemic of 1721. Back in England she became a strong advocate for smallpox inoculation and persuaded many in her circle to undertake the procedure, most influentially Caroline, Princess of Wales, who caused uproar by having her two daughters inoculated.

Her embrace of Turkish culture extended to local costume, and many portraits depict her dressed Turkish-style, which made this style of dress extremely popular in portraits of the time.

This painting, by Jonathan Richardson, originally hung in Wortley Hall. It was acquired by the city of Sheffield in 1977, firmly claiming the forthright and pioneering Lady Mary as one of our own, and she is a firm favourite with staff and visitors alike.

• You can see more art from Museums Sheffield on Art UK here, and find out more on the Museums’ website.

• This series is brought to you in collaboration with Art UK, which brings the nation’s art together on one digital platform and tells the stories behind the art. The website shows works by 50,000 artists from more than 3,000 venues including museums, universities and hospitals as well as thousands of public sculptures. Discover the art you own here.

Moreno has 6 goals in his last 5 games for Villarreal
Coach of Zagreb: In the matches with Krasnodar, we showed how good we are. Only the implementation needs to be worked on
Ole Gunnar Solskjaer: Manchester United are waiting for three important weeks, matches with Chelsea, Leicester. We are confident in ourselves
Gattuso on Granada: If Napoli were killing time like this, we would have been smeared in the press
Dzeko is Roma's top scorer in European competitions. He scored the 29th goal and beat Totti
Mikel Arteta: We got to give them two goals. Would hate to fly out of the Europa League
Milan kicked 18 penalties for the season. This is the best result in the top 5 leagues in Europe
Source https://www.theguardian.com/artanddesign/2021/jan/22/the-great-british-art-tour-sheffield-lady-mary-wortley-montagu

Liverpool set for Champions League boost at the perfect time

Billie Eilish: The World's A Little Blurry review – a fascinating look at an artist and idol

Lawyer for Britney Spears' father responds to fans over conservatorship