Toddler girl, one, dies after she was found unresponsive in garden pond as horrified locals say they heard ‘screaming’

A TODDLER has tragically died after she was discovered unresponsive in a garden pond.

Emergency crews were rushed to the home in Falkirk, Scotland, yesterday at around 6.10pm.

The 18-month-old was rushed to hospital but sadly couldn't be saved and was declared dead shortly after.

Police have now launched an investigation.

Horrified neighbours told how they heard screaming as the horror unfolded.

One told the Daily Record: "I was cutting the grass and then all I heard was screaming.

"I could tell by the screaming there was something seriously wrong, it was horrible, I can still hear it in my head,

"I couldn't really see what was going on, but cops were standing at the back door and looking into the house.

"Paramedics carried the child out into the ambulance and it went flying out the street behind a police car." 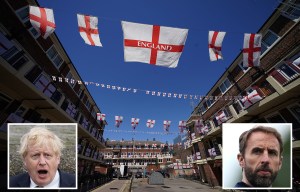 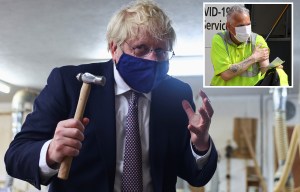 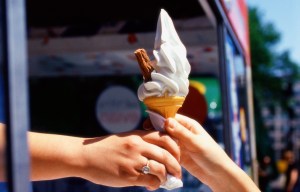 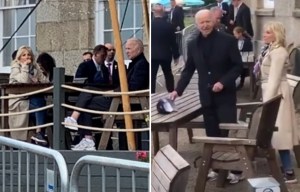 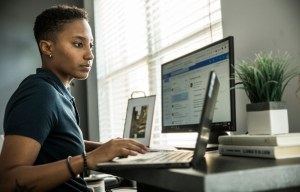 Brits may be able to work from home FOREVER, suggests minister 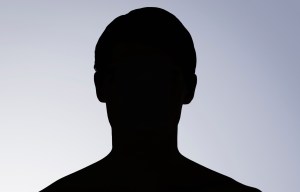 Police Scotland confirmed the girl had "fallen into a pond".

They said: "The child was taken to Forth Valley Royal Hospital for treatment, where she died a short time later.

"Enquiries into the incident are ongoing.”

Bystrov on the possible resignation of Cherchesov: If we take the result, then yes. We were told that the game would come
Lukaku scored the 3rd goal at the Euro, catching up with Ronaldo and Schick in the list of scorers
Andriy Shevchenko: Ukraine with such a level of play as in the first half-there is nothing to do in the playoffs
David Alaba: Everyone saw Italy play. But I believe that everything is possible in football
Spain is just awful. They only pass from side to side. Van der Vaart about Euro 2020
Dembele may miss 3 months due to a knee injury. The midfielder can be operated on
Austria coach Foda: Italy haven't lost in ages, but maybe the time will come when they will lose again

What is Senator Sheldon Whitehouse’s net worth?

Team news, injury updates, latest odds for Sweden vs Poland as nations battle it out to be Group E winners

William and Kate did not meet Harry after funeral over leak fears, author claims

Coffee IS the best hangover cure, scientists say – & three or four cups will get you feeling full of beans

Enough of this ­maddening caution, PM – our vaccines were supposed to free us

Son, 31, charged with murdering his mum, 63, who was found with serious stab wounds at a house in Potters Bar

Arizona feeling brunt of wildfire activity across US West

NASA sends squid from Hawaii into space for research

Horoscope today, Tuesday June 22: Daily guide to what your star sign has in store for your zodiac dates

Millions with asthma must get priority Covid booster jabs to lower risk of death, charity says

Snowflakes, you are the wokest link – goodbye, says Anne Robinson

Furious Anne Robinson explodes at 'woke' Britain: 'I'm fed up with being told what to do!'

ADVERTORIAL: The top CBD oils for helping to ease discomfort

‘It breaks your heart a bit’: The farmers burning their own crops to fight a mouse plague

This is how writing can improve your mental health

A million workers are still exposed to second-hand smoke, and this is dangerous

Brexit LIVE: We warned you! European businesses tied up over new rules after UK split

How to change the text to speech voice on TikTok

Federalism is an issue for the whole of the UK

The day the world caught fire

Tax rise to care cost cap – so just what is your social care plan, Boris?

How clean is your house? Kim Woodburn’s top cleaning tips to take the horror out of housework

Wills and Kate ‘did not talk to Harry after Philip’s funeral over fears conversations would be leaked’, historian claims

James Argent reveals he’s lost a whopping 5.5 stone and is back on solid food after gastric surgery