TYSON FURY is training four times a day during lockdown getting ready to “smash Deontay Wilder’s face in again” when they meet for a third time.

The Gypsy King regained his heavyweight crown as he produced a stunning display to stop the Bronze Bomber in the seventh round to win the WBC Title in February.

Fury, 31, ballooned up to 28stone the last time he was champ as he battled mental health issues that kept him out of the ring for almost three years.

After eventually getting back in shape to overcome Sefer Seferi and Francesco Pianeta in 2018 he then fought out a controversial draw with Wilder that December.

Following another two victories over Tom Schwarz and Otto Wallin he got his rematch with Wilder three months ago on an epic night that sealed his triumphant return.

Now the British superstar is continuing his strict training regiment throughout lockdown otherwise he says he would slip into a state of depression and anxiety.

Speaking on his Instagram Live, he said: “I absolutely love these workouts in the morning. Kept me going right through it all.

“Without these [workouts] I’d be in some struggle I tell you that, I’d be so depressed and so down and so anxious.

“But with these workouts it keep me going, keeps me motivated, everyday. 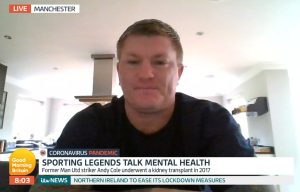 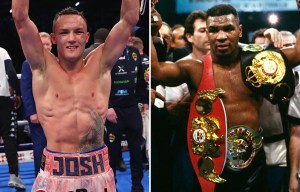 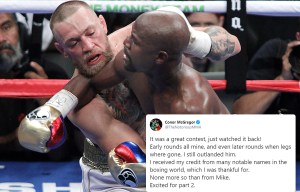 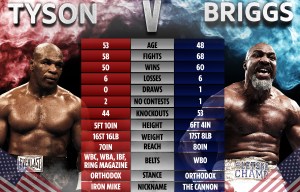 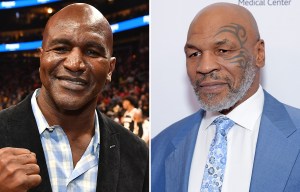 Despite talk of a unification clash with Anthony Joshua, Wilder has invoked his rematch clause.

And Fury says he cannot wait for boxing to return when it is safe to do so after the coronavirus pandemic to finish their rivalry once-and-for-all.

He added: “I can’t wait to get back and smash Deontay Wilder’s face in again.”

Getafe goalkeeper Soria on 0:1 with Real Madrid: a Draw would have been fairer
Courtois has kept 16 clean sheets in the League – more than anyone in the top 5 leagues of Europe
Ex-referee Andujar Oliver: Carvajal was clearly knocked down in the Getafe penalty area. A clean penalty
Carvajal on 1-0 with Getafe: we Should have taken advantage of Barca's misfire. Everything depends on us
Gattuso on 0:2 with Atalanta: I'm furious. I didn't like the attitude of the players
The match between city and Liverpool in an empty stadium is a very strange feeling. Pep reacts to a reporter shouting, Gary Neville can be heard across the podium
Sterling scored for Liverpool in the Premier League for the first time. It took 9 matches and more than 11 hours of play
Source https://www.thesun.co.uk/sport/11657294/tyson-fury-workout-wilder-smash-again/

Speeding drink-driver who killed OAP, 70, then went to the pub and ordered a pint is jailed for more than 7 years

Brexit latest news: UK and EU negotiations end early in Brussels ahead of next week’s talks in London – LIVE updates

Man charged as massive cannabis farm found in the borders

Were Ghislaine Maxwell and Jeffrey Epstein together? What to know about their relationship

Grandparents in Scotland can finally hug their grandkids on Friday

Gary Neville agrees with Liverpool over their big transfer dilemma

How many seasons of Long Island Medium are there and how can I watch?

Why did Yolanda Hadid and David Foster divorce?

True coronavirus cases for every area in Cumbria laid bare

Who was Robert Maxwell? Father of alleged Epstein pimp Ghislaine

Arteta tips Aubameyang to surpass Henry - if he stays at Arsenal

Who is officer Jaron Jones and what is the photo scandal related to Elijah McClain’s death?

Cancer survivor told she could never have kids has 'miracle' baby