UK weather forecast: Thundery showers to hit on Easter weekend but many will bask in 24C scorcher

THUNDERY showers will blast parts of the UK this Easter - as others bask in 24C sunshine.

Scotland, as well as northern and western parts of England, will be among those facing the washout while the rest of England and Wales is set to be bright and balmy.

According to the Met Office, Friday and Saturday will be a scorcher for England and Wales, with the risk of some heavy showers.

Downpours will be more widespread on Sunday, hitting the north and west the worst.

Met Office Chief Meteorologist, Frank Saunders, said: “The Easter weekend starts dry and warm for many with temperatures possibly reaching as high as 24C in parts of London and the south east on Bank Holiday Friday and Saturday also.

“As the weekend continues there is an increasing risk of showers, some of which could be heavy or thundery.

"By the start of next week, although it will be drier and sunnier again it will definitely feel cooler with temperatures reaching the mid-teens at best."

Today's weather will be dry and sunny for most, with clouds moving over parts of Scotland and Northern Ireland.

It comes as an 'African heatwave' blasts its way towards the UK, with pollen levels set to reach record highs this week.

Tree pollen levels will hit hard this week for all of the UK except Scotland and the far north of England, with the worst to come after Easter.

And grass pollen will “really kick off” in May and climax in June, industry leaders have said.

The NHS suggests wearing wraparound sunglasses, changing your clothes and showering after going outside and recommends staying indoors when pollen counts are high.

Dr Beverley Adams-Groom, chief pollen forecaster at the National Pollen and Aerobiology Research Unit at the University of Worcester, said: “We expect to see tree pollen reaching a high level in the context of our records going back as far as 1951. 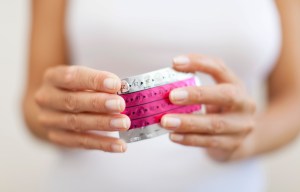 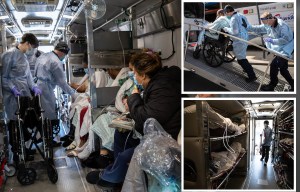 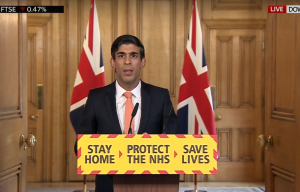 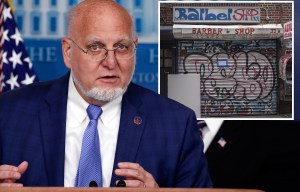 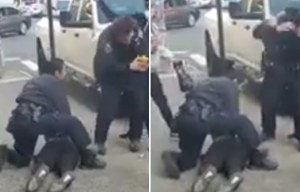 “Hayfever is miserable and very debilitating. Symptoms include sneezing, a runny nose, itchy and running eyes, congestion and sore throat.

“Coronavirus' most common symptoms of a cough and fever are not typical for hay fever.

“If in any doubt about symptoms, check on the NHS coronavirus webpage.”

The UK pollen forecast added: “Birch tree pollen will rise to high in the coming week in all areas apart from the far north of England and Scotland, where high is likely from mid-April.”

The salary cap is a post-virus goal of UEFA and the Bundesliga boss. Here's how the limit works in MLS, Rugby and China
Kevin-Prince Boateng on playing in MLS: I will be Mohammad Ali, leading the people
Messi may not play with Mallorca due to adductor muscle discomfort
Alexey Miranchuk can move to Fiorentina (Betting Insider)
Henri on racism: Why is this still happening in 2020? We demand changes
The defender from Burkina Faso is the new star of the Bundesliga. With him, Bayer won 11 matches out of 13
Giroud about the quarantine: I am a modern father. I like to change Junior's diapers
Source https://www.thesun.co.uk/news/11359844/uk-weather-forecast-thundery-showers-easter-weekend-scorcher/

Asda announces mega 70 per cent off clothing and homeware sale

‘No urinating’ signs put up in Victoria Park after complaints

Tour the stunning Northumberland coast from home in this lockdown treat

Full list of every McDonald's open across Merseyside & Cheshire

Kitchen is scene of most accidents in the home, new data shows

Kitchen is worst location for accidents in the home, new data shows

Best homeware discounts as John Lewis, Debenhams and Matalan slash up to 50% off prices in leftover lockdown stock sales

Royal Ascot prize money cut to nearly half of 2019 figure

When is my MOT due – have expiry dates been extended?

Who is I May Destroy you actress Michaela Coel?

Shielding to continue for longer for 130,000 people in Wales

Pensioner, 81, left heartbroken after prized pigeons were killed in a fire

Who is John Boyega, does the Star Wars actor have a girlfriend and what’s his net worth?

Stephen Gallacher tees off the golf season in West Lothian

Rules shoppers will have to follow when stores reopen on June 15, including one-way systems and no changing rooms

Hairdressers, barbers and salons could reopen later this month in new plans

Here's how you can shop Primark online and avoid the queues

Holly Willoughby explains difficult reason behind some This Morning mistakes

Petrol prices are set to rise despite continued falls in May

Aldi's baby and toddler event is back - with prices from 79p

Woman found covered in blood and smoking after 'murdering friend'

Peter Andre admits he’s at his wits’ end as son Theo, 3, keeps weeing in the garden on new reality show