AT the height of his career, Bobby Moore was one of the most famous football players in the world.

And you know what they say: 'behind every great man is a great woman'. Cue Tina Moore.

Who is Tina Moore?

These days Tina is in a long-term relationship with Irish bar owner Steve Duggan, who she met over a decade ago.

The ITV series Tina and Bobby, starring Michelle Keegan, is based on Tina's book, Bobby Moore: By The Person Who Knew Him Best.

She was also on hand before the show started filming as a script consultant and met with Michelle to help her get into character with tips and stories from her life.

How did Tina and Bobby Moore meet?

Tina Moore was 15 when she first met Bobby Moore, at the time he was playing for West Ham and earning £8 per week.

The pair were both out dancing at Ilford's Palais nightclub when Bobby asked Tina to slow dance with him to romantic classic Blue Moon.

He continued to pursue her and, even though she stood him up on their first date, refused to give up claiming that he had fallen instantly in love with her.

In a recent interview with the Radio Times, Tina said: "I wasn't overly impressed at first.

"He wasn't quite handsome, but he was good-looking, and charm personified... He never changed – always protective of myself and the children."

When were Tina and Bobby Moore married?

His hard work and perseverance paid off and they were married four years later on June 30, 1960, by this time Bobby was captain of West Ham.

Tina, ever fashion-conscious, wore a long white gown with a sheer lace overlay along with an orange bouquet of flowers.

Following the wedding, the couple moved to a modest three-bedroom home in Gants Hill, Essex, costing £3,850.

How was married life for Tina and Bobby Moore?

the achievements kept rolling in for the couple as Bobby was asked at captain the England team for the first time in May 1963 and two years later Tina would give birth to their first child Roberta, born in 1965.

In a recent interview with The Sun Online Tina spoke about what is was like for Bobby during that epic World Cup win in 1966.

She said: “Bobby had overcome cancer and there he was holding up the cup at the peak of his beauty and his footballing power.

“The whole of England was cheering for him. It was too much to take in.

“I remember Bobby walking up the steps to receive the trophy wiping his hands. That was typical of him.

“He wouldn’t have wanted to have sullied the Queen’s gloves. I was so proud of him. He was my world.”

Bobby's paycheck doubled and before long they moved into a more luxurious Georgian mansion in Chigwell. 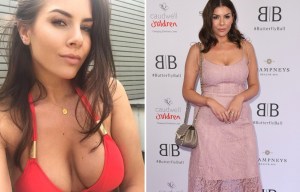 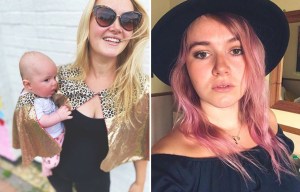 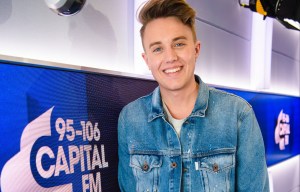 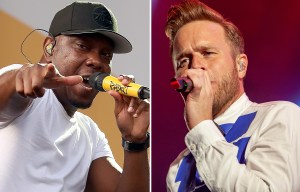 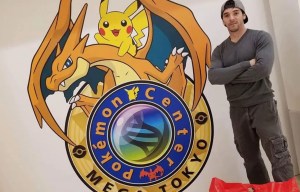 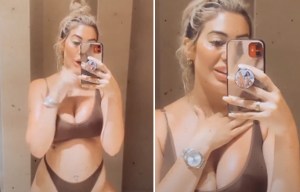 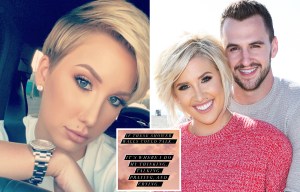 Savannah Chrisley admits she 'cries' in the shower after 'split'

How did Tina and Bobby Moore's relationship end?

The couple separated after 25 years of marriage after Tina found out Bobby had been having an affair with air hostess Stephanie Parlane.

"I was flabbergasted. The separation was horrendous," Tina admitted in a recent interview.

"But it was ten years before I stopped being in love with him."

He eventually married Stephanie, nine years his junior, in 1991 but passed away from bowel cancer just two years later in 1993 aged 51.

Nacional is not happy with the appearance of the Ronaldo Academy in sporting. The Academy of the club from Madeira is also named after the Portuguese
Liverpool did not find money for Werner, and then bought Jota for almost the same amount. And there is no contradiction at all
Ole Gunnar Solskjaer: Manchester United need 4-5 games to get going
Roma were awarded a technical defeat in the match against Verona. The club wrongly stated Diawara
Italian sports Minister: we will do everything To make the stadiums open again, from October 8
Morata will receive 7.5 million euros a year in See. He took a pay cut for a move
Liverpool made a request for Dembele's loan in June. The Frenchman decided to stay at Barca
Source https://www.thesun.co.uk/tvandshowbiz/2606463/who-bobby-moore-wife-tina-moore/

How long will the new coronavirus restrictions last?

Coachload of people from Bolton reported to be heading to Tenby

Mark Drakeford to address the nation tonight - here's when

Had enough of Mrs Hinch grey? How stars like Vicky Pattison prove it’s so passé… navy blue is the new must-have

Heartbroken dad breaks down in tears after baby boy, 1, is killed by a stray bullet during party in neighborhood park

Arctic ice in ‘meltdown’ after heatwave and forest fires

Trecco Bay caravan park asks everyone to leave because of lockdown

Where did Candace Owens go to college?

Bolsonaro to world: Brazil is victim of environmental smear

Foldable bathtubs are a thing and it's not weird at all

Coronavirus: What are the new rules around going to restaurants, from curfews to table service

One MILLION kids kept home because of coronavirus fears, according to latest figures

Breaking: East Kilbride pubs and restaurants will have 10pm curfew from Friday

LIVE: Long delays on M60 near Simister Island after crash

Poll: Do you think council should press on with CTLR project?

Leslie Leach pleads guilty to burglary after being caught red-handed

Why has Leyton Orient vs Tottenham been postponed, and will Spurs get a bye to next round of Carabao Cup?

‘Stressed’ mum, 24, ‘accidentally’ hanged herself to get her boyfriend’s attention after they argued the night before

How to tell the difference between 'fresher's flu' and Covid-19

‘I hope people don’t think I’m a horrible human’: What it’s like being a stock image model

Catching flu and coronavirus together more than DOUBLES risk of death, experts warn

Great British Bake Off rescheduled due to Boris Johnson's announcement

Was DJ Boof fired from The Wendy Williams show?

California fire threatens over 1,000 homes as blazes burn across US west

John David Washington weighs in on potential Tenet sequel: ‘In my mind, that’s a yes’

Black Friday 2020: Which stores are taking part in the UK?

Fears grow for man believed to have vanished to Windermere

New emoji will include interracial relationships and gender-neutral options

How to stream Millwall vs Burnley, kick off time and match odds for Carabao Cup tie