Why are people slamming Sebastian Stan on Twitter and why do fans think his girlfriend, Alejandra Onieva, is racist?

Here is more on the online brouhaha.

Who is Sebastian Stan and why are fans canceling him on Twitter?

The actor and his new girlfriend have been angering fans by apparently blocking them on Twitter.

As a result, #sebastianstanisoverparty is trending.

Stan has starred in such films as Captain America: Civil War and Avengers: Endgame.

He has been reportedly dating actress Alejandra Onieva.

Ironically he said earlier this year that he has gotten into photography to cope with the coronavirus crisis while living in New York City.

“There was something about seeing these structures, these massive buildings, seeing them weathering the storm,” he told The Cut.

“It doesn’t matter what’s going on, who’s around, or what we’re facing.

"There’s something about the architecture, sort of like the weight of these buildings, that just exudes perseverance in a way.

"It just made me feel less alone.”

The couple was recently spotted on vacation in her native Spain, according to Extra.

Who is Stan’s girlfriend and why do fans think she’s racist?

"Also so everyone knows why #sebastianstanisoverparty is trending, Sebastians gf posted this old photo which is very racist, and some of sebastians (old) fans posted about it on insta asking for it to be taken down, instead of taking it down sebastian and his gf blocked them," one Twitter user named Maya wrote.

Users claims the photo made fun of Asians.

Maya continued: "One of my friends also said that the original person he blocked is asian, and took serious personal offense to what was said and they both proceeded to block.

"Overall this was the wrong way to go about the situation for both of them, and i’m seriously disgusted to be honest." 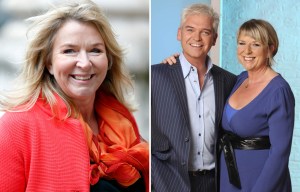 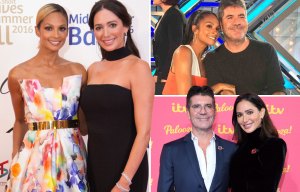 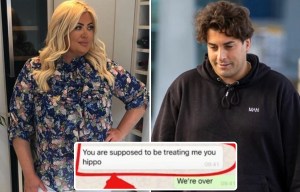 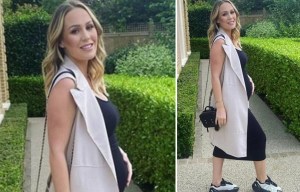 Kate Ferdinand shows off her baby bump during girls' day out

Onieva is known for appearing in the Netflix series High Seas.

Have they responded to the backlash?

It does not appear that the couple have responded to the criticism.

Barcelona believes that Messi will be fit for the 1/4 final of the Champions League, despite being bruised in the match against Napoli
Nagelsmann on rejecting Real Madrid in 2018: I Didn't think going there was the right move
Ole Gunnar Solskjaer: We will see a better Pogba in the coming seasons. He is approaching the peak
Lothar Matteus: Bayern need to make a lot of mistakes to lose to the current Barca
Pedro said goodbye to Chelsea: it Was an honor to play for the club and be a member of a big family
Tammy Abraham: Lewandowski is the best striker in the world
Dinamo Brest will play Astana, Celtic will play CR Reykjavik in the 1st round of Champions League qualification
Source https://www.thesun.co.uk/tvandshowbiz/12124559/sebastian-stan-alejandra-onieva-twitter-social-media/

Boy, 11, crushed to death by 2-tonne concrete slab in playground

Seagull shoplifter steals packet of crisps from cafe before legging it

Inside the garden of Britain’s biggest family where parents-of-22 Sue and Noel Radford have a cinema, hot tub and bar

Driver in serious condition after crash into traffic sign

Billy Joe Saunders tells Canelo ‘if you beat me, don’t pay me’ as he tees up mega bout with Mexican

Best student bank accounts of 2020, including free four-year railcard and up to £3,000 interest-free overdrafts

12pm Man Utd transfer news LIVE: Jadon Sancho BACK in the UK as he closes in in move, Paul Pogba LATEST, Henderson deal

Man and woman rushed to hospital after attack in Scots home

The married couple who waited 60 years for this emotional breakfast

Handy barbecue hacks that'll up your grill game this summer

Coronavirus POLL: Should Brits be forced to have jab once developed? VOTE

NUFC transfer gossip: Race for Wilson and King heat up

Motorist who flipped car on A590 banned from driving

Laughing through lockdown, the doorstep portraits of Oldham's residents

Who is James Green?

250,000 young mums missing out on weekly food voucher - how to apply

Boris Johnson 'to travel to Scotland' for two-week family staycation

Every League One signing as clubs getting busy for season restart