WHAT sense would it make to invite thousands of new EU migrants to staff our care homes if four million Brits are unemployed?

In January we had full employment and historically low unemployment.

There might then have been a case to exempt sought-after EU carers from the new points system. But not now.

Boris Johnson must not falter in the efforts to train more people for those often gruelling jobs and make the roles more attractive through higher pay.

But with millions blamelessly out of work, there should be no shortage of British recruits willing to retrain.

We’re all for the points system ­outlined by Home Secretary Priti Patel — immigration based on merit.

But when she also promises to bar serious EU criminals, and expel any foreign-born villains jailed here for a year or more, she had better be serious.

Because the numbers actually deported never match the rhetoric.

Is it any wonder Brits are so reluctant to wear masks?

It’s not just that we are too, well, British about it. It’s that the Government’s messaging has been a fiasco.

First their scientists said masks were all but pointless.

That was obviously cobblers — they were bound to help to some extent, as The Sun said in April.

Now they’re compulsory on public transport and, despite Michael Gove’s denials, about to become so in shops with a £100 fine for disobeying.

Daily deaths and infections are both on the way down. That’s good.

But how much faster might that have happened had the Government told us to wear masks routinely three months ago?

The warnings from our vital global ­security partners ­cannot be ignored.

The PM must today bar Huawei from our 5G network, then the rest of it.

China’s lethal secrecy over Covid, its betrayal of Hong Kong, its human rights abuses and its cyberwar on the West must not be tolerated or indulged.

BT warns it will take a decade to rid our networks of Huawei. We doubt that.

But if so it had better get cracking. 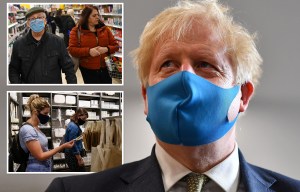 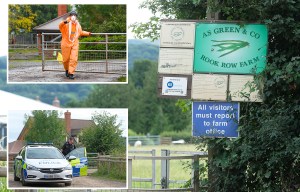 It’s not difficult, is it?

If you ditch your Royal duties for a glitzy new life preaching woke environmentalism from a Beverly Hills mansion, don’t drive about in one of the world’s worst gas guzzlers doing only 14mpg.

Even Greta Thunberg has sense enough to avoid, say, seal-clubbing or emptying her bins in the sea.

Does it never occur to Harry and Meghan to practise what they preach?

Or is that just for the little people?

The baby may get angry and leave. Luis Suarez Miramontes about Messi
Joan Laporta: bartomeu's Words are a manifestation of cowardice and failure
Neuer on Ter Stegen: a Great result for Bayern, but I don't want my teammates to experience this
Messi is painful to watch. He did not help with goals and assists, in his eyes – hopelessness
Barcelona will be fired after Selena 2:8 from Bavaria (Fabrizio Romano)
Neymar went further than Barca in the Champions League for the first time after moving to PSG
Philippe Coutinho-transfer nightmare that brought Barcelona a lot of pain
Source https://www.thesun.co.uk/news/12113224/brits-out-of-work-eu-migrants-care-homes/

World Snooker final – O’Sullivan vs Wilson FREE: How to watch the action from the Crucible without paying a penny

Why did Fortnite get banned on Apple and Google Play?

Maisie Smith to be 'investigated by EastEnders bosses' after smoking pics

Two taken to hospital after nasty looking crash on A469

Boy, 13, is second teenager charged with murder of man found dead by church

Ranch fire Azusa map: How many acres have been burnt in Mountain Cove?

Ulrika Jonsson reveals stories behind her 13 tattoos including a devil on her bum, a dog’s paw and a sex symbol

Coutinho refuses to celebrate after scoring in Bayern's Barca destruction

Manhunt for ‘killer who fatally shot girl, 2, in the head while she sat in a car backseat’

Judge accused of threesomes with secretary and fellow judge was only playing a ‘prank’ on gossipy coworkers, aide says

Up to 2,000,000 GCSE results ‘likely to be downgraded’ with disadvantaged hardest hit

Khloe and Tristan share tactile moment as they 'rekindle romance'

Anne’s bodyguard shares his found, fruity memories of The Princess Royal as she turns 70