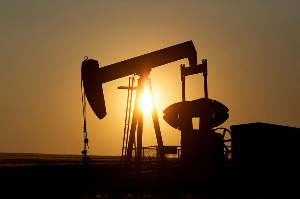 Oil and gas companies worldwide are taking an axe to their employment rolls, shedding workers to survive what is expected to be a prolonged stretch of weak demand.

Exxon Mobil Corp. said it will cut its workforce by 15%, or about 14,000 people, along with oil majors Chevron Corp CVX.N and Royal Dutch Shell Plc RDSa.L.

All told, more than 400,000 oil and gas sector jobs have been cut this year, according to Rystad Energy, with about half of those in the United States, where several big exploration companies and most large oil service companies are headquartered.

Coronavirus has devastated swathes of the global economy, with energy, travel and hospitality among the industries hit hardest. Energy companies were already struggling with weak returns, particularly those operating in U.S. shale regions, but have had to double down on cost cuts as investors pressure companies to improve margins.

“The COVID-era reality across the oil industry is austerity on an epic scale. There is no escaping the fact that this means, among other things, job losses,” said Pavel Molchanov, analyst at Raymond James.

Global fuel demand slumped by more than a third in the spring. While consumption has recovered somewhat, it remains lower than a year ago with major economies resuming lockdowns to contain the pandemic.

The downturn has been particularly harsh in the United States, the world’s largest crude oil producer. The nation has recorded the most deaths from coronavirus, and the damage from the pandemic has sent unemployment to about 8%.

U.S. Energy Secretary Dan Brouillette said it is unlikely to return to the peak, near 13 million barrels per day, reached in 2019, largely through the use of fracking technology used by shale companies. The shale industry has been hit hard by the pandemic because it is easy for oil firms to cut staff and spending in the sector.

Fracking has become a hot-button issue in the U.S. presidential campaign.

Consolidation is helping drive job cuts. Chevron plans to eliminate roughly 25% of the staff acquired with Noble Energy, which it acquired this month. Shell said its oil output likely peaked last year, and it plans to cut roughly 10% of its workforce. Cenovus said it will cut 25% after it buys rival Husky Energy Inc HSE.TO.

In Australia, more than 2,000 oil industry jobs have been cut since March, including at Exxon and Chevron. Top independent gas producer Woodside said earlier this month that it would cut around 8% of its workforce.

Mohammad Barkindo, secretary general of the Organization of the Petroleum Exporting Countries, recently expressed concern that the pace of oil demand is below expectations, potentially requiring major producers to maintain production cuts.

Not all companies are throttling back. PetroChina Co Ltd 601857.SS, Asia's largest oil and gas producer, reported a 350% surge in profit from a year earlier.

Currently, futures markets suggest crude prices LCOc1CLc1 may not advance beyond $40 a barrel for at least two more years due to weak demand, and that could limit hiring.

“The practical reality is when you have oil prices in the $30 to $40 range, I don’t think many companies have the luxury to wait for a recovery,” said Alex Pourbaix, chief executive at Cenovus.

Liverpool and Porto broke into the Champions League play-offs - there are already 8 teams. Which ones? And who is about to be added to them?
Now Liverpool are also without Alisson. The group was won by his 22-year-old substitute with 0 minutes in the Premier League and the Champions League
Diego Simeone: In three games where there were draws, we deserved more
Conte on victory over Gladbach: We beat the group leader and are still alive
Klopp on the victory over Ajax: One of the most important matches of the Champions League in my time at Liverpool
Llorente on the draw with Bayern: we Feel anger and rage. A last-minute penalty leaves a bad taste
Jordan Henderson: aware of Liverpool's injury problems, but there is a sense of unity in the dressing room
Source https://www.ghanaweb.com/GhanaHomePage/business/Coronavirus-consolidation-taking-toll-on-energy-jobs-1097083

Huawei begins to get rid of Android on its smartphones

Zeepay poised to be 2nd largest MoMo operator next year

Fuel Prices To Go Up In December

Re: Transfers Of Tax Revenues By GCB To “Unknown Sources”- GH¢ 52.5 Billion

Newcastle game with Villa postponed due to Covid outbreak

Stakeholders asked to collaborate to meet Target 8.7 of SDG

Man who earns GH¢ 308 monthly took lady out, she ate food worth GH¢69 and this happened

40 persons fail to vote in Special Voting in Bongo

NDC not interested in churning out fake news – Asiedu Nketiah

President calls for interdiction of security agent for assaulting a soldier

Expansion works on Sunyani Airport to be completed on this date

#EndSARS: ‘I No Longer Hide My iPhone When I See Nigerian Police’

We Need To Buy New Cars, Please Stream Our Songs

GH Election 2020: Why Do Politicians Wait Till Their Fourth Year In Office Before Doing Things?

Your claims against me ‘most unfortunate’ – Prof. Adei to Mahama

Afia Schwarzenegger And Medikal To Drop A Single Titled “Pandemic”? » ™

Special Voting was peaceful in Central and South Tongu Districts

No need to break the bank! Enjoy powerful features with Huawei Y7p

Kiddwaya Subtly Shades Critics, Says The Hate In Their Hearts Will Continue To Remain There

Special Voting ends in Akatsi South without any trouble

Reject those trying to buy your votes

Aisha Modi Is A Liar

You Came To Ask Stvpid Questions? – Funny Face Tells Kwaku Manu After Asking If He Still Loves His Baby Mama

VIDEO: Christmas Is Near, Don’t Offend The Men

Hajia4Real Aka Mona4real Shows Off Her In-House Studio (Video) » ™

Afia Schwarzenegger Advises Ghanaian Ladies Ahead Of The Christmas Festivities

Get ready for our wedding-Funny Face to marry baby mama, Ama Vanessa