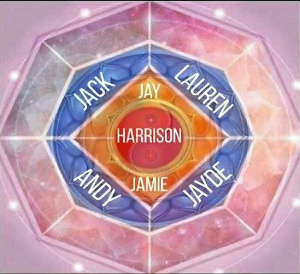 In 2019, the Economic and Organised Crime Office (EOCO) announced that money-making scheme, Loom was a scam.

In a press release, EOCO called on Ghanaians to be cautious and not invest their monies into this ponzi scheme.

It furthered that people who do not pay heed to this advice do so at their own risk.

The release, signed by the head of public affairs, Jacqueline Avotri indicated that "Loom is a scam and the general public is cautioned to desist from investing and patronizing the Loom.”

The Economic and Organised Crime Office (EOCO) has issued a warning to Ghanaians to be wary of the Loom money-making scheme, describing it as a scam.

“It is a scam and the general public is cautioned to desist from investing and patronizing the Loom,” EOCO warned in a statement signed by Jacqueline Avotri, the head of public affairs, adding: “Anyone who transacts business with the Loom does it at their own risk.”

Loom is a pyramid scheme not controlled by anyone centralized organization or institution. It operates purely on the voluntary participation of individuals by using the strategy of network marketing.

Anybody at all can start the scheme by convincing others to join his/her Loom WhatsApp group with any fixed amount payable by the Loomers. Once the group hits eight members, the person who started it cashes out the fixed amount of money contributed by each member and then exits the group paving the way for the second person who joined to take his/her first place and the cycle continues.

In its warning statement, however, EOCO said “in line with its mandate to prevent and detect organized crime”, it “will continue to monitor developments with online investments with the view to ensure that citizens are protected from scammers and fraudsters.”

The Loom circle, also known as “Fractal Mandala” or “Blessing Loom” first started in the UK and has seeped into other parts of the world including Nigeria where it is known as “Loom Money Nigeria”.