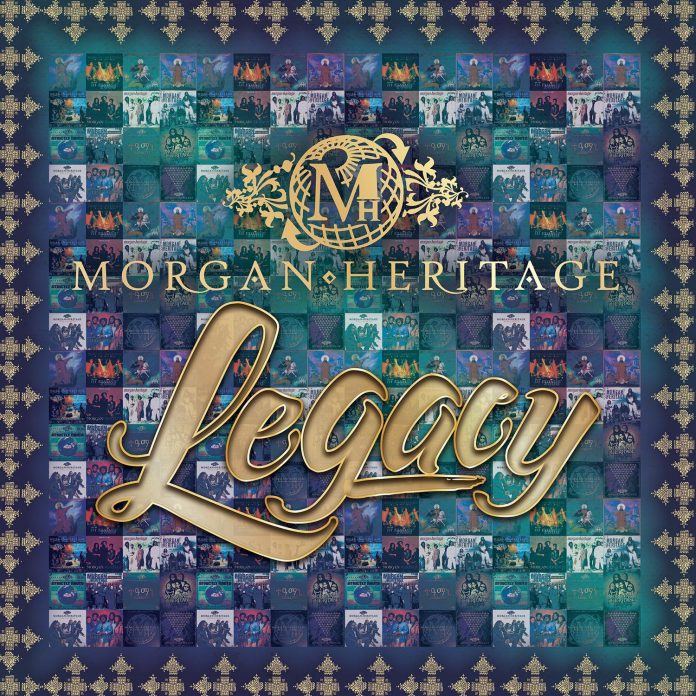 On the heels of their 2017 Grammy winning album, AVRAKEDABRA, the reggae royalties are excited to release a new project reflective of their longstanding Legacy, all pun intended. This forthcoming project will feature remastered versions of some of their greatest hit singles including “Don’t Haffi Dread,” “Down by the River,” and “Perfect Love Song,” among others.

Teaming up with some of Jamaica and Africa’s most renowned musicians, the band taps Ziggy and Stephen Marley, Bounty Killer, Shaggy, Chronixx, Beres Hammond, Patoranking, Stonebwoy, and more for their newer singles off the upcoming album as they continue to infuse the sounds of reggae across the diaspora and globe. With countless albums charting in the top 10 on the Billboard Reggae Charts, including their Grammy-winning projects Strictly Roots (2015) peaking at #1 and Avrakedabra (2017) peaking at #3, these reggae legends continue to shape the narrative of reggae music on the global stage. See full tracklisting below:

Most recently, they have teamed up with cryptocurrency blockchain NFT Solutions to release their upcoming album with exclusive bundle deals via Bondly, kicking off their pre-sale event today! The pre-sale package includes NFTs with their new album, merchandise, as well as, a giveaway of over $10,000 in prizes. The highly desirable Gold NFT bundles include a digital download of the new Morgan Heritage album Legacy a day before global release, and a Gold NFT from Bondly Finance. The prizes include a chance to win a $100 Amazon Gift Card, a Vizio 50″ TV with a PS5 and a MacBook Pro 13” 256 GB, as well as free VIP Access to the Legacy Live Stream Virtual Concert, 2 VIP tickets and VIP experience for every token holder to 1 Morgan Heritage concert anywhere in the world (excluding festivals) with a few minutes to hang out with the group, and a Morgan Heritage x Bondly swag that includes an autographed Legacy album poster. As the trajectory of the musical landscape shifts to a more digitally inclusive space, the reggae band aims to reach their fans across all platforms and generations.

Morgan Heritage states “The combination of music and technology is more relevant today than ever. We’re excited about what the future holds not just for Reggae music but entertainment on a whole. As we saw the internet change the world, we believe the blockchain will again change the world and it’s important to us that our fans are not only aware but are involved as early as possible”

Bondly CEO, Brandon Smith, added “We’re proud to continue developing unique NFTs for Morgan Heritage and its global fan base, so they continue to expand their engagement and NFT market value simultaneously. We’re committed to supporting Morgan Heritage bringing their music to dedicated fans while introducing it to new audiences through this new technology.”i

Cheetah FC Lands A Bumper Deal With Adonko Next Level

Ghana Could Shake Up African Financial Markets with CBDC

Religions and Persecution of Non believers in Africa

The Potatoes and Its Contribution to the Human Diet and Health

List of prices of global commodities as of June 15

Central bank survey: Singapore GDP could grow by 6.5 percent in 2021