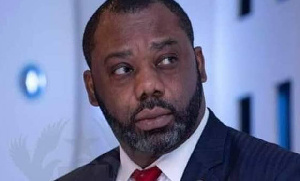 The Minister of Education, Dr. Mathew Opoku Prempeh has denied claims that the New Patriotic Party (NPP) promised to build 350 Senior High Schools (SHSs) when they were in opposition.

“The people in NDC are saying that Nana Addo said he will build 350 schools. They should tell me the book they found that in. Our manifesto for 2012 and 2016 are there, they should show me the page on which that can be found. We never said we will build 350 schools. In fact, there is nowhere in the 2016 manifesto that we said we were going to build schools,” he said in an interview on Accra-based Asempa FM which was monitored by MyNewsGh.com.

His current stance is however is in sharp contrast to what the Communications Director of the NPP, Nana Akomea said in March 2016.

Mr. Akomea revealed that the NPP will build 350 day Senior High Schools (SHS) from 2017 if the party wins power.

“This whole idea of John Mahama saying I will build 200 schools was in reaction to Nana Addo’s plan to build 350-day schools as part of the free SHS agenda. So John Mahama also brought this thing that I am also going to build schools, it wasn’t part of their initial plan,” he said.

Meanwhile, the Education Minister said only 29 out of the 124 E-blocks promised by the John Dramani Mahama administration have been built although they signed contracts for all the 124 school buildings.

He indicated that the NPP administration on the other hand within a short period has been able to complete 28 of such E-Blocks.

Mr. Opoku Prempeh said there are some places where the schools may need a boarding facility and as such, government has decided to construct boarding houses to make the school attractive to children in the community and nearby communities.

Bayern won their 16th consecutive European Cup match and repeated Atletico's record
Atalanta scored 2 goals for Liverpool in 4 minutes. The Reds missed out for the first time in this Champions League
Mike Tyson: Maradona was my hero and friend. We were compared. I will miss him
Lewandowski scored his 71st goal in the Champions League and shares third place with Raul. Ahead-Ronaldo and Messi
Vidal was removed for arguing with the referee in the game with Real Madrid. He received two yellow cards in a minute
Koke first played 100 games for Atletico in European competitions
Pep on Maradona: Saw the banner: it doesn't matter what you did with your life. It is important that made for our
Source https://www.ghanaweb.com/GhanaHomePage/politics/NPP-has-never-promised-to-build-350-schools-NAPO-1091995

Bawumia to speak on future of Ghana’s economy on Thursday