Fixthecountry Conveynor Oliver Barker-Vormawor has reacted to a leaked letter on tithes and offering performance, signed by Apostle Eric Nyamekye, Chairman of the Church of Pentecost.

Oliver posting the letter as shown below wrote; “When your economy is bad, but it’s not your Government’s fault!” .

The letter titled tithes and offerings performance reads below;

“According to the tithes and offering analysis from the Finance Department at the Headquarters, it emerged that Downtown Ofaakor Area, for the 1” half of the year (January to June 2022), was unable to meet its budget. The budget for the 1 half was GHS3,188,529. However, the Area recorded GHS2,780,537 with a variance of GHS407,992 representing 12.80%. 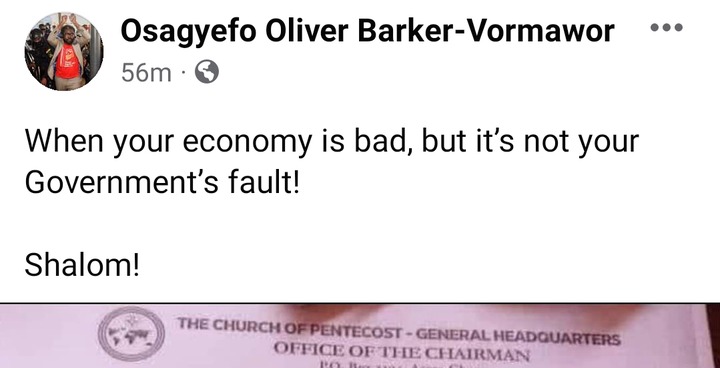 We are aware of the global effect of the war in Ukraine and the hardship that the COVID-19 still imposes on our members. But the above notwithstanding, let us continue to work hard at achieving our annual budget as we also pray with you.”

Oliver Barker insinuated that, the Church of Pentecost should acknowledge and tell government that it is it’s fault for the current economic hardship.

A user wrote that; How this letter found its way into the media space will remain a mystery forever. 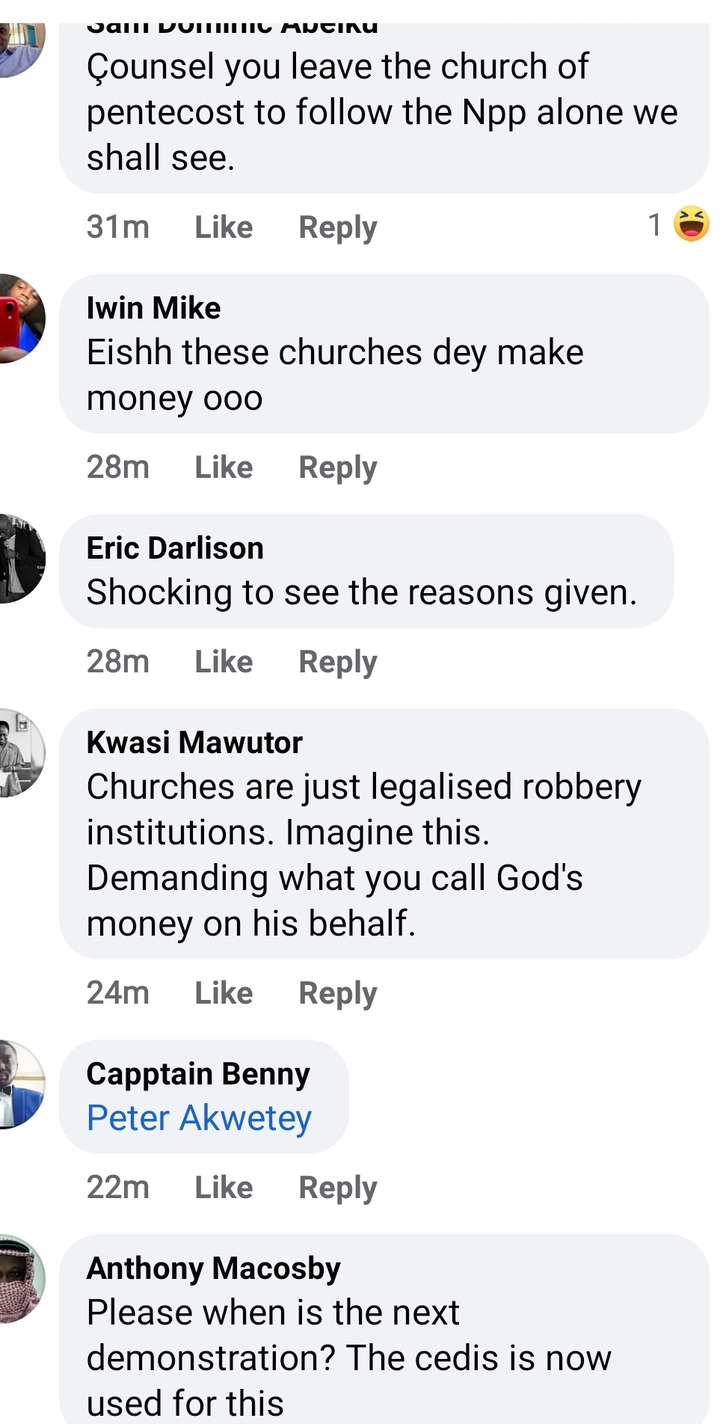 “So the church couldn’t even admit and blame this government for bad leadership that’s affecting businesses leading to the declining of tithes but blaming Russia-Ukraine war, ah well, we all dey this country inside.” A user asked.

That’s the money the Church used for the construction of Prisons, schools, hospitals, water and vehicles it gave to NCCE during COVID and PCC facility where COVID-19 patients were treated. So what’s the big deal bro? A user quizzed.