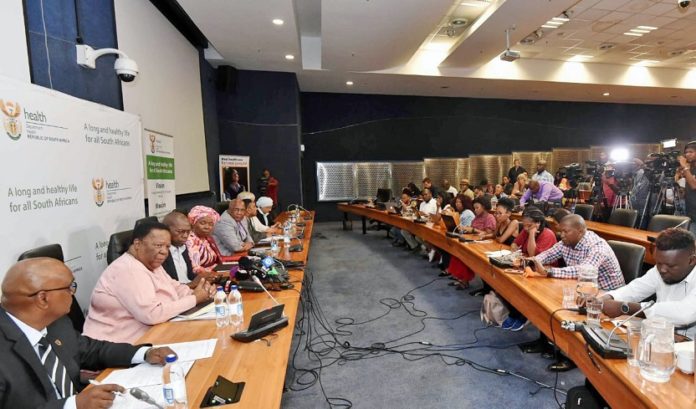 He said the third wave of the pandemic was likely to be “severe” in populous provinces such as Gauteng.

“So we are concerned that we’ve already started seeing numbers picking up in Gauteng. But to get out of the third wave we will need to be strict with our protocols,” Mkhize said on SAfm radio.

He told the media that experts believed that the severity of the third wave would depend on how people behaved in terms of following regulation measures. Enditem

Dumfries about 3:2 with Ukraine: The most beautiful goal of my career, but not my best game
I saw the best Euro match with my own eyes. Ukraine respect for the character, the Netherlands-for the power and class
My mother didn't eat in the evenings because she left everything to us. New England star Calvin Phillips
Wijnaldum celebrated a goal for Ukraine in the style of van Dijk. He has already done so-constantly supports a friend
Andriy Shevchenko: Ukraine has found the strength to change the course of the game, to go on the attack. The team showed itself very well
Yarmolenko about 2:3: The Netherlands is one of the best teams in the world. But it was not a one-goal game
Ilya Herkus: The Netherlands is head and shoulders stronger than Ukraine. Class is class