One of the suspects in the Takoradi Kidnapping case, John Orji, claims he was tortured during interrogation.

Orji was arrested in Aflao as a witness and accomplice to the main suspect, Sam Udoetuk Wills.

Appearing before the Takoradi Market Circle Magistrate court, he alleged he was tortured by police during his interrogation and maintained his innocence.

He named implements like electric shockers, sticks, wires and pliers as instruments of the torture.

Orji, in a response to an indictment statement about how he collaborated with Sam Wills in the kidnapping, told the court, presided over by His Worship Michael Ampadu, that even though Wills had said he was not the witness he mentioned, investigators tortured him for several days to force him to say yes.

“I'm a salesman that sells Tobacco in Nigeria. I was lured through a social media friend who hacked my account to get me arrested in connection with the mentioned suspected witness John. By debating and struggling with the Police upon my arrest, they told me three Ghanaian girls have been missing which I replied I know nothing about it,” he narrated.

“They asked if I know any Samuel who has been arrested but I said no. I was asked to comport myself for I was being taken to Ghana but would be returned after investigation if found not guilty. After arriving in Ghana, the suspect Sam Wills was brought for identification if I know him, I said I know his face but nothing about his activities or his family.”

“Upon further interrogation, they started torturing me with electric shockers, sticks, wires, pliers to pierce my skin severely and handcuffs my hand and legs for several days all to persuade me to say yes to what I know nothing about. When Sam Wills was asked if I was the John he mentioned, he said no, I'm not but the Police insisted Sam mentioned me as the John. I'm totally traumatized for 366 days though the suspect didn't mention me as the John.” 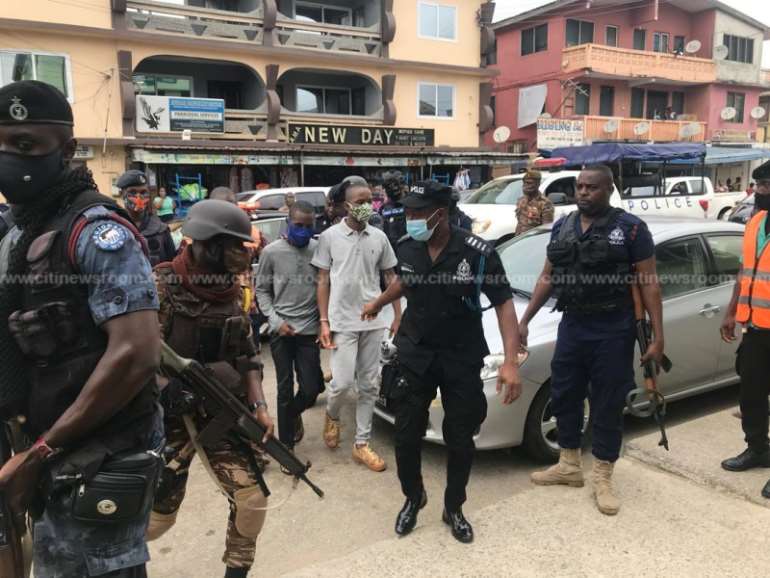 John Orji, who together with Sam Udoetuk Wills, was today charged with conspiracy and murder, also appealed to see his pregnant wife.

They are to stand trial at the High Court on July 14.

“I plead to the court and seak pro bono from the court as I have been denied access to my wife and children for 66 days. I'm asthmatic and my wife was pregnant when I was arrested.”

When Samuel Udoetuk Wills was asked by the court if he had other witness or anything to say about the indictment read by the State Attorney, Patience Klenogo, Wills said he had nothing to say except that he has not been given lawyer.

He added that he will bring a suspect for the trial at the High Court after getting a counsel.

The presiding magistrate asked the state to arrange to get Wills a counsellor and check if it would be possible for Orji to see his pregnant wife.

Meanwhile, the father of Priscilla Bentum, one of the victims, who sat through the proceedings told Citi News the suspects should face the death penalty if found guilty.

“What I can say is that the case is taking long. It would be two years in coming August. Right from the beginning, the charge has been kidnapping. Have they now realized that it is a murder case. It's back and forth so all I will say is that it is all in their hands and they can do whatever they like. If the Police is now saying it is murder and then they should also be killed when found guilty.”

Bayer sports Director Feller on Havertz: We agreed that if possible, he could leave this summer
Roma midfielder under has agreed a 5-year contract with Napoli for 3.5 million euros a year
Baros will end his career at the end of the season
Pogba and Brunu were injured when they collided in training. The Bournemouth game is in question (Daily Mail)
Ex-President of Barca Gaspar: Messi has a few more years to be the best player in the world
Morata scored a double for Atletico for the first time since March last year
Rummenigge on Tiago: there have been no Contacts with Liverpool, but he wants something new
Source https://www.modernghana.com/news/1010175/takoradi-kidnapping-suspect-alleged-police-tortur.html

NPP more interested in elections than safety of Ghanaians – Minority

Election 2020: Let’s commit to peace in all our activities – Peace Council

I don’t regret outburst at producers

Sista Afia Reveals Working On A Song With Stonebwoy

It's Your Civil Right To Register And Vote — Darko-Mensah

My Love For You Is For Life! Shatta Wale Celebrates Fantana As She Celebrates Her Birthday » ™

D’Banj Sues Lady Who Accused Him Of Rape For N1.5billion

Getting Signed To Zylofon Media Is A Dream Come True

Prophet Nigel Gaisie Carries Beautiful Woman On His Back In Church |

Elevation Conference: Christians asked not to depart from God in this COVID-19 season

Serwaa Amihere, Lydia Forson And Others Bash Carlos Ahenkorah For His Carelessness » ™

US Federal Prosecutors Officially Charge Hushpuppi For fraud. Faces 20 years in US Prison |

‘I Owe A Blast Of Your Life’

S/R: 3 tied overnight for stealing a goat at Damongo

Tinny has not tested positive for Covid-19 – Mgt

If You Don’t Hustle As A Man, You’ll End Up Marrying Your Ancestor Like Keche Andrew

We must rather applaud Carlos Ahenkorah – Ursula

Dubai Police, FBI agree to extradite Hushpuppi, partners to the US

Ghana Hajj Board to refund payments for cancelled 2020 Hajj

African airlines could lose $6b due to COVID-19

2020 Elections: Youth Coalition For Promotion Of The SDGs In Ghana On  Petition To Mainstream Climate Change Sensitization Into Political Party

There Is No Way A Man And A Woman Can Be The Same, Stop Calling For Equality

I have lost Alfred Kotey, the man behind my rise to greatness- Ike Quartey

Carlos Ahenkorah must be removed from parliament – Lawyer

Auditor General Fights Back As He Proceeds On Leave