Today, Sunday, May 16, 2021 marks exactly six years since one of Ghana’s largest apolitical protests in recent history was staged.

The peaceful #DumsorMustStop vigil was spearheaded by Ghanaian actress, Yvonne Nelson and a host of other public figures to protest against frequent power outages in the country. 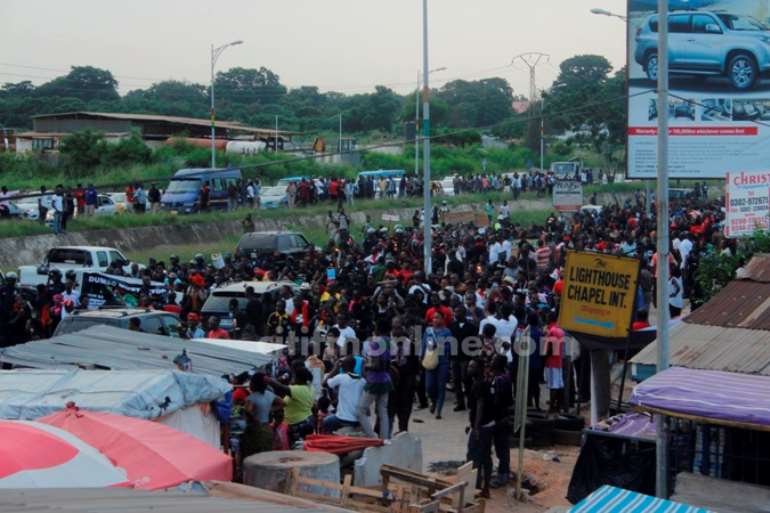 At the time, the outages had become so frequent across the country to the extent that many businesses were severely affected leading to job losses. 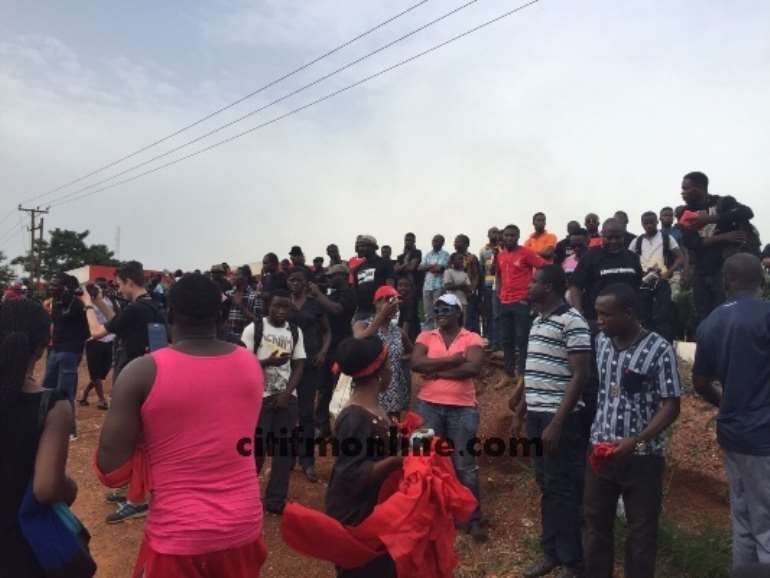 The government on different occasions published a power outage schedule from 6:00am to 6:00pm and 6:00pm to 6:00am for various areas as part of managing the crisis. 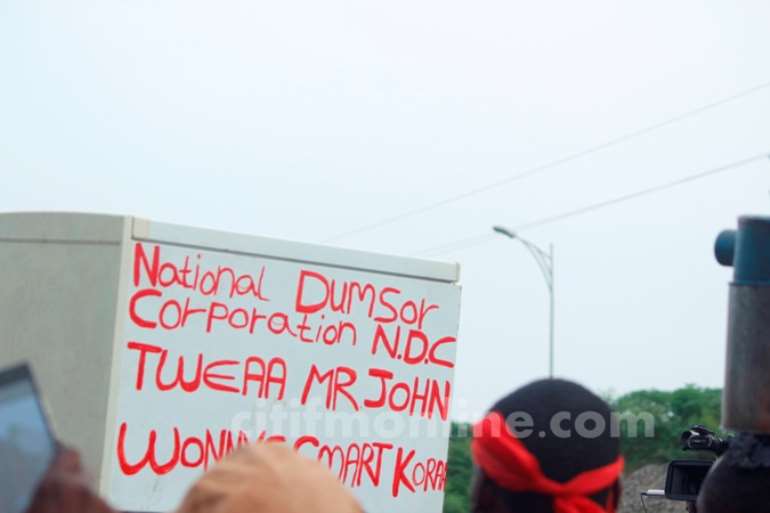 As at 2015 when the protest of thousands of Ghanaians was held, the incessant power outages had been ongoing for over two years. 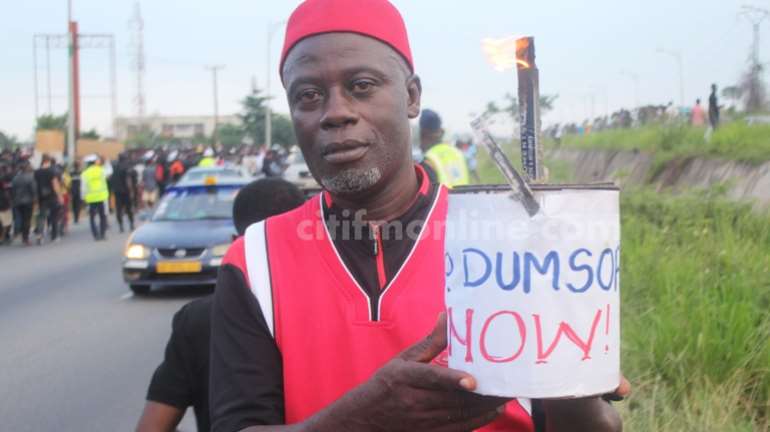 Protesters from all walks of life, most of whom were clad in black, gathered at Legon near the University of Ghana to commence the march that was expected to impress upon the John Mahama-led government to urgently act. 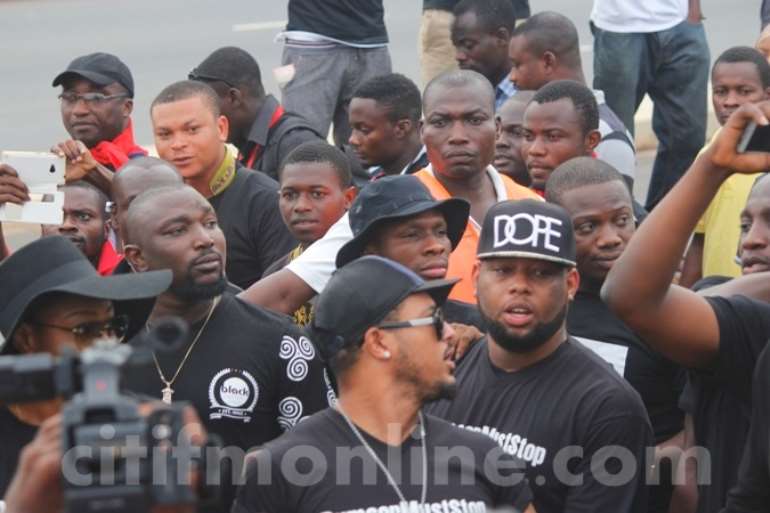 Hundreds of armed police personnel and some armoured cars were deployed to ensure order as the charged up protesters marched from Legon to Tetteh Quarshie Roundabout for a mini rally. 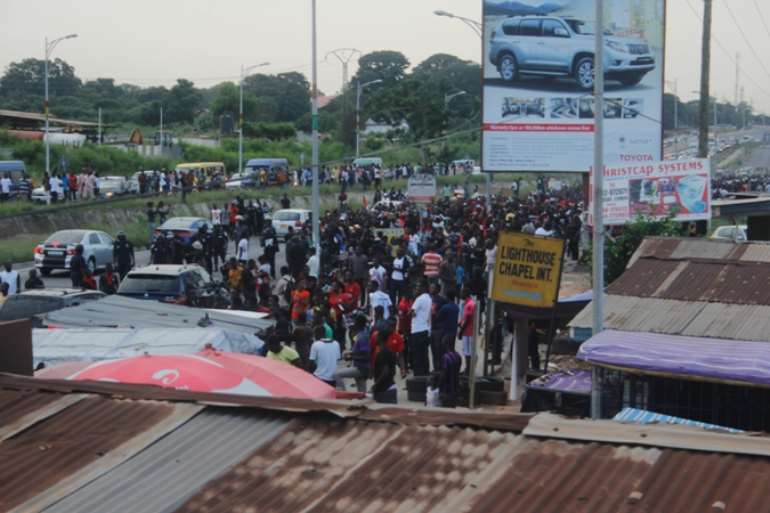 The country’s power situation has since seen some changes that can be said to be an improvement. However, recent events such as widespread power outages in some parts of southern Ghana has left many, especially businesses that rely heavily on electricity frustrated. 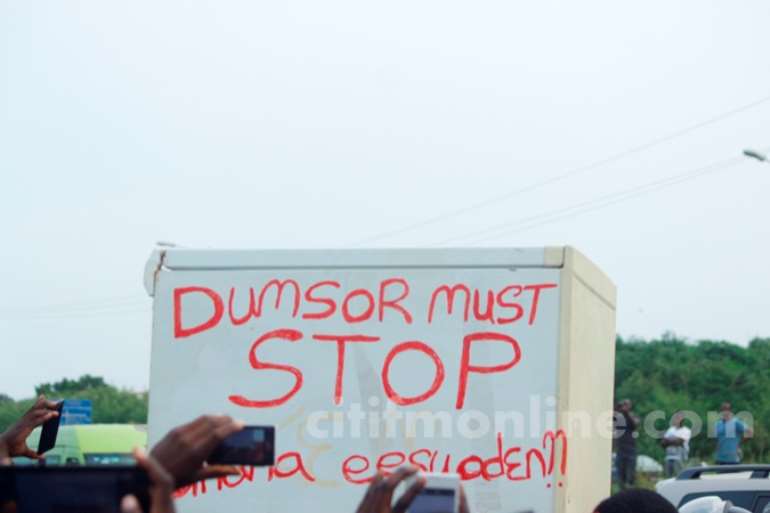 Currently, a 10-day power outage schedule is in force for some parts of Accra.

According to the country’s power managers, the outages are necessary to allow for some maintenance works to be done. 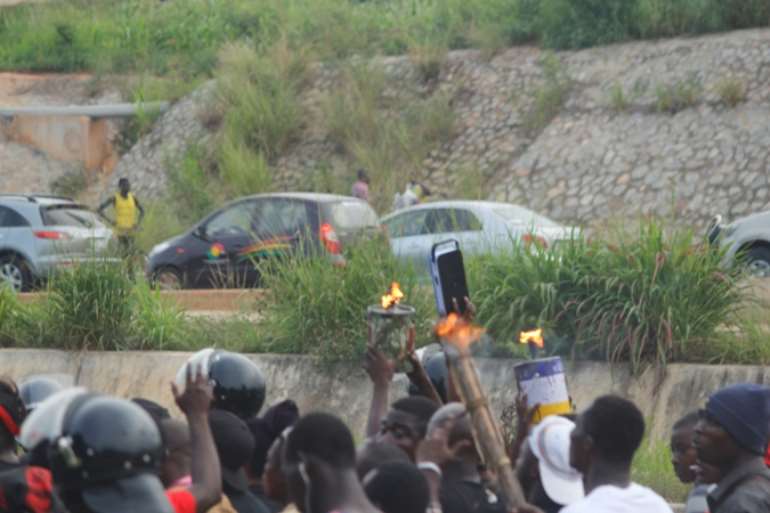 The Ministry of Energy headed by Dr. Matthew Opoku Prempeh, the Member of Parliament for Manhyia South, is in charge of the sector. 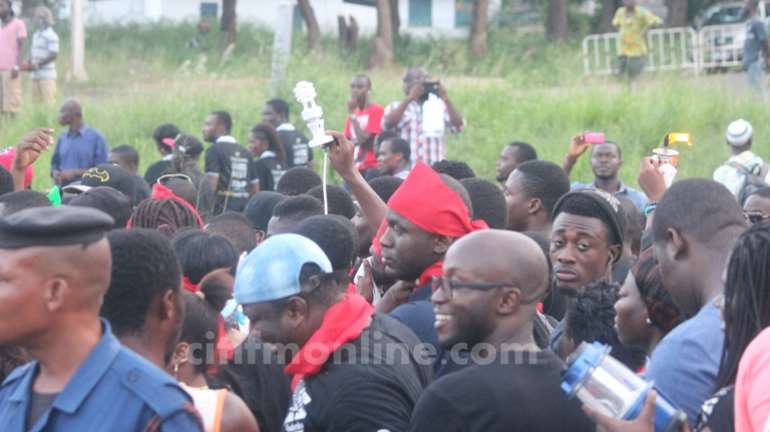 The Ministry incorporates the work of the then Power Ministry which was set up specifically to tackle the country’s power crisis during the John Mahama era. 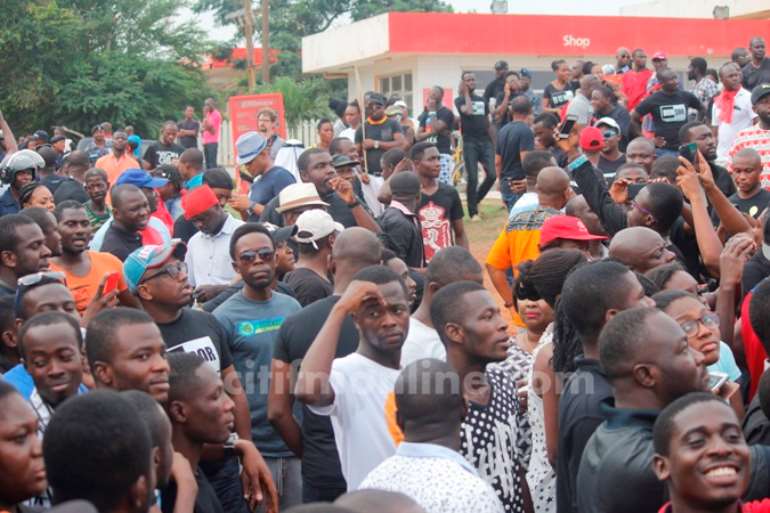 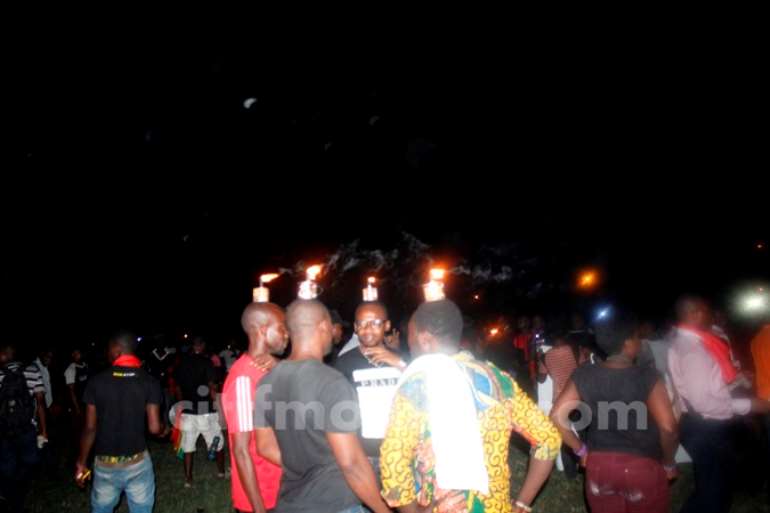 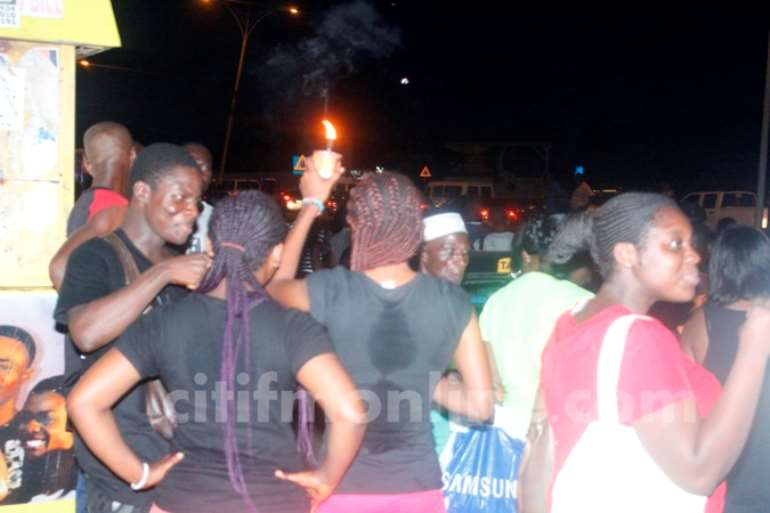 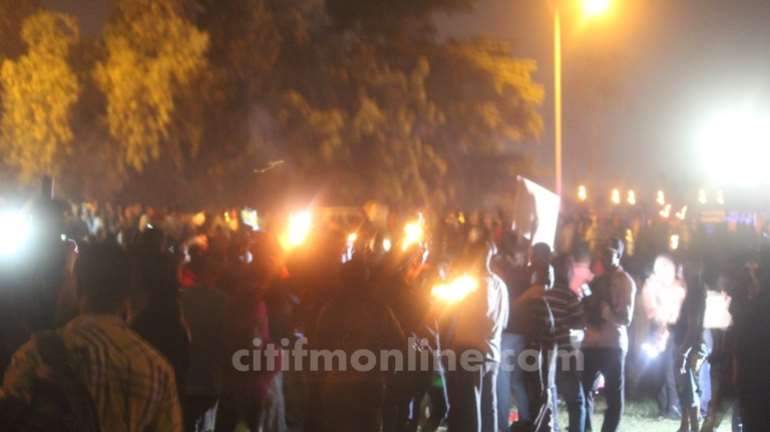 Andriy Shevchenko: Ukraine with such a level of play as in the first half-there is nothing to do in the playoffs
David Alaba: Everyone saw Italy play. But I believe that everything is possible in football
Spain is just awful. They only pass from side to side. Van der Vaart about Euro 2020
Dembele may miss 3 months due to a knee injury. The midfielder can be operated on
Austria coach Foda: Italy haven't lost in ages, but maybe the time will come when they will lose again
Baumgartner on Austria's playoff exit: I still can't figure it out, my head hurts a lot. But we made history
Kroos on the conversation with Ronaldo after the Euro game: I asked him how he was doing in Italy. I was happy to see you

Kwabena Kwabena opens up on being assaulted by women

NDC can’t be compelled to increase confidence in judiciary independence

UNHCR to focus on Health, Education, and Sports

Meet Nana Ama McBrown’s Ador.able Step Daughter As She Celebrates Her On Her Birthday » ™

Fears missing mother of three is being held captive

France forward Ousmane Dembele ruled out of Euro 2020 with injury

ATU, others to be sanctioned for defying strike instructions – TUTAG President

Attempted suicide shouldn’t be a crime – Lawyer to Supreme Court

Alhaji Grunsah should step back, allow financially sound people save the club

“Change your boxers, brush your teeth and bathe twice daily, that makes you a man”

Resist Those Trying To Cause Confusion In The Country, Buni Tells APC Youth

My Appointments And Policies Have Been Fair, Inclusive

Sadio Mane donates 500,000 pounds to build hospital in his hometown

Henry Djaba Foundation to hold fairs for Persons with Disability

Nigerian held over death of a teacher remanded

GSS decries some communities’ hostility towards the Census exercise

NCCE goes Green in Ada as they plant palm trees

Ensuring safety at fuel pumps; what the experts say

28 Year Old Dope Nation Still Insist They Are Virgins, They Explain Why » ™

We did no more than what the law expects – Minerals Commission speak on $1,000 RTI charge

Quality of our music is declining – Appietus

Zambia’s first president Kaunda to be buried on July 7 |

Actress Osas Ighodaro Celebrates Her Daughter As She Clocks 5

Why there is shortage of computer chips

No School Is Safe Until Govt Negotiates With Bandits, Says Gumi