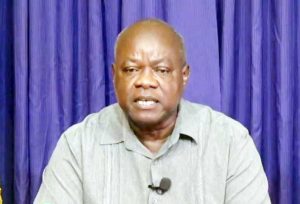 Kaieteur News – Leader of the Opposition, Mr. Aubrey Norton has informed President Irfaan Ali that he agrees to the confirmation of Justice Yonette Cummings-Edwards and Justice Roxanne George-Wiltshire, as Chancellor and Chief Justice, respectively.
Norton through the People’s National Congress Reform (PNC/R) member and attorney-at-law, Roysdale Forde, Tuesday morning presented a letter to Minister of Parliamentary Affairs and Governance, Gail Teixeira informing the government of the Opposition’s support for the appointments of the Chancellor and CJ.
In the letter dated June 7, 2022 that was seen by this publication, Forde told the Minister that: “This serves to inform you that the Leader of the Opposition Mr. Aubrey C. Norton wishes to inform you that he is in agreement that Justice Yonnette Cummings-Edwards be appointed Chancellor of the Judiciary and Justice Roxanne George-Wiltshire be appointed Chief Justice in keeping with Article 127(1) of the Constitution which states that ‘The Chancellor and the Chief Justice shall each be appointed by the President, acting after obtaining the agreement of the Leader of the Opposition’.”
To this end, Norton told members of the media during his weekly press conference that since the Opposition Leader has already fulfilled his constitutional responsibility, the President is now charged with making the appointment.
According to Norton, “I am saving the President the trouble of having to ask for agreement…what I have done is to remove any barrier whatsoever. I’ve made it clear through the representative in his letter that I am in agreement once it is the appointment of the Chancellor and the Chief Justice. There is no stumbling block left…it is now out there; a formal letter stating that the President can go ahead removing (the need) of him having to engage me to say I am appointing the two. He can just go ahead because the society seems to agree that the two learned women are equipped, they have served, ruled in different directions so I don’t think that they can be accused of being partisan to one political party or the other.” 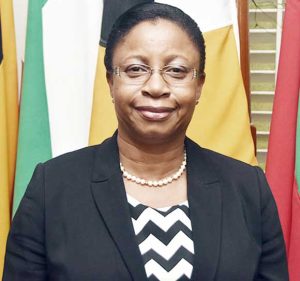 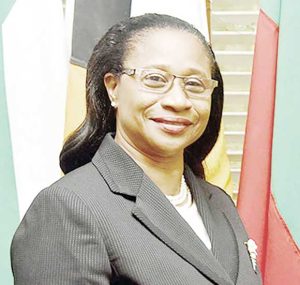 The Opposition explained that when he received the first letter to consult with the President, he responded pointing to the grave importance of the appointments, since the Caribbean Court of Justice (CCJ) in addition to civil society was calling for the confirmations.
“I said in that letter I found it strange that it wasn’t on the agenda and placed it on the agenda. The President responded by saying he had the exclusive authority and when he feels to engage he will engage,” Norton posited.
Back in April, President of the Caribbean Court of Justice (CCJ), Adrian Saunders decried the lack of substantive appointments for the post of Chancellor and CJ of the Judiciary in Guyana, stating empathically that it is time to appoint permanent holders of the office.
The call for immediate appointment of the Chancellor and CJ came days after President of the Bar Association of Guyana, Pauline Chase and Attorney General (AG), Anil Nandlall, SC, spoke of the impact, which the non-appointment of the two has had on the state of governance.
Both Chase and Nandlall have called for the formula used to appoint the officers to be reviewed and changed.
The former acting Chancellor of the Judiciary and Justice of the Court of Appeal, Carl Singh, retired in 2017 after serving 12 years. Justice Yonnette Cummings-Edwards has been acting since then.
Similarly, Justice Ian Chung served as acting Chief Justice, from 2010 to 2016 and was never confirmed. Following his retirement, Justice Roxane George-Wiltshire was appointed to serve as acting Chief Justice.