The Guyana Mixed Martial Arts Karate Association turned in a very creditable performance at the recently held NAFMA Nationals Championship in Atlantic City New Jersey on the 27th and 28th of May, 2022. The GMMAKA team travelled from Guyana on May 24 with a small group of five and won a total of fifteen awards in various categories. 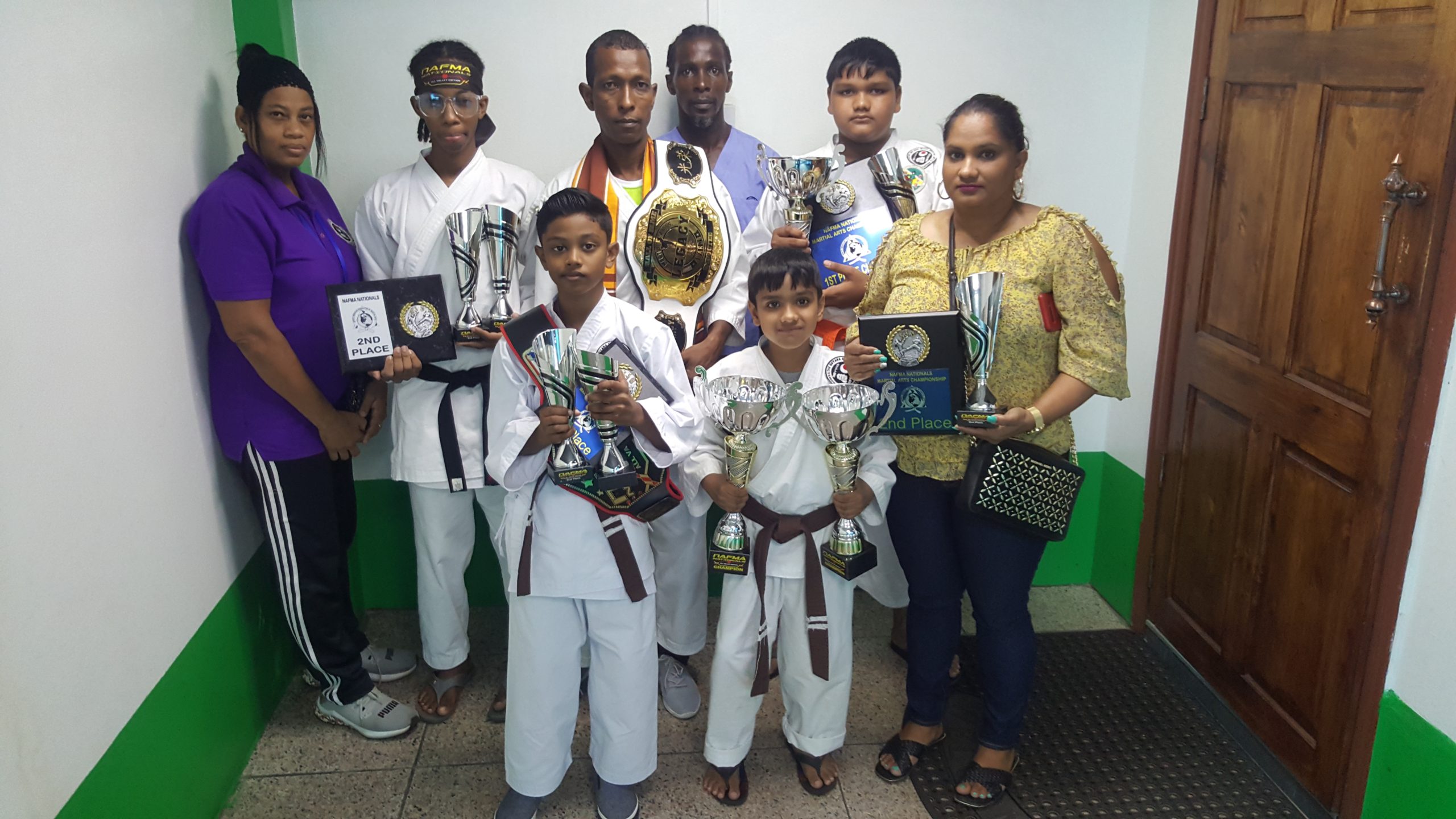 Sensei Lloyd Ramnarine (with championship belt) and his charges display the accolades won on their latest adventure.

Master Lloyd Ramnarine, head of the association, attended the first event on the 27th of May and was nominated and received a Legacy Martial Art award for his outstanding contributions to the discipline. The following day, the real combat had begun, where Master Ramnarine took his students to demonstrate their skills gathered throughout their training.
The number of awardees is as follows: Seth Dial won a total of four awards, 2nd in Traditional Kata, 2nd in Open Form, 3rd in Weapon kata, and 1st in Sparring, followed by Chaitram Haripershad, who also won a total of four awards, 1st in Traditional Kata, 1st in Open Form, 2nd in Weapon Kata and 2nd in Sparring. Next in line is Parameshwar Haripershad who won a total of three awards as listed, 1st Weapon Kata, 1st in Open Form, and 2nd in Traditional Kata. The final competitor, Zafar Ramnarine, won a total of three awards, 2nd in Traditional Kata, 2nd in Open Form, and 2nd in Sparring.
Master Lloyd Ramnarine expressed amazement at his student’s performance and great determination during their Martial Arts display. He praised his students and commended them to continue their hard work and passion to achieve great success in the future.
The Guyana Mixed Martial Arts Karate Association would like to extend special thanks to the Atlantic Marine Supplies Inc. and Howard Restaurant and Bar for their support in making this event possible. Special thanks were expressed to the supportive parents and members of our Association team for their contributions.
Anyone interested in joining any of the association’s branches across Guyana, can message on WhatsApp on 698-6727, 681-1701, 602-0591, 689-9288, or 698-7456.