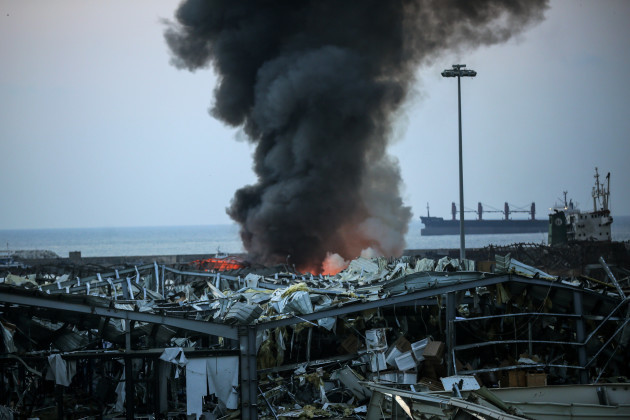 LEBANESE AUTHORITIES HAVE said ammonium nitrate was the cause of yesterday’s two major explosions that ripped through Beirut’s port, killing at least 100 people and injuring thousands.

The second blast sent an enormous orange fireball into the sky, immediately followed by a shockwave that flattened the port and shattered windows across the city.

The explosions — which were heard in Nicosia, 240 kilometres away in Cyprus — were logged by seismologists, registering as the equivalent of a 3.3-magnitude earthquake.

Prime Minister Hassan Diab has said 2,750 tonnes of the agricultural fertiliser ammonium nitrate that had been stored for years in a portside warehouse had blown up, sparking “a disaster in every sense of the word”.

“What happened today will not pass without accountability,” said Diab. “Those responsible for this catastrophe will pay the price.”

So, what exactly is ammonium nitrate?

Ammonium nitrate is an odourless crystalline substance commonly used as a fertiliser that has been the cause of numerous industrial explosions over the decades.

These include notably at a Texas fertiliser plant in 2013 that killed 15 and was ruled deliberate, and another at a chemical plant in Toulouse, France in 2001 that killed 31 people but was accidental.

When combined with fuel oils, ammonium nitrate creates a potent explosive widely used by the construction industry, but also by insurgent groups like the Taliban for improvised explosives.

It was a component in the bomb at the 1995 Oklahoma City attack.

In agriculture, ammonium nitrate fertiliser is applied in granule form and quickly dissolves under moisture, allowing nitrogen – which is key to plant growth – to be released into the soil. 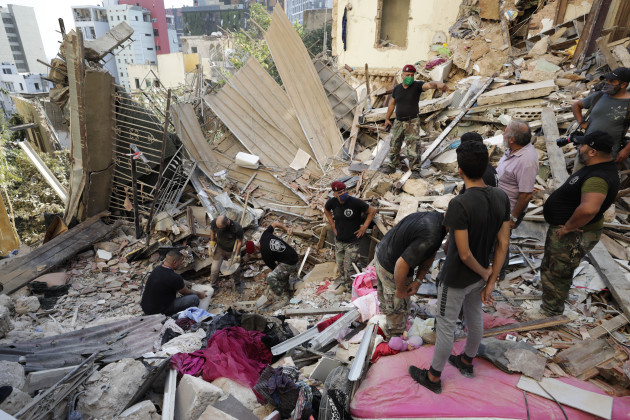 Lebanon’s General Security chief Abbas Ibrahim said the material at the port had been confiscated years earlier and stored in the warehouse, just minutes from Beirut’s shopping and nightlife districts.

Under normal storage conditions and without very high heat, it is difficult to ignite ammonium nitrate, Jimmie Oxley, a chemistry professor at the University of Rhode Island in the US, said.

“If you look at the video (of the Beirut explosion), you saw the black smoke, you saw the red smoke, that was an incomplete reaction,” she said.

“I am assuming that there was a small explosion that instigated the reaction of the ammonium nitrate - whether that small explosion was an accident or something on purpose I haven’t heard yet.”

That’s because ammonium nitrate is an oxidiser – it intensifies combustion and allows other substances to ignite more readily, but is not itself very combustible.

For these reasons, there are generally very strict rules about where it can be stored: for example, it must be kept away from fuels and sources of heat.

In the United States, regulations were tightened significantly after the Oklahoma City attack.

Under the Chemical Facility Anti-Terrorism Standards, for example, facilities that store more than 2,000 pounds (900 kilograms) of ammonium nitrate are subject to inspections.

Despite its dangers, Oxley said legitimate uses of ammonium nitrate in agriculture and construction has made it indispensable.

“We wouldn’t have this modern world without explosives, and we wouldn’t feed the population we have today without ammonium nitrate fertiliser,” she said.

“We need ammonium nitrate, we just need to pay good attention to what we’re doing with it.”

Barcelona and Wolverhampton can agree to transfer Semedu for 30 million euros plus bonuses
Cesc Fabregas: Mane is the best player in the Premier League
Benzema played his 350th game for Real Madrid in La Liga
Atletico are in talks with Arsenal to buy out Torreira
Kulusevski scored with the sixth touch and the first shot for Juve-this is crucial in the debut victory of coach Pirlo
Real Madrid was the first in La Liga to release 4 players born in the 2000s
Messi says goodbye to Vidal: I always thought you were a phenomenon. Our paths will cross again
Source https://www.thejournal.ie/ammonium-nitrate-beirut-explosion-5168058-Aug2020/

'The UK is heading in the wrong direction': England's CMO to make Covid-19 plea in TV address

Donegal on the verge of moving to Covid Level 3

Paul Mescal misses out on his Emmy as Watchmen, Schitt's Creek and Succession clean up

Opinion: People seeking absolutes in times of uncertainty are falling for conspiracies online

The new Green List kicks in today, here are the countries included