THE DEPARTMENT OF Defence has begun an exploratory process of purchasing or leasing a specialist troop-carrying cargo aircraft for the Irish Air Corps.

The issue of Ireland’s lack of large military transport aircraft was highlighted in the wake of the Kabul mission to rescue Irish citizens last August.

Members of the Army Ranger Wing (ARW), the Irish army’s special forces unit, were dispatched to rescue Irish citizens from the Afghan capital.

French and Finnish aircraft had to be used for their flights to and from the war-torn country, as the Irish Air Corps did not have a long range aircraft suitable for the mission.

According to documents obtained by The Journal, the Department has now entered into discussions on the matter with international aircraft consultancy Altea.

The company, which has offices across Europe and in Canada, carried out a report for the department and the documents reveal that there were discussions on the purchase of aircraft.

It appears from the document sent on 16 March that discussions were also at an advanced stage on the merits of purchasing a replacement for the ailing Government jet.

The Government confirmed last week that is considering replacing the plane. In a statement to this publication Altea confirmed that it was working with the DOD to source alternative options for the Government jet. 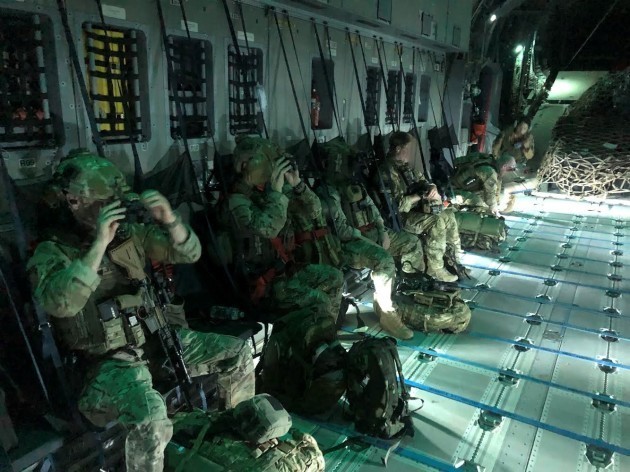 Ireland’s lack of a large troop-carrying aircraft resulted in criticism from a number of quarters last year, including from independent TD Cathal Berry who is a former ARW officer.

At that time Defence Minister Simon Coveney said the strategic lift capability was to be considered as part of an overally review of Ireland’s military capabilities being carried out by the Commission on the Defence Forces.

Ireland does not have a capacity to move a large amount of personnel long distances and must charter aircraft – for example, when bringing troops home from UN missions.

Last November The Journal obtained documents which showed that Seraph Air, an aircraft leasing company, had offered second-hand aircraft to fill the role eight months before the Kabul airlift.

The offer was refused as the option for “wider military lift capability” had not been identified in the Defence Forces’ five-year Equipment Development Plan (EDP). 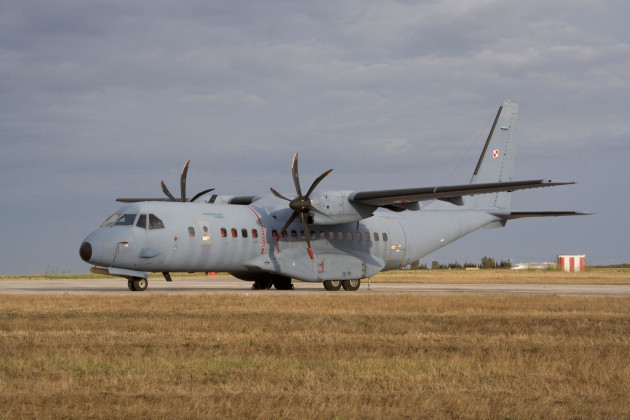 The EDP is, according to Government: “A plan for the continued re-equipment of the Defence Forces. It is being funded under the National Development Plan – Project Ireland 2040″.

The lack of interest in a heavy lift aircraft now appears to have changed and at an 11 January meeting to discuss the EDP, according to heavily redacted documents obtained by The Journal, such a plane was listed among nine potential equipment purchases for the Air Corps.

Listed as a request for inclusion in an EDP tender process were two CASA 295 to fulfil the heavy lifting role. There was also mention of two new AW 139 Helicopters.

This meeting was chaired by a Major General Adrian Ó Murchú. The CASA 295 is the same aircraft as mentioned in the later Altea memo. The AW 139 Helicopters are medium lift aircraft and are used for the Athlone based Air Ambulance and troop transport.

In a November 2021 email, also heavily redacted by the FOI officer, the helicopters and the CASA 295 aircraft were listed as “new submissions”. 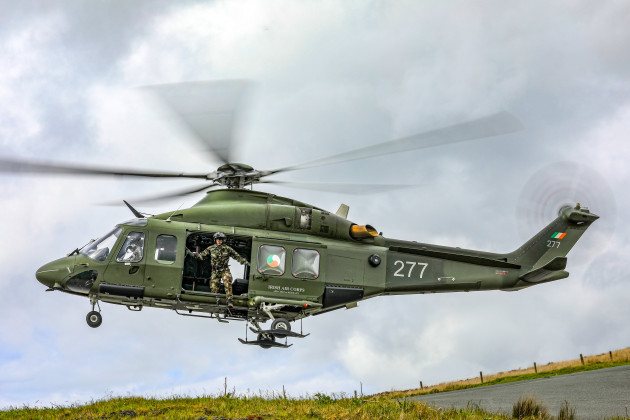 The meeting came a month before the publication of the Commission on the Defence Forces in which strong emphasis was placed on the purchase of transport aircraft to move troops.

This procurement of the CASA aircraft is a different process to the replacement of maritime patrol aircraft – those two aircraft are in the final stages of manufacture and will be delivered in 2023.

In the lengthy email sent by an Altea consultant the company mentioned that two pre-owned C295 aircraft were available for “immediate acquisition or lease”.

The planes mentioned in the email were MSN 166 and MSN 167 – The Journal has learned that the aircraft appear to be in North Africa.

A detailed breakdown of the aircraft’s capabilities were given as well as the ability to transform them into passenger or cargo capability. Each one could potentially could carry 69 troops as well as a crew member. The aircraft could also be used for the medical evacuation of injured personnel.

The email states in bold: “We should clarify that the C295s are essentially for troop transportation and aren’t suitable to replace the Learjet”.

The ‘Learjet’ reference is in regard to the Government jet which has recently suffered technical problems, forcing the Taoiseach to avail of the CASA maritime patrol aircraft to ferry him back from Brussels.

The Learjet has been out of action for repair in recent months and has been unavailable for 35% of the year to date.

The Air Corps Learjet was purchased in 2004 and has been in operation for 17 years.

There was controversy at the time over the sale price, given that the jet was valued at somewhere in the region of €750,000. It was bought in 1992 for €45 million.

In the March email the Altea representative, whose name has been redacted, states that the matter is to be discussed at a Defence meeting on the following Monday, 21 March.

A number of sources confirmed that the issue of cargo aircraft purchase had been discussed in high level Department of Defence and Irish Defence Forces meetings.

In response to a query the Department of Defence reissued a previous statement and said no decisions had been made around the acquisition of aircraft.

“Equipment priorities for the Army, Air Corps and Naval Service are being considered in the context of the lifetime of the White Paper on Defence as part of the capability development and Equipment Development Planning (EDP) process.

“No decisions have been made for the acquisition of additional aircraft or helicopters,” a spokesperson said.

Andrew Butler, a founding partner of Altea, confirmed the company were working with the DOD on providing ministerial air transport.

“For your information, Altea have been engaged by the Minister for Defence for the provision of aviation consultancy services relating to the sourcing of contingency arrangements (charter flights etc), for the Irish Ministerial Air Transport Service – our Customer.

“Any further details you require regarding this engagement should be directed in the first instance to the Customer. Thank you for your understanding in this matter,” he said.