IT’S JUST UNDER a decade since Tony Kelly conjured up a free-scoring display in the colours of a Clare side when going up against a team from Limerick.

In February 2011 at the Gaelic Grounds he was the star student in the St Flannan’s ranks, shooting 0-14 in a Dr Harty Cup semi-final against Ardscoil Rís. They were three points shy at the final whistle yet Kelly’s input, ten placed balls converted and four scores registered from play, had done much to get the Ennis school so close to victory.

There were familiar names involved in that game, Shane O’Donnell and Seadna Morey amongst Kelly’s team-mates with Declan Hannon and Cian Lynch numbered amongst the opposition.

That cast of characters were all present yesterday as Kelly surpassed that level of scoring heroics. A bigger stage, a lot more at stake and even though he tasted defeat once more, the 26-year-old again pointed the way.

0-17 was a staggering individual tally for a Munster championship outing. He had eight on the board by the first water break, a dozen to his credit by half-time and grabbed another five thereafter despite the game drifiting out of Clare’s reach due to Limerick’s growing dominance.

“We depend on Tony Kelly a lot and he produces it,” admitted a downcast Clare boss Brian Lohan afterwards.

It was a landmark display from Kelly. Eight years after his debut, firing home the goal that helped propel Clare past Dublin in a pulsating qualifier in Ennis, this was his 35th senior championship appearance for Clare.

He scaled new scoring heights, this was comfortably the highest total he has recorded. It was only the third time that Kelly had reached a double-digit figure, bagging 0-10 apiece against Cork in the 2017 Munster final and Laois in a qualifier in 2016. The 0-17 tally was greater than the Ballyea club man’s full return over the course of five other seasons.

Being entrusted with taking frees yesterday was clearly a contributory factor, just like it was in reaching the ten mark in those aforementioned games against Cork and Laois. But it is important to properly measure his impact as the 0-8 he posted was also his largest total from play in a championship setting.

And it was all delivered when Clare’s need was greatest in context of their list of absentees and the quality of opponent they were facing. 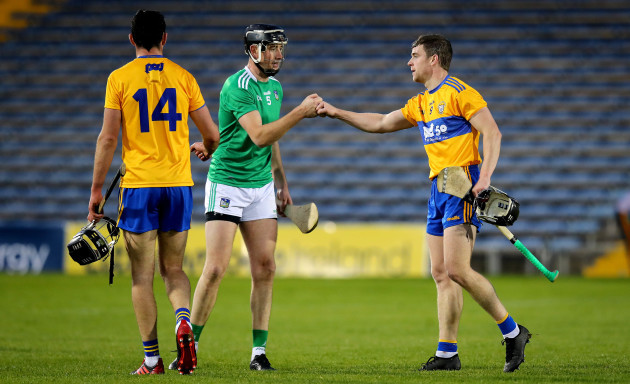 Clare’s pre-match prospects were not viewed favourably, simply because of the personel losses they had sustained. Two years ago in Clare’s best championship campaign since the All-Ireland glory of 2013, the attacking fight had been carried by Peter Duggan and John Conlon. They were merited All-Star winners by the close of that season but Duggan moved to Australia last winter and the luckless Conlon tore his cruciate in a training session just before GAA activity was suspended last March.

Coupled with Podge Collins focusing on football duties, Niall Deasy and Ian Galvin a pair of useful operators no longer available, and Clare looked to have a dearth of scoring options. The spotlight then shone on Kelly but he lived up to the expectations and coped with the pressure.

Chalking up 0-17 out of Clare’s total of 1-23 was graphic evidence of how he held up his end of the bargain but also the onus that was on him to shine. The rest of the Clare team scored 1-6, their starting forward line shooting 1-3 of that and there was no escaping Clare’s dependence on Kelly to provide inspiration.

“That is a bit disappointing,” admitted Lohan.

“I wouldn’t fault any of the players for their effort and their spirit. We just came up against a real good team.

“We were asking for a little bit more. It just didn’t work out that way. I thought their full-back line were a little bit too comfortable in that second half when they got that five, six point cushion at the start. They could sit deeper.

“They have quality, physically they are very strong And they have good spirit about them as well. We knew that they were good players, a good team so we knew we were up against it.”

If the odds were stacked against Clare, Kelly’s virtuoso showing did most to retain their interest in the game. Figuring out the best position where to successfully utilise his talents has been a dilemma the county have faced with his versatility and capacity to fill a range of spots from 8-15. 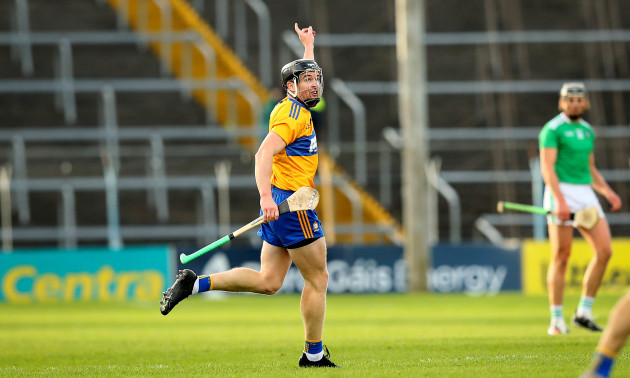 Here Lohan used Kelly where they sought to target a vulnerable area for Limerick. John Kiely has been forced to adapt with the loss of two-thirds of his All-Ireland winning inside rearguard. Barry Nash was one of the replacements drafted in, remodelled of late as a defender, but Kelly went in to start at right corner-forward. He caused damage there, he moved out to the wing and cut in to the centre on occasion.

Limerick were unable to get a strategy going to pin him down, perhaps suffering from a lack of specialist man-markers, and he fully capitalised. Kelly’s first point from play didn’t arrive until the 14th minute, he had nailed four frees by then, and proceeded to inflict severe pain in snapping over points effortlessly off left and right.

Limerick 0-15 Tony Kelly 0-12 was a half-time statistic that spoke volumes for his contribution. A couple of missed frees early in the second half that were well within his range did blot his copybook but it was only a momentary lapse as he still landed points in phases when he was forced to play deeper against the wind and when Clare were struggling to supress the waves of Limerick attacks.

The Munster exit sends Clare towards the qualifiers. The red-hot form of Kelly is a consolation after this early setback. For the opening Sunday Game Live production of 2020, the man-of-the-match was a simple one requiring little deliberation.

His worth to the team is unquestioned but getting the support game going around him is central to any hopes of getting their season back on track.

Anton Ferdinand was racially abused in comments to a post about a documentary about racism and Terry
Zlatan is named player of the year in Sweden for the 12th time
Ronaldo scored the 70th goal in home matches of the Champions League, repeating the record of Messi
Brunu on the penalty given to rashford: it was important for Him to gain confidence. It doesn't matter who kicks if the team scores
De Ligt on 2:1 with Ferencvaros: Juventus needed to move the ball faster and act more assertively
The minges on debut for Barca: Very happy. I hope this is the beginning of something big and meaningful
You can ask in the locker room if you have the guts. Tuchel-journalist asked about the quality of the PSG game
Source https://www.the42.ie/tony-kelly-clare-hurling-5245144-Oct2020/

Man (30s) hospitalised after being shot through front door in Derry

Waste, greenhouse gases and traffic: The impact of the Covid-19 pandemic on Ireland's environment

Cannabis grower’s first crop so bad she could not give away, court hears

25 arrests for drink and drug-driving in Donegal this month

Empowering Irish and Irish American women in 2021: How you can apply for the LEAP program

EXPLAINER: Exactly what fines can be imposed for breaching Covid-19 regulations

Doherty calls on motor insurers to cut premiums for 2020

Winter is here – Donegal roads to be gritted tonight

The day David Dinkins, the first Black mayor of NYC, stood up for Irish gays

Irish ancestors of Kennedy, Reagan, Obama and Biden emigrated within 10 years of each other

WATCH: 'Even children around world send letters to Santa in advance' - Limerick TD criticises lack of notice on easing of restrictions

County council warns of surface water on many county roads

Phased lifting of Level 5: Inter-county travel could open up a few days before Christmas

Christmas trees and the four-colour theorem

Judge orders arrest of footballer Anthony Stokes, who is accused of headbutting man in Temple Bar

Retail, hairdressers and gyms to reopen as Government moves on Level 5 exit

New 2km public walking path to be developed in Fintown

BREAKING: Covid-19 claims first Limerick event of 2021 as pilgrimage to Lourdes is cancelled

Ministers urged to get on track with North West rail extension

Aer Lingus welcomes easing of travel restrictions between US and Ireland

'I was just so down. It was the most upsetting part of my career, to be totally honest'

Holly Cairns: The greyhound industry is inherently cruel – so why should the taxpayer fund it?

Damage caused to cottage during burglary

Over 60 patients waiting on trolleys at Limerick's University Hospital

Promising boxer caught with cannabis after waving at Gardai

TV, laptop and toaster among items stolen from Stranorlar home

Irish stars light up His Dark Materials, new to HBO

Around €28,000 worth of drugs seized in Donegal searches

Get your Christmas shopping started with these Irish stores in US

On This Day: Ireland votes to end its ban on divorce in 1995

A ‘Loveleigh’ story born in New York and crafted in Ramelton

Poll: Will you watch the Great British Bake Off final tonight?