IT’S 15 YEARS this month since the curtain was brought down on an extraordinary time in the history of Meath football. 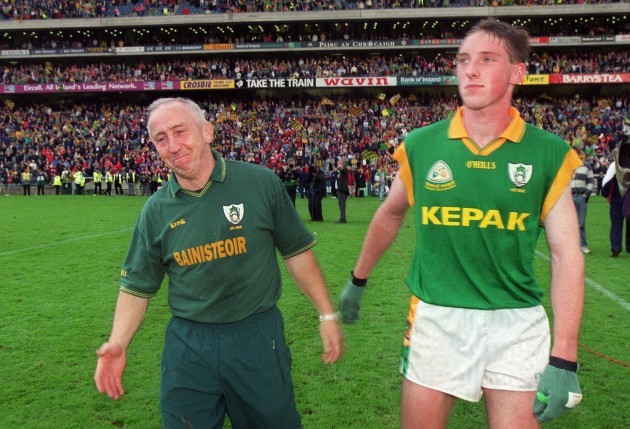 Sean Boylan’s tenure drew to a close in August 2005 after he had been in charge of the county senior side since 1982. The man with the hurling background’s appointment was viewed initially as a stopgap measure yet it lasted for 23 years and he supervised a golden run of success that yielded four All-Ireland senior titles, eight in Leinster and three National League final wins.

Tomorrow night on RTÉ One the documentary ‘Sean’ will air at 10.10pm, an exploration of the life and times of the Meath football icon.

This week on the Warriors GAA podcast, for The42 members, we chatted with Alan Bradley, the director and producer of the documentary, about working with Sean Boylan and getting an insight into his managerial greatness.

It’s a brilliant look at a fascinating character with plenty topics delved into off the pitch like his life working as a herbalist and his father’s background in the IRB.

And at the heart of it is a remarkable bond between Boylan and the Meath players he managed, with contributions from the stars of the 80s and 90s teams.

“Darren Fay says it that the team of the 80s, Sean was like their big brother,” says Bradley.

“The team of the 90s, he was like their father figure. It’s really interesting to see his development as a person and a manager. It was so much more than just a football manager relationship.

“Darren credits him for instilling values in him that he’s carried on into his life in everything else he’s gone on to achieve outside of football, even to the point of having a family and children of his own and being the person himself. He puts a large credit to Sean for that.

“Which is incredible really when you think, in theory all Sean was, was a football manager. I wasn’t sure before I started were they (the Meath former players) going to be up for it or not, was it going to be a hard sell. I was very lucky they were all very up for it which I think has nothing to do with my charm of persuasion. I think they all feel a responsibility to honour Sean. 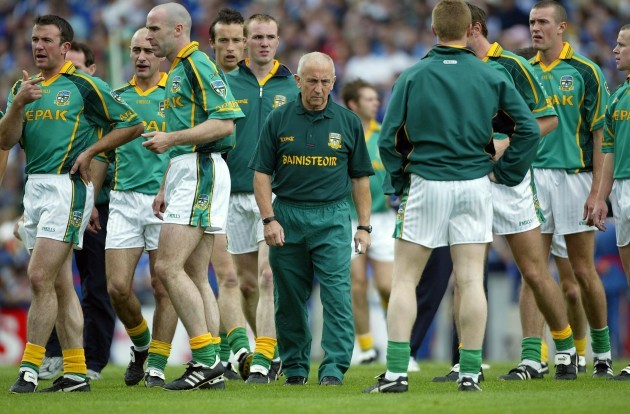 “I know Mick Lyons, he’s in the film and Mick must have said to me about 45 times, ‘If you want anyone else now, if want to cut me out, cut me out’.

“I think he really would rather not be in it but he just feels a responsibility and a great sense of gratitude to Sean so he wants if he’s asked to share his story with Sean. I interviewed Gerry (McEntee) and Mick together, and had to keep getting Mick to answer the question as well because Mick would happily let Gerry talk away. T

“They were keen to do it for Sean. If it was just a general documentary about Meath, I don’t think they would have appeared in it. Brian Stafford as well, I think he definitely would rather not be on camera but he just did it for Sean.

“Sean means so much to them, they feel they need to share their story.”

You can listen to the full interview by subscribing at members.the42.ie.

Jose Mourinho: what happened to Dyer is not normal, he was dehydrated. If the League management doesn't care about the players, I don't
Jose went berserk twice during the match with Chelsea: ran over Lampard and ran to look for Dyer - he rushed to the toilet right during the game
Lampard on relegation from the League Cup: we Need to keep a positive attitude. Everything will come if Chelsea score second, leading the score
Call of nature, what can you do? Dyer explained why he ran to the dressing room during the match with Chelsea
Mourinho and Lampard shook hands before the penalty shootout. In the first half, they had a fight
Dest arrived in Spain to complete a transfer to Barca
Lionel Messi: I Am responsible for my mistakes. I wanted Barcelona to become stronger
Source https://www.the42.ie/sean-boylan-meath-rte-5168341-Aug2020/

Bus Éireann to suspend Dublin to Belfast service in November

Gardaí have used Tasers 125 times in past five years

FactFind: Are Fine Gael's claims about Sinn Féin in a video published on social media accurate?

Gorman among Letterkenny Rovers trio to sign for Institute

Quiz: How well do you know these moments from televised political debates?

Your evening longread: What it's like to be a high-wire artist

Confirmed: SA Rugby votes its big four into expanded Pro16 as Cheetahs get the boot

College student: 'There's been no dancing on tables or shots at the bar'

Staying up for the US debate? Follow our liveblog for all the latest action and analysis

Murder accused insisted he had not travelled to north Dublin on morning body found, court told

'I got a call from Focus Ireland inviting me to view an apartment ... it felt like heaven'

The Remote: Gleeson plays Trump, Dublin does rave, and Bake-Off does biscuit week

Coronavirus: One death and 363 new cases confirmed in Ireland, with 154 in Dublin

WATCH: The first presidential debate between Trump and Biden tonight

Budget 2021: Government's spending plans based on assumption of no widely available Covid-19 vaccine and no UK-EU trade deal

Stephen Kennys says Coleman and Doherty can both start for Ireland

'I cannot even begin to put into words what he was like when he lost his temper, it was ludicrous'

Home of The O’Rahilly should not have been demolished, Taoiseach says