President Abdel Fattah el-Sissi accepted the resignation of Tarek Amer and named him a presidential adviser, the Egyptian leader’s office said in a statement. The brief statement offered no explanation for Amer’s resignation.

No replacement was immediately named for Amer, who had been appointed governor of the central bank in November 2015. He has been criticized for his handling of Egypt’s financial challenges.

The currency is under pressure, sliding in value to about 19 Egyptian pounds to the US dollar. That followed a central bank decision allowing the currency to depreciate by around 16% in March to try to stem a growing trade deficit.

“It seems there’s a lot of tensions within policymaking circles, and I think that’s ultimately what led to Mr. Amer’s resignation,” said Jason Tuvey, a senior emerging markets economist at Capital Economics.

Tuvey said there are officials that oppose devaluing the pound and instead support measures like rationing gas consumption by curbing electricity usage, which could in turn harm business activity. Amer had traditionally been seen as in the camp that supported the pound’s depreciation as a way to secure a loan from the International Monetary Fund. 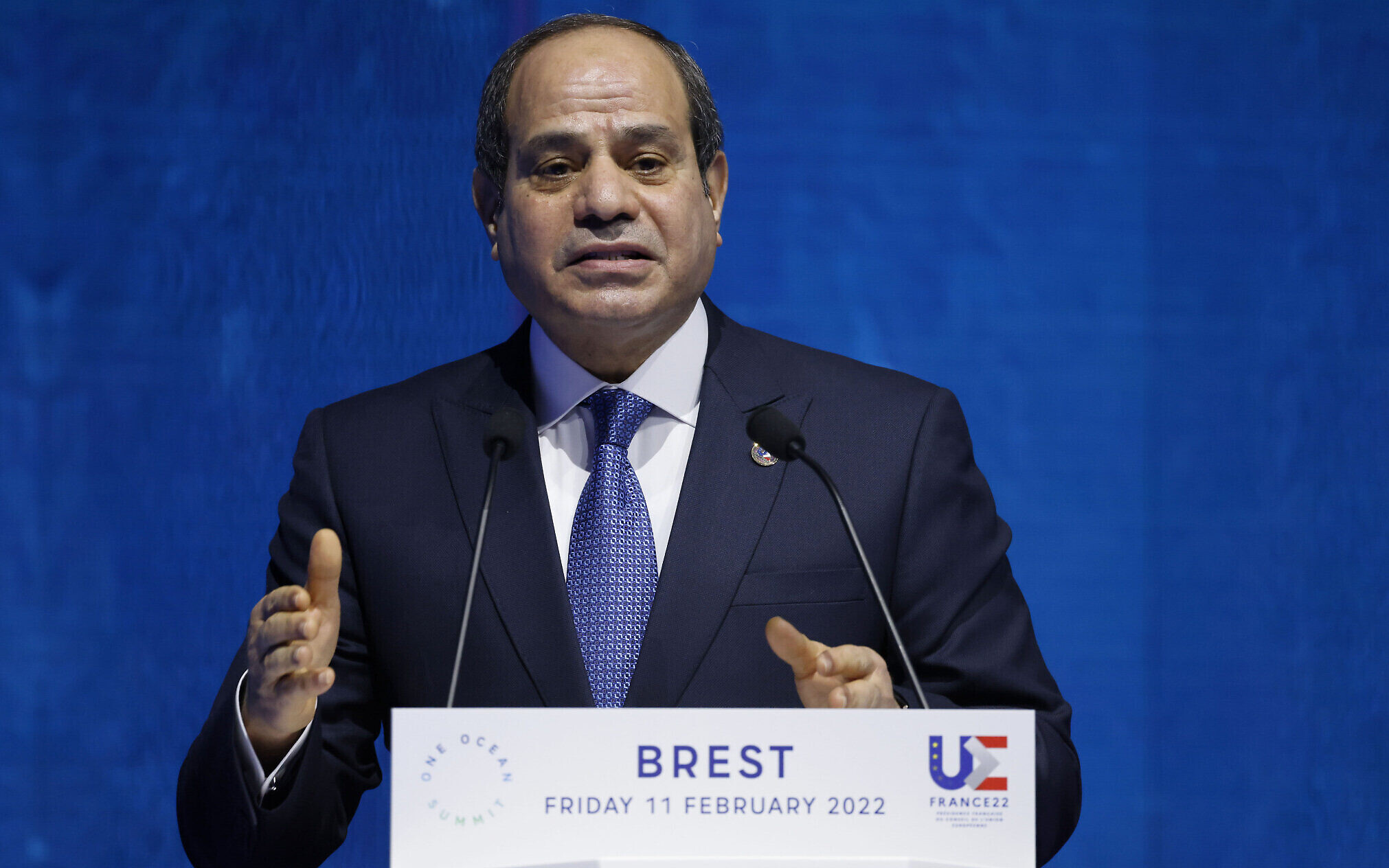 The government continues to hold talks with the IMF for a new multibillion-dollar loan.

The London-based Capital Economics research firm predicts that Egypt’s currency will continue to slide, reaching 25 pounds to the dollar by the end of 2024 amid sustained pressure.

Russia’s war in Ukraine has been deeply felt in Egypt, which is the world’s largest wheat importer and sources around 80% of that grain from the Black Sea region.

Egypt’s expansive tourism industry, which employs millions, was hard-hit by the pandemic and further by the war in Ukraine. Prior to the conflict, around a third of tourists to Egypt came from Russia.

In the first weeks after the war in late February, the price of wheat and other grains skyrocketed, as did the price of fuel. Although prices have come down somewhat, the cost of grains remains at least 50% higher than before the pandemic in early 2020. Furthermore, the cost of shipping to export those grains through the Black Sea is high.

Inflation in the country of 103 million people reached 14.6% in July, increasing pressure on lower-income households and everyday necessities. Around a third of Egyptians live in poverty, according to government figures.

The World Bank notes that Egypt’s government announced an assistance package worth 130 billion pounds (more than $8 billion) just before devaluing the pound in March to alleviate the impact of rising prices. The package aimed to increase public-sector wages and pensions, as well as expand direct cash assistance programs.

Egypt’s Gulf Arab allies have come to its assistance with multibillion-dollar investments buoyed by high oil prices that have helped their bottom line.

Saudi Arabia’s sovereign wealth fund, known as the Public Investment Fund, recently established a division in Egypt that has already announced deals worth $1.3 billion with the aim of bringing in $10 billion into Egypt.