An Israeli delegation of tech professionals, investors, and trade officials recently returned from a trip to Indonesia, the world’s most populous Muslim-majority country, to foster connections through technology ventures, social impact initiatives, and investments.

Israel and Indonesia do not have official diplomatic relations. The trip was put together by the Israel-Asia Center, a not-for-profit organization founded in 2009 and based in Jerusalem that brings together young leaders and entrepreneurs from Israel and across Asia looking to build a shared future.

The visit came nearly two years after the Israel-Asia Center launched the Israel-Indonesia Futures program, an online initiative through which emerging Israeli and Indonesian young leaders learn about each others’ cultures and economies, and address joint challenges in sectors such as healthcare, food security, and education.

Some 100 Israelis and Indonesians take part in the annual program including participants, speakers, facilitators, advisors, and program partners such as Start-Up Nation Central. The initiative includes an annual challenge where participants devise solutions to a given issue and put together a proposed business plan to carry it out. This year’s challenge asked participants to come up with a digital solution that could reach social entrepreneurs outside Indonesia’s city centers and enable them to access business development resources.

While Israel and Indonesia do not have official ties, there is still “tremendous untapped potential” for cooperation between Israelis and Indonesians in spheres like fintech, cybersecurity, artificial intelligence, mobility, agriculture tech (agritech) and water technologies, said Israel-Asia Center Founder and Executive Director Rebecca Zeffert.

“The online program is an opportunity for participants from both sides to dip their toe in the water,” she explained. 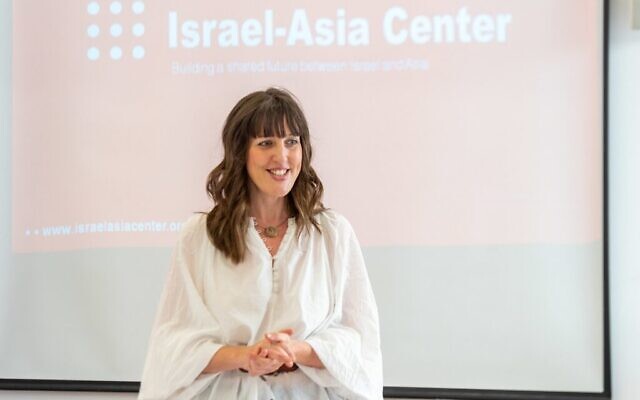 But the trip, in person, “took these relationships to a whole new level,” she said.

“This was the first time that most of us had met in person after months – and in some cases, years — of working together entirely online, and the energy was simply electric! Everyone was so excited to finally be meeting in person,” she told The Times of Israel.

Traveling on non-Israeli passports, the Israeli delegation of six spent six days in Indonesia in mid-July. In the Indonesian capital of Jakarta, the delegates met with local business leaders, university presidents, entrepreneurs, and investors, and visited startup hubs and accelerators.

They also toured cultural and historical sites and, as part of a wider tour of the country, spent time in villages outside the capital where, Zeffert said, they saw first-hand the impact of locally-driven, social impact initiatives, such as the provision of micro-loans and financial training to over one million rural women. 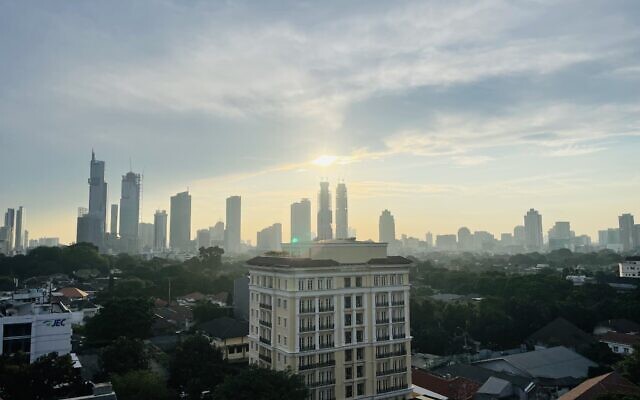 A view of the Jakarta skyline, July 2022. (Rebecca Zeffert)

Aviva Steinberger, director of innovation diplomacy at Start-Up Nation Central said in a statement that she sees “tremendous value in connecting communities of innovators — especially in the energy, agtech and fintech sectors.”

A member (and current president) of the G20, Indonesia is Southeast Asia’s largest economy and the 10th largest economy in the world in terms of purchasing power parity. As the fourth largest country, it boasts a diverse population of some 275 million people across 17,500 islands.

The country was hit hard by the COVID-19 pandemic but is on a recovery path, with hopes to become the 7th largest economy in the world by 2030, with accelerated digitalization of economic and financial areas, according to Indonesian President Joko Widodo. 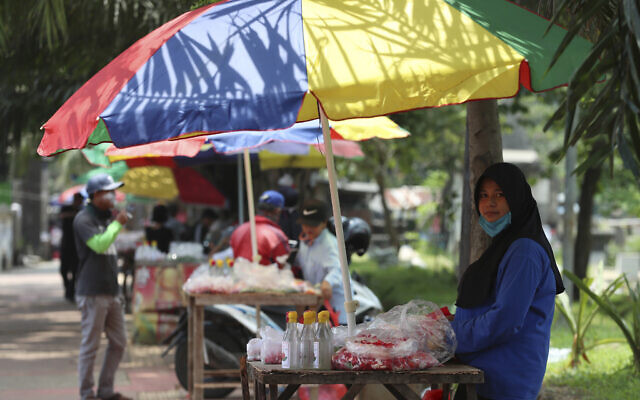 A flower vendor waits for customers at a cemetery in Jakarta, Indonesia, Thursday, April 23, 2020. (AP/Achmad Ibrahim)

Zeffert estimates that, even without official ties, direct and indirect Israel-Indonesia trade comes to about $500 million per year.

The countries have held covert relations for years and there have been indications of efforts for possible diplomatic breakthroughs.

For years, Indonesia has refused to normalize relations with Israel until an independent Palestinian state is established, and has been a staunch supporter of the Palestinians.

But diplomatic efforts could take on new meaning as Israel hopes to formalize ties with more Muslim-majority countries as part of the US-brokered Abraham Accords, first signed in 2020 with the United Arab Emirates, Bahrain, and Morocco.

The program, he said in an Israel-Asia Center statement, “enables a slow and controlled build-up of relationships between vastly different cultures. By the time we actually meet, apprehensions and concerns have mostly been dealt with and relatively smooth sailing lies ahead.” 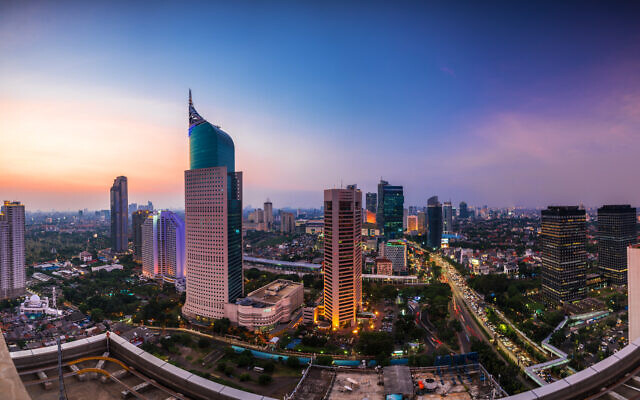 The Jakarta skyline at dawn, 2017. (AlfinTofler via iStock by Getty Images)

Avraham Lifshitz, a delegation member and a co-winner of the Israel-Indonesia Futures challenge this year, said he wasn’t sure what to expect on his first trip to Indonesia but was “struck by the warmth and openness of the people.”

As an Orthodox Jew, he wore a hat over his kippah in public out of caution, but in private, “being overtly Jewish wasn’t a hindrance to interacting with Indonesians, it was an object of curiosity,” said Lifshitz, who works as a consultant to Abu Dhabi-based DANA Venture Builder, an investment platform that supports women-led startups in desert tech.

“Their questions came from a place of genuine curiosity and left me hopeful that people-to-people connections will serve as the future foundations for bridges between Israel and Indonesia,” he said.

At least 3 banks held up across Lebanon in one day, as rage mounts over cash limits

Balad party appeals its election disqualification to the High Court

Physicists from US, France, Austria share Nobel Prize for work on quantum science

In new push, government hopes to get Israelis to sort food waste from other trash

Biden: US to impose ‘further costs’ on Iran over protests crackdown

‘Shalom Ohad, I am with the protesters in Iran, filming with a hidden camera’