Levin, considered the closest politician to Netanyahu, will be the party number two behind its longtime leader, who secured the top spot in June unopposed.

The counting was halted Thursday afternoon while they waited for ballots to arrive from polling stations in the north and south, a party spokesman said.

But with 80% of the votes tallied it appeared that the nearly 80,000 party members who took part in the primary rewarded politicians allied with the Likud leader, placing six loyalists in the top 10 spots.

While no lawmakers in Likud are publicly anti-Netanyahu, there is a range of how closely aligned they are with the former prime minister.

Final tallies are expected later Thursday afternoon, but the Knesset slate will take longer to shake out, as candidates’ appeals and special appointments by the party leader are expected.

Levin is considered Netanyahu’s righthand in the Knesset, managing faction business and politics. Most recently, Levin — helped by Yoav Kisch, who also placed in the top 10 — managed Knesset dissolution negotiations with the coalition on behalf of the Likud-led opposition. Levin is also the brain behind the party’s judicial reform agenda, and has advocated for it since his days as a lawyer.

Kisch had backed Justice Minister Gideon Sa’ar, now the New Hope party chair, in his unsuccessful 2019 bid to take over the helm of Likud from Netanyahu. But since then he has worked to rehabilitate his standing with the party leader, and has become a second to Levin in some ways, including the sensitive Knesset dispersal negotiations. 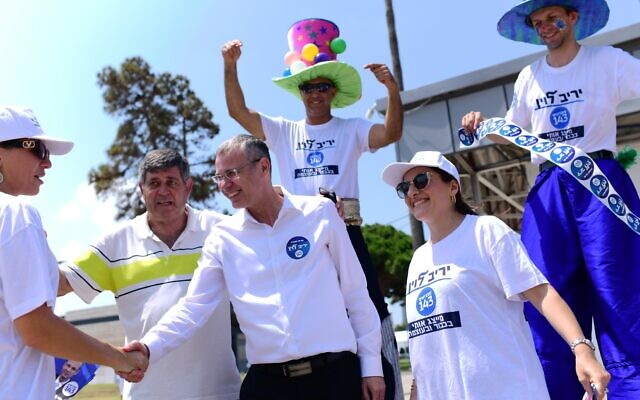 Likud party member Yariv Levin arrives to cast his vote in the Likud primaries, at a polling station in Tel Aviv on August 10, 2022. (Tomer Neuberg/Flash90)

Likud is currently polling between 30 and 35 seats in November, but only candidates securing a position up to 20 are considered to have a realistic shot at entering the Knesset come November because the party reserves spots for specially selected candidates. However, if Likud finds its way back to power, Netanyahu will have the opportunity to pull in additional lawmakers further down the list by swapping them in for a number of appointed ministers.

While exit polls predicted that a number of senior politicians would be shut out of the next Knesset, results show they will squeak in, though they were demoted by voters.

Most prominent among them is Yuli Edelstein, reduced to number 16. A former Knesset speaker and health minister, Edelstein used to be a close confidant of Netanyahu, but said last year that he planned to challenge Netanyahu for Likud’s leadership. Netanyahu has led the party since 2005. 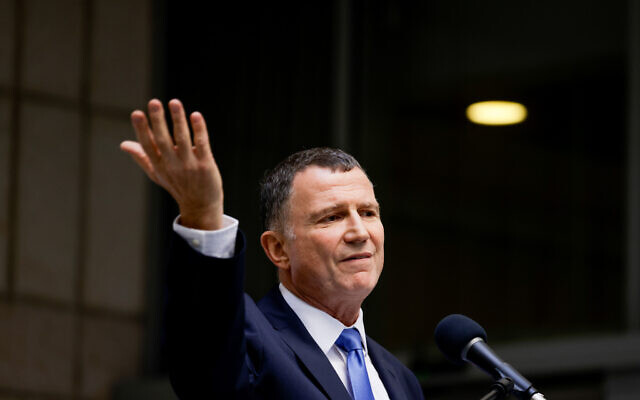 Outgoing health minister Yuli Edelstein at a ceremony to install his replacement, held at the Health Ministry in Jerusalem, on June 14, 2021. (Olivier Fitoussi/Flash90)

Netanyahu’s government at the time was “simply dangerous for Israel,” Edelstein said while announcing his challenge, adding that the party had repeatedly failed to form a stable coalition under the longtime leader. Edelstein succumbed to internal party pressure to give up the leadership challenge in June.

In the last Likud primary in 2019, Edelstein was the top vote-getter, placing second on the party’s list behind Netanyahu. Behind Edelstein was Sa’ar, who later broke with Netanyahu to form New Hope.

One of the reasons that Netanyahu pushed to keep the polls open for an extra 90 minutes on Wednesday night in a bid to drive up voter turnout, which ultimately reached 58%, was to dilute the effects of deals struck among candidates for mutual support. Likud voters can selected up to 12 candidates on a primary ballot, and Bitan, Katz, and Katz reportedly encouraged each other’s supporters to vote for the tripartite.

That played out in the results, which saw the three clustered in numbers 12, 14, and 15, led by Israel Katz, then Bitan and Haim Katz.

Party sources expected up to a third of lawmakers to turn over after the primary, as the Likud slate is structured to actively encourage new blood in the ranks. Several of the lawmakers who were bumped were party mainstays. 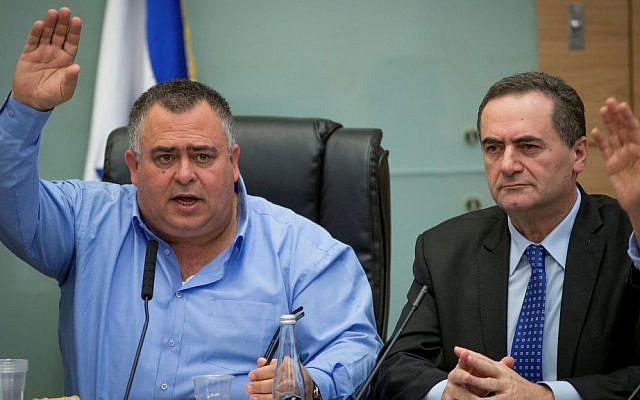 Former ministers Tzahi Hanegbi and Gila Gamliel are among the most prominent. Hanegbi threw his hat in the ring to succeed Netanyahu during a brief January window when the former prime minister was considering exiting politics via a plea deal to close his three corruption cases.

Vocal new female lawmakers May Golan, Etty Atia, and Kety Shitrit, journeyman politician Orly Levy-Abekasis, and newer lawmaker Keren Barak dropped below the cut-off, but some will be resuscitated by being given spots reserved for female candidates.

In addition to spots claimed in the primary, voters on Wednesday approved Netanyahu’s five discretionary spots to dole out, three deemed realistic for entering Knesset: 14, 16, and 28.