Blue and White party leader Benny Gantz has decided to reject an invitation from US President Donald Trump to visit Washington next week for a meeting on the long-awaited Middle East peace plan, Israeli TV reported Friday night.

The Channel 12 report, citing sources in the party, said that Blue and White’s leadership was unanimous in the decision not to go to Washington, but noted that massive US pressure could still force Gantz to change his mind.

Gantz and Prime Minister Benjamin Netanyahu were invited to the White House next Tuesday, the day the Knesset is set to vote on establishing the committee that will weigh the premier’s request to be protected from corruption charges in three criminal cases.

Channel 12 said Gantz feared the invitation was a “trap,” specifying that he did not know what role he would have in the “performance” in Washington and that it wasn’t clear what his standing would be.

The report said Gantz was also unsure on how Trump would treat him in relation to Netanyahu, who has a long and friendly history with the US leader. 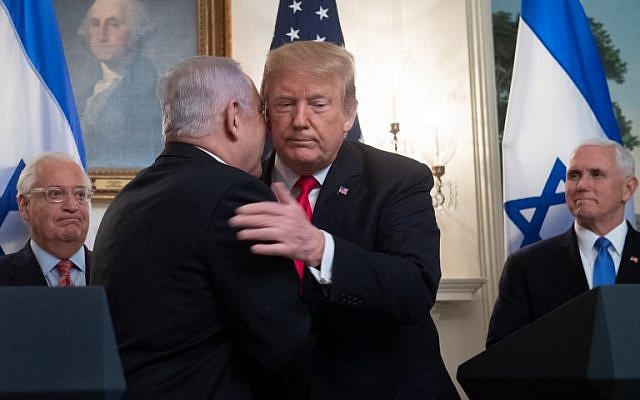 US President Donald Trump (R) and Prime Minister Benjamin Netanyahu embrace prior to signing a Proclamation on the Golan Heights in the Diplomatic Reception Room at the White House, March 25, 2019. (Saul Loeb/AFP)

“In Blue and White [party] they fear it will be more political than diplomatic and Netanyahu is bringing Gantz to Washington, not to praise him, but to embarrass him, or diminish him,” the report said. “It’s a type of risk the party does not want to take.”

Blue and White was also reluctant to publicly cooperate with rival Netanyahu as its main campaign idea has been based on the need to remove him from office.

Party leaders told Channel 12 that they could not “on the one hand work to remove Netanyahu’s immunity and his legitimacy, but at the same time participate in this together with him, giving him the status of a leader heading these major diplomatic moves.”

However, the report said that there was still a small chance Gantz could go, particularly if the Americans put immense pressure on him or give him certain assurances.

Blue and White realizes a rejection of the invitation could antagonize Trump and that the party was making every effort not to criticize the US president or his peace plan in the coming days, Channel 12 said. 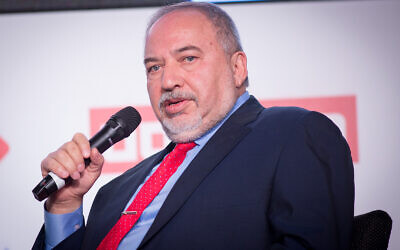 Yisrael Beytenu head Avigdor Liberman on Friday slammed the timing of the likely release of the plan.

“I have no doubt that the peace plan that the US president intends to present will include quite a few positive elements,” Liberman wrote on his Facebook page.

“Presenting the plan five weeks before elections, precisely on the day when the debate on the removal of the prime minister is decided, will prevent a substantive and in-depth discussion of a political initiative,” Liberman said. “The sky won’t fall if the deal of the century is delayed until March 3.

“This Tuesday, we must focus only on removing immunity and applying sovereignty over the Jordan Valley, as the prime minister has promised,” Liberman said.

Meanwhile, US Vice President Mike Pence confirmed Thursday that Netanyahu will visit the White House next week. Pence said that at Netanyahu’s urging, he also invited Gantz, the premier’s top rival in the upcoming elections.

And Trump said that he’ll likely release the plan before his meeting with Netanyahu and Gantz.

“It’s a great plan. It’s a plan that really would work,” Trump told reporters on Air Force One en route to a Republican Party meeting in Florida Thursday.

Trump said he was surprised that both men were willing to take a break from campaigning for Israel’s March 2 vote to join him Tuesday in Washington. 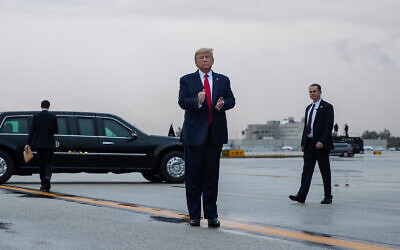 “They both would like to do the deal. They want to see peace,” Trump said. “Look, Israel wants peace, Palestinians want peace. They all want peace. Not everyone wants to say it.”

The plan is expected to strongly favor Israel, and is unlikely to garner any international support if it is seen as undermining the prospect of a two-state solution.

Trump said his administration has talked briefly to the Palestinians, who reject the administration’s peace plan before its release.

According to Channel 12, the peace plan is the most generous US proposal ever for Israel, likely providing for Israeli sovereignty over all West Bank settlements and sovereignty throughout Jerusalem. According to that TV report, which was unsourced, the plan also offers potential eventual recognition of Palestinian statehood, provided the Palestinians demilitarize Gaza and accept Israel as a Jewish state — conditions the Palestinians would presumably reject.

Blue and White sources also said that at this point the party had no intention to push off the immunity proceedings.

Netanyahu’s Likud party, on the other hand, was seeking to delay the vote on forming the committee to deliberate his immunity request, citing the Trump administration’s intention to unveil its peace plan, according to Hebrew media reports.

Netanyahu has sought to prevent the forming of a House Committee to weigh his immunity request prior to the March 2 election, as under the makeup of the current Knesset it is all but assured of rejecting it.

Blue and White MK Avi Nissenkorn, head of the Knesset’s Arrangements Committee, on Tuesday penciled in January 30 at 2:30 p.m. as the start of Netanyahu’s hearings, which are expected to take a week and include six sessions.

The start, however, depends on Tuesday’s scheduled plenum vote to form the House Committee. 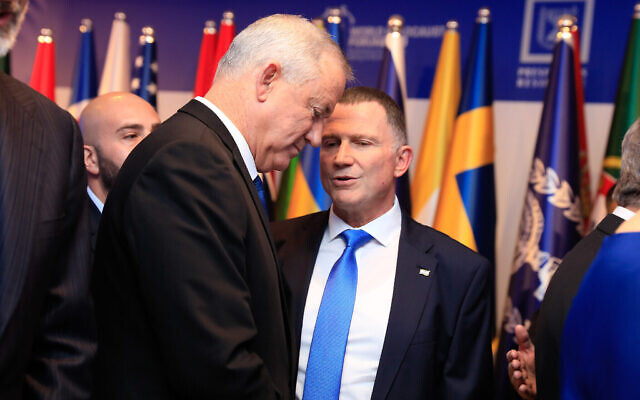 Once formed, the House Committee could conceivably debate and potentially vote on Netanyahu’s immunity request in the coming weeks, ahead of election day. Even if it fails to reach a verdict by then, its meetings are likely to keep Netanyahu’s criminal proceedings front and center in the election campaign.

The prime minister and his supporters have argued that the committee should not be formed because the Israeli government is in transition, and also because there is insufficient time before the elections for it to properly weigh the immunity request.

Netanyahu announced at the start of January that he would ask the Knesset for parliamentary immunity, as he faced a legal deadline to do so, following Attorney General Avichai Mandelblit’s decision to charge him in three corruption cases. Mandelblit cannot officially indict Netanyahu until the Knesset votes on his request.

Netanyahu has been charged with fraud and breach of trust in three cases, and bribery in one of them. He denies any wrongdoing, and claims, without evidence, that the charges are part of an attempted “political coup” against him involving the opposition, media, police and state prosecution.

US accuses Russia of cyber attack in Georgia that disrupted websites

Defense Minister: "I regret not going to yeshiva before army service"

In Fiji, Rivlin asks island nation to be an ally on ‘biased’ UN rights council

Safdie bros. to launch show within a show with comic Nathan Fielder