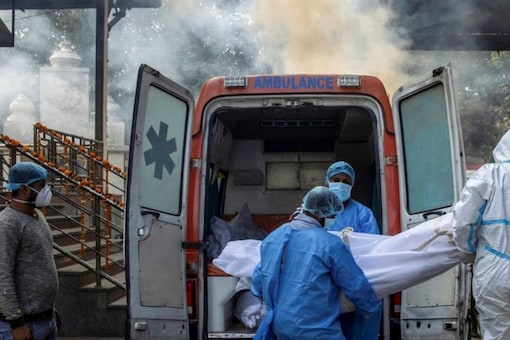 The death toll also includes two fatalities which were not reported earlier, according to the bulletin. The number of active cases stands at 811 in the state.

Punjab reported 69 new COVID-19 cases on Thursday, taking the infection tally to 5,98,590, while two more fatalities took the death toll to 16,250, according to a medical bulletin issued here. The two new deaths were reported from Bathinda and Kapurthala districts, it said.

The death toll also includes two fatalities which were not reported earlier, according to the bulletin. The number of active cases stands at 811 in the state, it said.

Jalandhar reported 13 new cases, followed by 10 in Bathinda and six in Ferozepur, it said. With 123 recoveries, the number of those cured from the infection stands at 5,81,529, the bulletin said.

A total of 1,17,92,233 samples have been collected for testing so far in the state, it said. Meanwhile, Chandigarh reported two new cases, taking its infection tally to 61,916, according to the medical bulletin. The death toll stands at 809, it said. The number of active cases stands at 34, according to the bulletin.

Nine patients were discharged after they recovered from the infection, taking the overall recoveries to 61,073, it added.

India, US To Virtually Co-host Indo-Pacific Business Forum In October

US Urges UN Council To Press Myanmar To Return To Democracy

US Congressman Congratulates India Ahead Of 75th Independence Day

Srisailam dam lifts 10 gates due to heavy inflow of floodwaters

Cases against media houses to be withdrawn

‘Two years of BJP governance is marked by corruption scandals’

No immediate rehabilitation of Vijayendra?

Baseless, Misleading: AYUSH Ministry On Claim By NICE On Approval To Its Covid Treatment Protocol

Teachers of govt., aided schools to return on Aug. 2

We will meet all aspirations of police personnel soon: Stalin

Pandemic puts the brakes on organ transplants in T.N.

All those above 18 receive vaccination in remote panchayat in Odisha

Governor participates in celebration of one year of NEP -2020

Book on rivers and streams in State released

Woman ‘sells’ vehicle after her death in Anantapur