The first position has been bagged by Shubham Kumar while Jagrati Awasthi secured the second position. Ankita Jain secured the third rank. 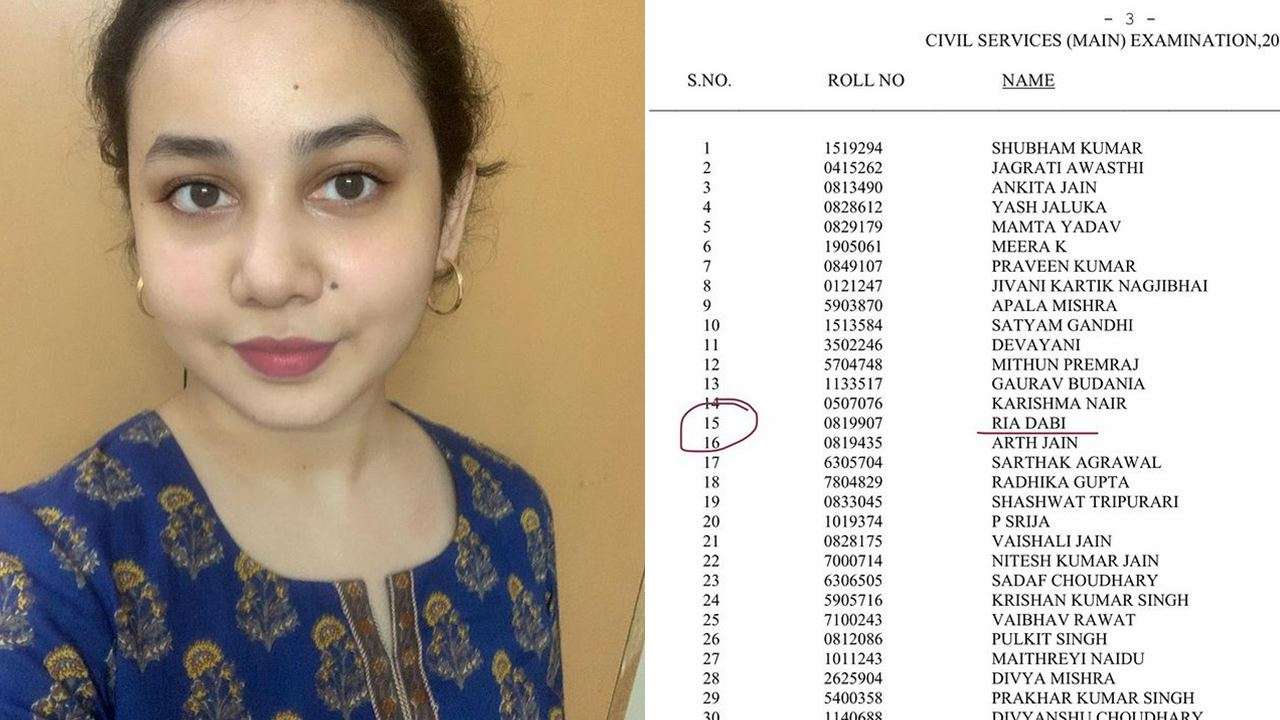 Ria Dabi, the sister of 2015 batch UPSC topper Tina Dabi, has secured 15th rank in the civil services examination whose results were announced on Friday.

"I am delighted to share that my younger sister Ria Dabi @ria.dabi has got rank 15 in UPSC 2020 exam," Tina wrote on her Instagram handle.

The results for the civil services examination were released on the official website of UPSC upsc.gov.in A total number of 761 candidates have been recommended for appointment.

The first position has been bagged by Shubham Kumar while Jagrati Awasthi secured the second position and Ankita Jain, the third.

Notably, Tina Dabi dominated headlines when she topped the prestigious UPSC exams. Then came the beautiful twist in the tale when Dabi announced her engagement with Athar Amir Khan, the man who lost out the IAS race to her. Athar Khan, who hails from Kashmir, had secured the second position in the UPSC civil services examination in 2015, while Tina Dabi had topped the civil service examination. The couple had tied the knot in an idyllic ceremony in the picturesque Kashmir Valley in 2018.

The duo’s marriage had grabbed eyeballs sometime ago after Dabi had removed 'Khan' from her surname on social media. Around the same time, Athar too had unfollowed Tina on Instagram.

Tina and Athar are believed to have become close to each other during their training period. Both are officers of the Rajasthan cadre and are currently posted in the state.

US Condemns Attacks On Hindu Temples, Businesses In Bangladesh

Loss of fishing days a major concern for coastal community

Webinar to be held to mark World Menopause Day

State to hold excavations in Korkai

APSRTC rakes in the moolah during Dasara

DIG does not rule out possibility of questioning Ayyanna, Bandaru

‘Sirimanotsavam’ celebrated on a low-key note in Vizianagaram

Naidu urges Centre to take up census of BCs

Dramatic drop in seizure of LSD blots in last 4 years

Man Kills 23-yr-old Woman, then Shoots Himself in Greater Noida

‘Amendments to Act will add to further degradation of ghats’