As announced by the government on the eve of the 74th Independence Day on Friday, four Bravehearts have been honoured with the prestigious Police Medal for Gallantry posthumously. 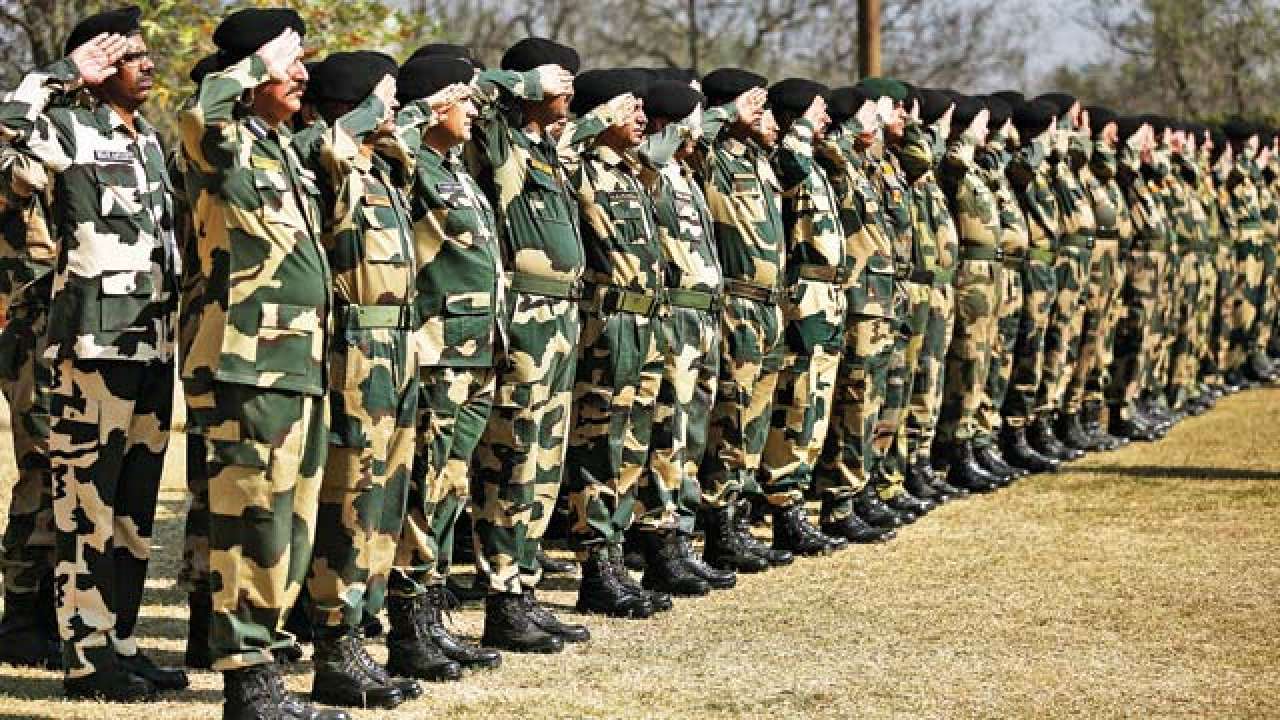 The largest Central Armed Police Force of the country has been awarded as many as 55 Police Medals for Gallantry on the eve of Independence Day. With this, the total number of gallantry medals won by the deserving personnel of the force till now has reached to 2036 - the highest among all the CAPFs in the country. As announced by the government on the eve of the 74th Independence Day on Friday, four Bravehearts have been honoured with the prestigious Police Medal for Gallantry posthumously for their courage, dedication and above all their sense of devotion to the Motherland. The narrative behind each of these gallantry medals speaks the language of courage, dedication to duty, devotion for the motherland and over and above a steely resolve to deliver, which is the hallmark of internal security warriors.

Naresh Kumar, Assistant Commandant and a courageous officer of CRPF, has scripted history by receiving his 7th Police medal for Gallantry in a short span of four years. An officer with the sharp tactical acumen and indomitable courage, Naresh Kumar has led the CRPF Valley QAT in Srinagar which has a glorious history of continued success marked with numerous Gallantry medals that embellish its valour.

This year alone, the Valley QAT has been adorned with more than 15 Gallantry medals. Furthermore, the erstwhile IG Srinagar, CRPF, Ravideep Singh Sahi and the present valley QAT Commander, Loukrakpam Ibomcha Singh and his teammate Ct Devsant Kumar have been awarded Police Medal for Gallantry for a courageous operation in Srinagar on 3rd October 2017 where two militants were neutralized by the security forces.

For Loukrakpam Ibomcha Singh, this is his 3rd Gallantry Medal and second PMG while Ct Devsant Kumar will be receiving the PMG for the second time. Yet another story of grit and courage relates to 208 CoBRA where the team of gallant warriors came under a heavy attack from Maoists in jungles of Sukma, Chhattisgarh on 03/04 March 2016, the troops retaliated with bravery and forced the Maoists to give up their nefarious design. In this long-lasting encounter, nine Maoists were neutralised while 05 were injured. Three Bravehearts of 208CoBRA made supreme sacrifice serving the nation. For their indomitable gallantry and courage in the face of danger during the operation, 208 CoBRA has been awarded 8 PMGs with three being awarded posthumously.

Out of the 55 Gallantry medals awarded to the force, 41 were awarded for operations in J&K while 14 relate to the operations against Maoists in Chhattisgarh. Further, the awardees include 7 Bravehearts who have already received one or more gallantry medals in the past.

In addition, CRPF also bagged 4 President’s Police Medal for Distinguished Service and 59 Police Medals for Meritorious Service which speaks volumes about the courage and commitment of CRPF- which is rightly acclaimed as the peacekeepers of the nation.

Anand recalls SPB as his sponsor

Ever popular, the devotionals SPB sang

‘MSV ticked him off for Telugu accent’

Stage shows an integral part of his journey

A man close to his roots

‘An irreparable loss to all music lovers’

An enthusiastic actor full of warmth

Blame game on funding to State from Centre

S.P. Balasubrahmanyam to be cremated with State honours

Making Efforts To Fulfil Promises Made To People: Raj CM

Illegal houses in BDA layouts to be regularised

In Rayudu's Absence, We're Lacking A Bit Of Steam In Batting: Dhoni

3 New CNG Furnaces At Nigamnodh Ghat Will Be Ready Within A Month: Mayor

Tighten your belt in current fiscal year: Congress to govt.

6,64,000 hectares to be dropped from ‘deemed forest’ classification

CET in November for admission to IIITs in State, says Minister

SPB was not just a singer, but a multifaceted personality

He will live in people’s hearts, says Governor

Highway still under siege in Dungarpur

Farmers block roads in Haryana to protest against Central Bills

Multilateralism Must Not Be Just Generous But Also Creative And Practical: Jaishankar

Over 4 lakh samples tested in Anantapur

Satyavedu’s bats are here to stay

"I do not consume narcotics nor promote consumption of any such substance," Karan Johar releases statement