Somaliland, a full-fledged functioning de facto independent country in the horn of Africa, has established ties with Taiwan. What is significant is that Somaliland borders Djibouti that host many foreign bases including the only base foreign base of China. 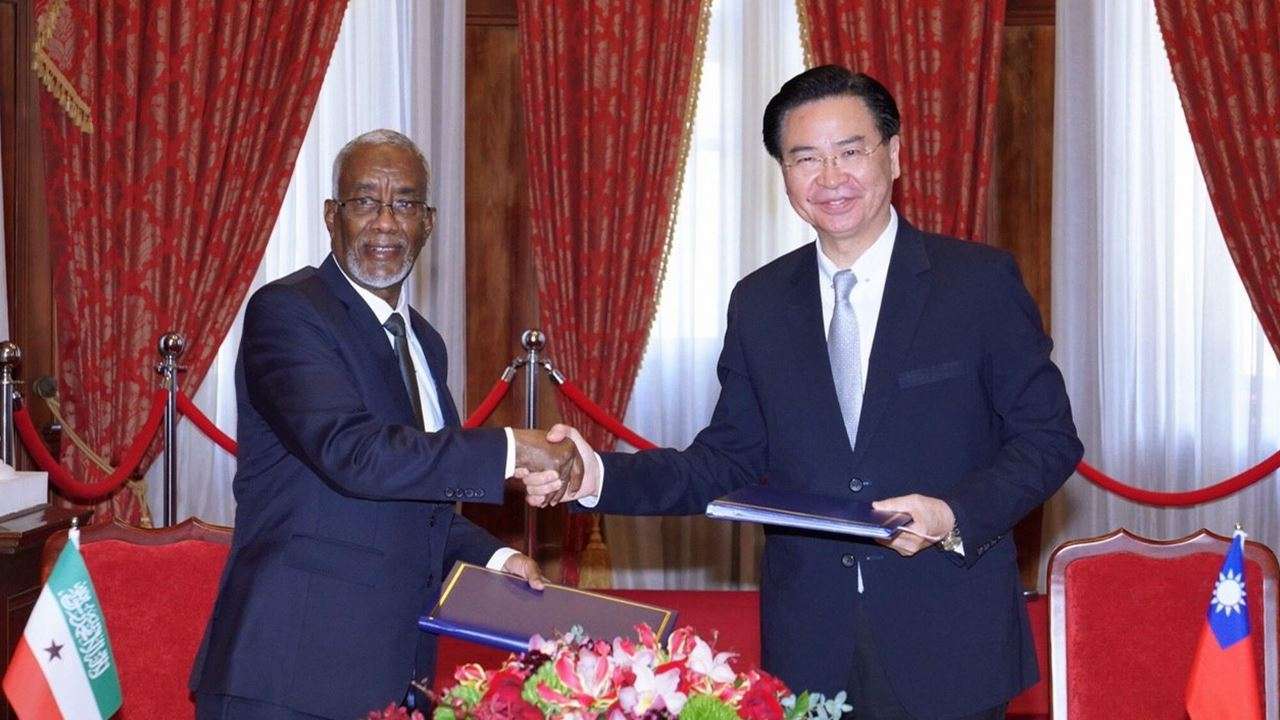 Somaliland, a full-fledged functioning de facto independent country in the horn of Africa, has established ties with Taiwan. What is significant is that Somaliland borders Djibouti that host many foreign bases including the only base foreign base of China.

Chinese People's Liberation Army Support Base in Djibouti was established in 2017 and gives the Chinese navy an oversight from the Suez canal to the western Indian ocean.

A Taiwan Representative Office will be set up in this "independent country on the Horn of Africa" and "We're thousands of miles apart, but share a deep-seated love of freedom and democracy" the statement from Taipei.

The Somaliland Foreign Minister Yasin Hagi Mohamoud was himself in Taiwan to sign the agreement and establishment of diplomatic ties, welcomed by both Tsai Ing-wen President of Taiwan and Muse Bihi Abdi President of Somaliland.

Remember Somaliland in northwestern Somalia, while is a fully functioning country, but is not recognised globally. Few engagements with foreign governments have happened including with South Africa, UK, Djibouti, Sweden.

Its passport is officially accepted by more than 150 countries and enjoys a high-level of visa exemption or facilitation treatment due to its people's 20 million outbound visits every year.

Arrests made in ‘honour’ killing case in Palacode

HC advances hearing of case filed by Deputy Speaker against Stalin, others

At least 10 killed, hundreds injured in massive blast in Lebanon's capital; no injury reported among Indians

‘Atrocities against women in A.P. on the rise’

HC directs govt. to lay down standard protocol for panel to monitor hospitals

Perseverance pays off for Arun

Going was tough, but they were tougher

It is for the TDP to prove its point in the people’s court, says YSRCP