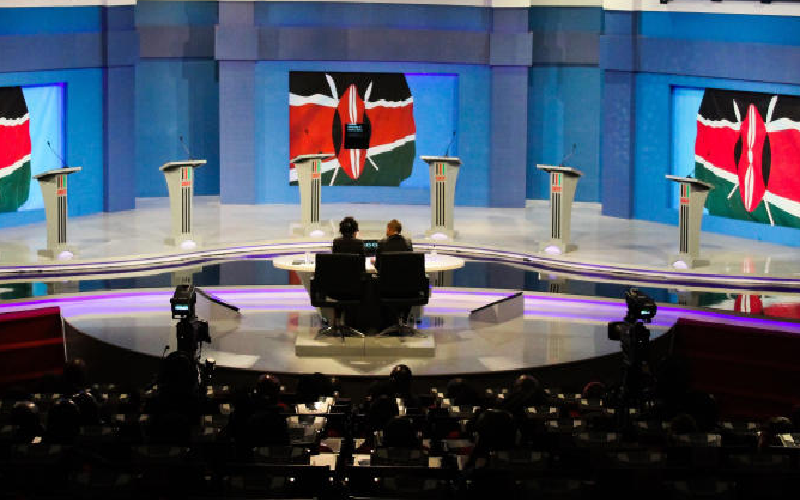 More details on how Kenyans will participate in the debates will be communicated later, the Head of Presidential Debates Secretariat, Clifford Machoka, said in a statement on Friday, June 3.

The secretariat has assured all the candidates of objectivity and fairness during the debates.

“Planning for the 2022 debates has been underway since 2021 and are currently at very advanced stages. Specifically, we have involved various stakeholders, including presidential aspirants – including William Samoei Ruto Presidential Campaign – to map their expectations. In these consultations, we will continue to ensure the debates are as inclusive and representative as possible,” said Machoka.

“For us to take our country forward, it behooves us to work together rather than threaten processes that are important to the country. In this regard, the 2022 Kenya Presidential Debates will proceed in July 2022 and we will shortly announce the details on how Kenyans can participate,” said Machoka.

On Thursday, June 2 Deputy President William Ruto, who is eyeing the presidential seat, asked the media to be fair in political reporting and allocation of airtime to key players in the upcoming general election.

Through his presidential campaigns secretariat, Ruto said he’d “noted with much concern the repeated and continued bias and propaganda in a section of Kenya’s mainstream media”.

“We note the unequal allocation of coverage, compounded by biased framing and negative profiling of the Kenya Kwanza Alliance campaign and personalities affiliated to it,” the DP said through his presidential campaigns communications director Hussein Mohamed.

Due to the alleged media bias, Ruto threatened to boycott the July 2022 presidential debate.

“Under the current partisan media environment, we have advised our candidate (William Ruto) against participating in the presidential debates,” said Hussein Mohamed.