Chebukati: Why we slammed the door in Governor Wa Iria's face 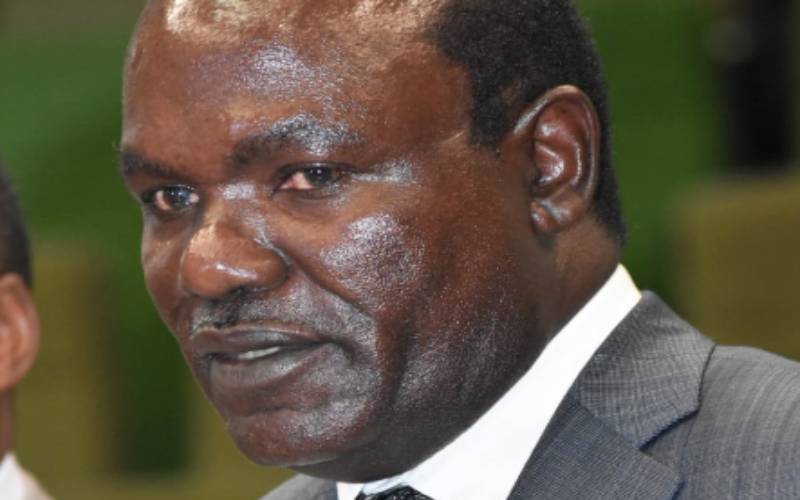 Asked why some aspirants, such as George Wajackoyah of Roots Party and Peter Mumbiko; an independent aspirant, were given a lifeline despite not meeting the signatures requirement, the IEBC boss said: “We were only granting an extension to the aspirants who presented signatures from a minimum of 24 counties. Wa Iria brought signatures from 22 counties only.”

Chebukati was speaking at the Bomas of Kenya on Monday, May 30 after clearing Walter Mong’are alias Nyambane of Umoja Summit Party of Kenya to run for president.

“The only signatures that were valid in Wa Iria’s submission were from five counties. The remaining signatures from 17 counties did not meet the threshold for clearance,” said the IEBC boss.

At the same time, Chebukati said he barred independent aspirant Reuben Kigame from running because he, just like Wa Iria, failed to submit signatures from at least 24 counties.

Earlier Monday, Governor Wa Iria caused a scene at the Bomas of Kenya protesting being left out of the presidential race.

Wa Iria lined up several branded vehicles at the Bomas of Kenya’s main gate, blocking the entrance and exit.

He also mounted a public address system, saying he’ll do everything possible to be heard.

The IEBC blocked Wa Iria’s application over failure to submit enough signatures to support his presidential bid. He needed not less than 48,000 signatures from constituents of at least 24 counties in the country.

The governor was seeking to run for the presidency on his Usawa Party ticket.

For more than two hours, the county chief stayed put, paralysing preparations for aspirants’ verification that had been scheduled to begin at 2pm.

Wajackoyah’s application was rejected over signature shortfall, while Mong’are’s bid was approved, making him the first aspirant to be cleared to run for presidency. Wajackoyah was given until 3pm on June 2 to raise the needed signatures.

A contingent of police officers was Monday morning deployed to ensure order was maintained at the Bomas of Kenya as tens of Wa Iria’s supporters continued to demand he be attended to by the IEBC officials.

All through, the electoral board officials remained inside the Bomas of Kenya.

“Who gave you the orders to lock us out?” Wa Iria was heard asking the security officers manning the gate at the Bomas of Kenya.

“We are Kenyans, and we know our rights. This kind of stupidity has to stop. I will fight till the end to ensure that I’m on the ballot paper as a presidential candidate, even if it means holding protests countrywide,” he said.

Wa Iria later left Bomas at around 2pm, vowing to return to the venue on Tuesday, May 31. He also vowed to turn his Usawa Party into a resistance movement.

Gospel musician Reuben Kigame, who was also locked out of the presidential race over signature shortfall, also protested his omission, saying he wasn’t given convincing reasons why his application was rejected.