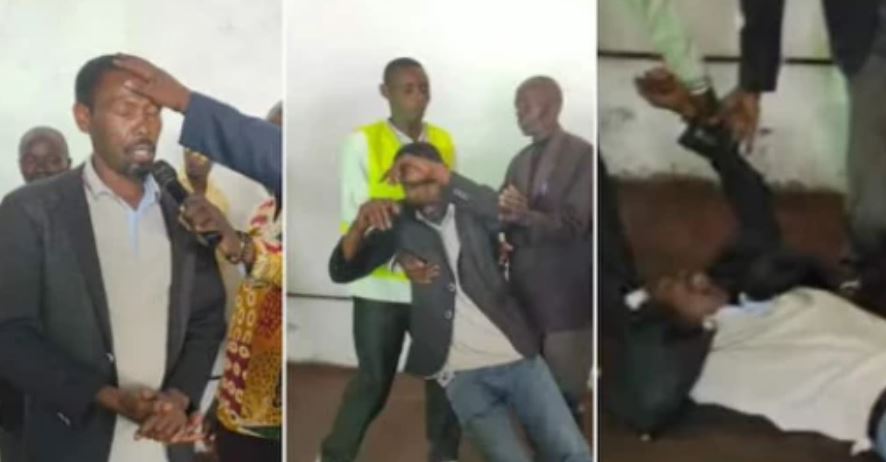 After a short hiatus from grabbing headlines, actor and comedian Omosh(born Joseph Kintuhia) resurfaced over the weekend in a video with the controversial pastor, Victor Kanyari.

In a viral video, Omosh introduced himself and admitted he was a sinner and wanted God to help him.

Pastor Kanyari then prays for him and declares he has set Omosh free from the demons ‘currently holding him hostage’.

Omosh was seen falling to the ground as Kanyari cast out the demons.

“I bless Joseph Kamau star yake ikaweze kurejea. In the name of Jesus, out! Fungulia kipawa yake. Nguvu za giza out. I set this man free,” Kanyari prayed as Omosh tumbled to the ground.

Of course, Kenyans online dismissed the ‘exorcism’ as a publicity stunt, with Omosh earning praise for his supposed acting skills.

But in a rejoinder, Omosh insisted he was overwhelmed by the ‘holy spirit’.

“Mtumishi wa Mungu kukuombea si vibaya.There was no acting there. I was being prayed for you I was deep in prayers. When he put his hand on me nikajirelease kama ni baraka siwezi kaza mguu ionekane sikuanguka. No! I fell,” Omosh said.