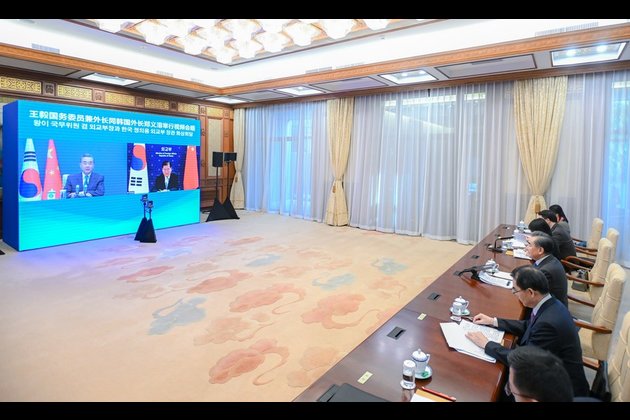 Noting this year marks the 30th anniversary of diplomatic relations between China and the ROK, Wang said China and the ROK should uphold and revisit the original aspiration of establishing diplomatic ties and jointly plan for the future development of bilateral relations.

China wishes the general election of the ROK to go smoothly and hopes that the relations between the two countries will achieve a steady transition after the election and continuously advance to a higher level, Wang said.

China appreciates the efforts made by the ROK to promote the peace process on the Korean Peninsula and is willing to continue to provide assistance within its capacity, Wang said.

Wang added China is willing to strengthen communication and coordination with the ROK on the Korean Peninsula affairs.

Chung Eui-yong said the ROK appreciates and believes that China will continue to play a significant and constructive role on the Korean Peninsula issue.

The two sides also exchanged views on the situation in Ukraine.