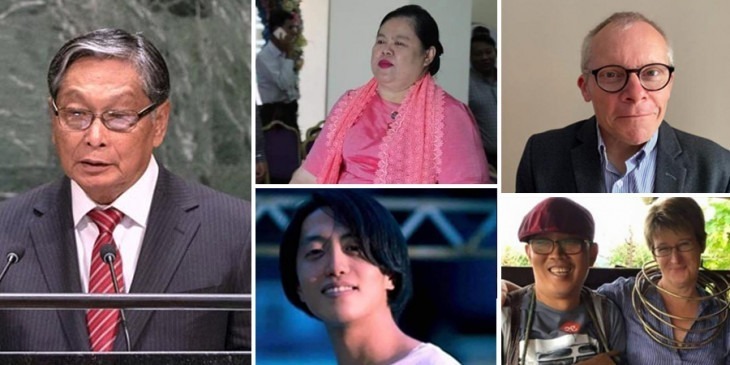 The military council announced today that it had granted amnesty to over 5,700 prisoners across the country including four foreigners and public figures to commemorate Burma’s National Day. A total of 5,774 prisoners – including 5,098 men and 676 women – have been released and the regime claimed it was an act to “emphasize humanitarianism” in accordance with Sec.401, sub-sec 1 of the Code of Criminal Procedure.

The order was issued by the secretary of the military council Lt-Gen Aung Lin Dwe. Junta leader Min Aung Hlaing is said to have granted the amnesty with the stipulation that the released prisoners will have to serve their remaining sentences if they commit another crime in addition to new charges. Former Minister for the Office of the State Counsellor of Burma Kyaw Tint Swe, member of Union Election Commission Than Htay, former prime minister of Tanintharyi Region Dr. Lae Lae Maw, artist Htein Lin, and comedian Sinma were among those included in the amnesty.

Four foreigners, including Australian economist Sean Turnell, former British ambassador Vicky Bowman, Japanese filmmaker Turo Kubota and Burmese-American Kyaw Htay Oo were also released. The military council said the four were deported after their release due to “diplomatic ties between countries.” Over 11 public figures charged under Section 505(A) of the Penal Code including director Hpone Thaik, actress Phway Phway, model Hay Man Thu Thu Aung, director Mal Min Bon, presenter Su Mon, singer Ni Ni Khin Zaw have had their charges withdrawn. The Assistance Association for Political Prisoners (AAPP) announced that a record 13,015 people have been arrested over a year and half since the military coup.