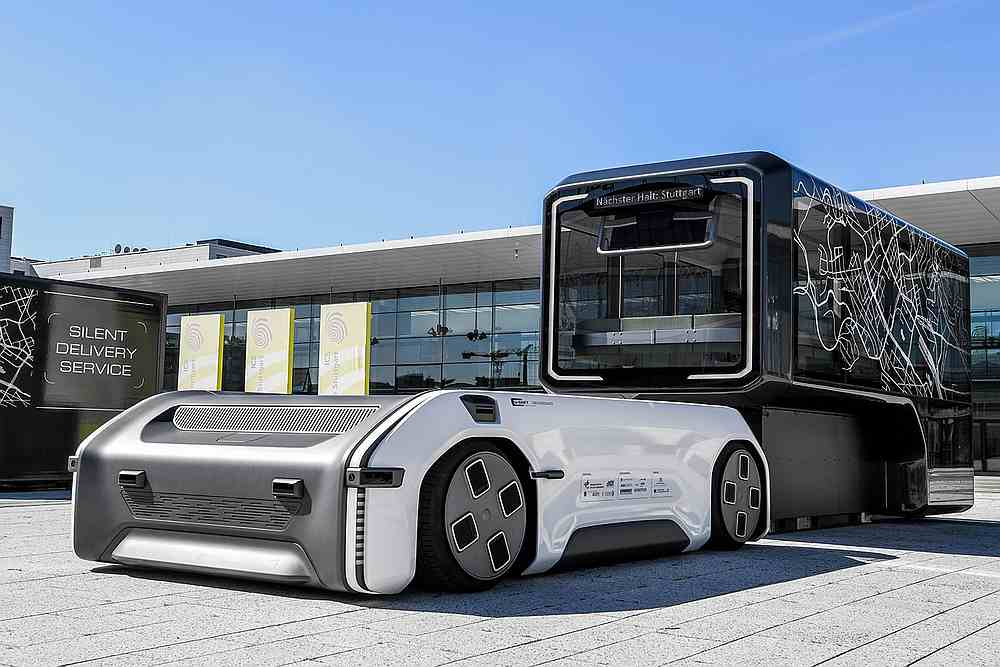 The modular U-Shift has been designed for use with a range of different capsules for passengers and cargo. — Picture courtesy of DLR via AFP

STUTTGART, Sept 22 — The German Aerospace Centre (DLR) has unveiled a prototype electric vehicle, which is both autonomous and modular. Christened the U-Shift, the concept, which can carry both passengers and goods, has been designed to operate 24 hours a day in the cities of the future.

The new multi-purpose vehicle, which has been shown for the first time in Stuttgart, Germany, mainly stands out for its modularity. It is composed of two distinct parts, a U-shaped driveboard with four wheels and a motor, which serves as a base for a variety of capsules for the transport of people or goods.

This modular system has been developed to cater to a variety of future mobility and logistics needs in the cities of the future.

Comparable in size to a large van, the U-Shift can be equipped with a glassed-in capsule for public transport of passengers or parcels. In the passenger configuration shown, it was equipped with seven seats, while the cargo version had space for several pallets or rolling cabinets.

In theory the driverless concept will be able to operate at low speeds for 24 hours a day, and park by itself when need be.

The next stage in its development will be to improve the performance of the U-Shift, and to equip it with more sensors to ensure that it can operate independently in all kinds of environments. The next fully automated prototype, which will be able to reach speeds of 60 kph, is expected to go on show in 2024. — AFP-Relaxnews

Hans-Dieter flick: I Hope Alaba will sign a contract with Bayern. Our club is one of the best in the world
Diego Maradona: Messi gave Barca everything, brought them to the top. He was not treated the way he deserved
Federico Chiesa: I hope to leave my mark in Juve. We will achieve great results
The Coach Of Benfica: I don't want us to look like the current Barcelona, it has nothing
Guardiola on returning to Barca: I'm happy at Manchester City. I hope to stay here
Fabinho will not play with West ham due to injury
Ronald Koeman: Maradona was the best in his time. Now the best Messi
Source https://www.malaymail.com/news/drive/2020/09/22/aerospace-industry-exploring-future-of-mobility-in-tomorrows-cities/1905455

Angry French city asks after church attack: Why us again?

Stay out of LTAT and Boustead boards, Patriot tell politicians

Budget 2021, MPC meeting, US election to be key movers for Bursa Malaysia next week