Bruce Springsteen to perform in livestream from Fenway Park 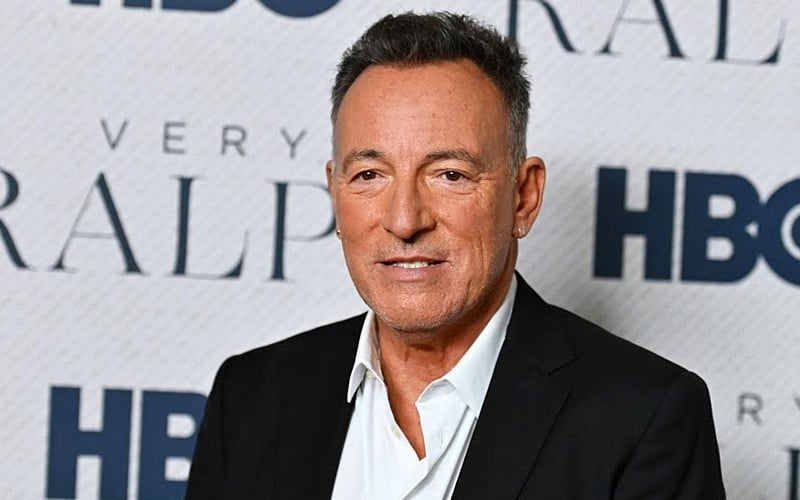 US singer/songwriter Bruce Springsteen at the world premiere of HBO Documentary Films ‘Very Ralph’ at The Metropolitan Museum of Art in New York City in 2019. (AFP pic)

BOSTON: The Boss will make a remote appearance during the Dropkick Murphys’ livestreamed show, which will be broadcast from 6 pm EDT on May 29 on the band’s Facebook, YouTube, Twitter and Twitch pages.

The free concert, dubbed “Streaming Outta Fenway,” will be performed without a live audience to adhere to social distancing guidelines.

The members of the Dropkick Murphy will be spread out across the diamond at Fenway Park, with fewer than 30 crew members handling the audio and video operations for the concert.

“Fenway offers the opportunity to get the distance we need in a production kind of setting. It’ll be drums at second base, banjo where the shortstop is, and singers in the infield.

“You could never get that kind of distance indoors,” singer and bassist Ken Casey told the Boston Globe.

“Streaming Outta Fenway” will mark the first time that a band has played a show on the actual baseball diamond at Fenway Park.

The Dropkick Murphys have a history with Boston’s home stadium, where the Celtic punk rock band notably recorded their third live album, “Live at Fenway,” in 2011.

Throughout the livestream, fans will be encouraged to make donations via a text-to-donate campaign for various charities. Among them are the Boston Resiliency Fund, Feeding America and Habitat For Humanity.

Last March, the Dropkick Murphys amassed US$60,000 in donations and more than 10 million views during their annual St Patrick’s Day concert.

The St. Patrick’s Day show was livestreamed in reaction to the Covid-19 pandemic and the subsequent restrictions on public gatherings Massachusetts has initiated to curb the spread of the coronavirus.

“For the first time in 24 years, we are not playing on St. Patrick’s Day weekend. The current world situation is the ONLY thing that would ever stop us from doing so,” the band announced at the time on its website.

Christophe Dugarry: Messi really could have given Griezmann more passes. Antoine lost confidence
Sane passed a medical for Bayern and went to meet with the club's management
Neuer - in goal, Hakimi and Davies burn out the flanks, in front-Sancho, Muller and Lewandowski. Collected Dreamtime Bundesliga-19/20
Casillas is almost not on the video in honor of Spain's victory at Euro 2012. Perhaps this is due to his promotion to the post of President of the FFI
Setien's future in Barca is under threat. The players don't support it
Trent on motivation: Ronaldo and Messi never relax. The more you win, the more you want to continue
Conte on criticism: attack me, Not the club or my players. There are people who want to see the glass half empty
Source https://www.freemalaysiatoday.com/category/leisure/2020/05/19/bruce-springsteen-to-perform-in-livestream-from-fenway-park/

Singapore student, 23, missing after being swept away by waves along Australian coast

Covid-19: Efforts being made to bring back stranded Malaysians from Saudi Arabia, says NGOs

Sarawak welcomes proposal for state to be buffalo cheese producer

Blackpink dethrones BTS of three Guinness World Records with 86.3 million views in a day for ‘How You Like That’ (VIDEO)

AGC argues for Singapore PM’s nephew to be found guilty of contempt of court, fined in his absence

620 under quarantine yet to go for second screening, says Ismail Sabri

At least 113 dead in Myanmar jade mine landslide

Umno, PAS to back Muhyiddin as PM in GE15 campaign

Survey: Most Malaysians are home cooks now, but have started eating out in RMCO

Ariff should stay, says PH on move to replace speaker

Malaysiakini fails to set aside AG’s bid for contempt proceedings

Help pours in for Malaysian singer To'ki, wife after they were found living in a hut near forest

Pakatan says Ariff proven as Speaker, should not be replaced

At least 50 dead in landslide at Myanmar jade mine, say officials

TNB: Domestic customers will get BPE details in their July bill

Over 7.5 tonnes of cocaine seized near Panama in joint Colombia-US operation

‘Nothing I can do but laugh’: Actor and businessman Boy Iman declared bankrupt by High Court