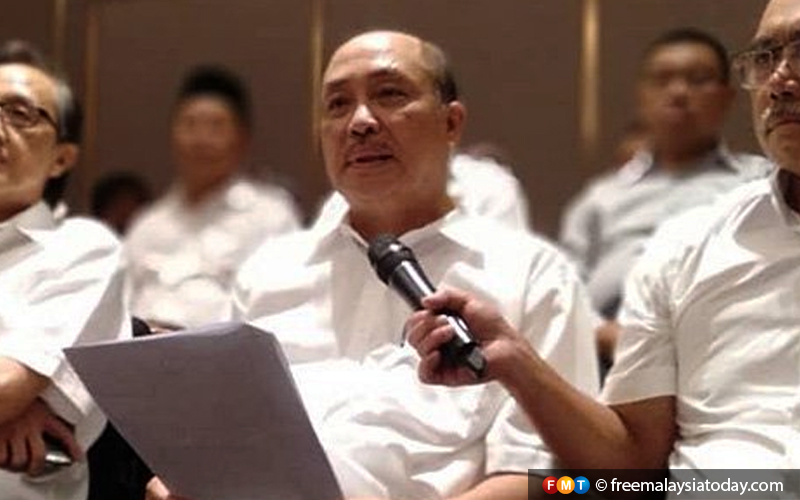 KOTA KINABALU: Sabah PPBM today welcomed the implementation of the programme to send illegal immigrants back to their original countries by the home ministry through the Immigration Department.

Liaison chief Hajiji Noor hoped this programme, which will be carried out in the peninsula, will be extended to Sabah.

The Sulaman assemblyman said Sabah has a huge number of illegal immigrants, a problem that has plagued the state for decades now.

“The people of Sabah have been waiting for such a programme to be implemented in Sabah. Many of us are increasingly worried by the continued influx of illegal immigrants.

“The concern is further heightened following the increase in crimes committed by illegal immigrants, including murders, armed robberies and many other violent crimes.”

He believed the programme would be able to restore peace and order in Sabah.

Hajiji was commenting on the announcement of the deportation programme by Home Minister Muhyiddin Yassin yesterday.

Muhyiddin said illegal immigrants were committing offences under Section 15(1)(c) for overstaying and Section 6(1)(c) for not possessing legal travel documents under the Immigration Act 1959/63.

Any illegal immigrant wishing to participate in the deportation programme will have to pay a fine of RM700 and show proof of intention to return home.

The programme will be carried out by the Immigration Department without involving any third parties, including vendors or agents.

More than 200 immigration officers and personnel operating 80 counters all over the peninsula will be tasked with carrying out this programme.

In its effort to solve the illegal immigrant problem, the Sabah government has opted to regulate and register illegal workers, together with their families, despite protests from Sabahans.

Many Sabahans prefer that these people be sent back to their original countries.

They can then come back into Sabah through legal channels instead of sneaking in through the backdoor and be rewarded for it with documents from the state government.

This is the best Milan in years: superkambekom with Juve (3 goals in 5 minutes!) saved the intrigue in Serie A
Zlatan Ibrahimovic: I am the President, player and coach! If I had been in Milan since the start of the season, we would have taken the scudetto
Sarri on the defeat by Milan: we played first-class football for 60 minutes. Then-turbidity
Pioli on the victory over Juve: Milan became a team. We can play even better
Pioli beat Juventus for the first time as a coach
Vardy has scored 10 goals for Arsenal in Premier League matches. Only Rooney has more
Ronaldo scores or gives an assist in 17 consecutive Serie A matches, where he scored 25 (21+4) points
Source https://www.freemalaysiatoday.com/category/nation/2019/07/20/extend-deportation-plan-for-illegals-to-sabah-urges-ppbm/

China lifts yuan midpoint to near four-month high, but weaker than forecast

Moving forward in our reform agenda

Cars, a cocktail and a celebrity: South Koreans succumb to Tesla fever

In latest spat, US restricts visas on Chinese officials over Tibet

Jasper, the ‘wise’ Schnauzer who acts like an old uncle

Scientists warn Covid-19 may cause patients to go delirious

Blasted for putting Americans at risk, Trump formally pulls US from WHO

10 things to consider when coming out to your parents

What will it take to get Malaysia to revise the poverty line?

M’sians turn into bookworms during MCO

Another JE case detected in Penang

Sri Ram hits out against Apandi

Why millennials must know that loan compression is a scam

Audiobooks can boost your child’s reading and writing skills

UK would leave the EU on Australia terms if no deal reached, Johnson tells Merkel

Learn to become an artist with Oscar and Judy

We might think we're looking for a partner to fit specific ideals, but we're probably all looking for same qualities

Let’s look to the stars, launch a rocket from Malaysia

The link between poor air quality and mental health

Chelsea climb to third after 5-goal thriller at Palace

Nadal will play Madrid, raising doubts over US Open participation

Howard will play for Lakers when NBA resumes in Orlando

Machu Picchu to reopen at 50pc capacity, but no date set

Europe’s top-flight clubs face €4b in lost revenue due to Covid-19, study finds

Time to move on: Syed Saddiq to retract civil suit against Bersatu over termination of membership

US awards US$1.6 bil to Novavax for Covid-19 vaccine