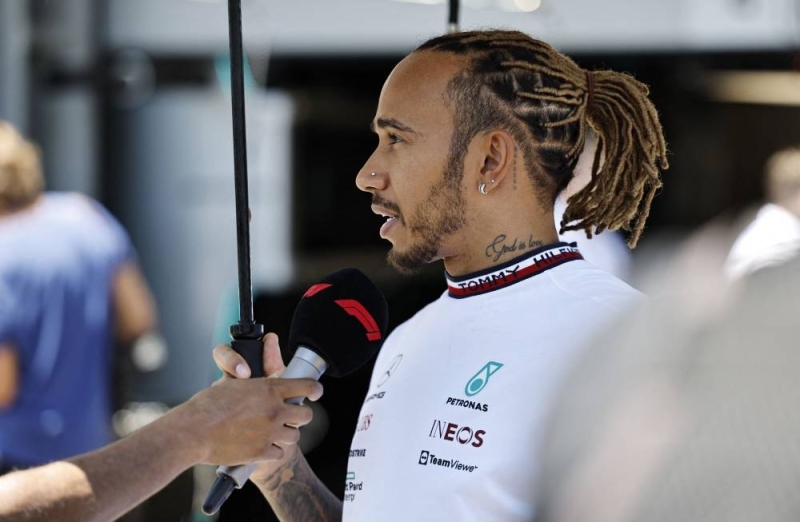 BAKU, June 13 — Mercedes fear Lewis Hamilton might not be fit to race in Canada next weekend after the seven-times Formula One world champion endured severe back pain in a bouncing car at Sunday’s Azerbaijan Grand Prix.

The Briton finished fourth in Baku, after starting seventh in a race where both Ferrari drivers retired, but it came at a cost.

“That was the most painful race, the toughest race, I’ve experienced,” Hamilton told reporters.

“He’s really bad,” the Austrian told reporters. “We’ve just got to find a solution... I think he is maybe the worst affected from all drivers.”

Asked whether there might be a risk of Hamilton missing Montreal, Wolff replied: “Yeah, definitely. I haven’t seen him and I haven’t spoken to him afterwards, but you can see this is not muscular anymore.

“I mean, this goes properly into the spine and it can have some consequences.”

Hamilton, who clutched his back as he clambered out of the car, likened the experience to enduring a four-minute cryotherapy session and said he just focused on all the people counting on him to score points.

Team mate George Russell, who finished third, warned on Saturday that it was only a matter of time before the ‘porpoising’ problem caused a major accident.

“I don’t really know what the future holds but I don’t think we can sustain this for three years or however long these regulations are in force for,” he said.

“I’d tell them to bitch as much as they could and make as big an issue out of it as they possibly could,” he said when asked what he would tell his drivers if they suffered from similar bouncing.

“It’s part of the game. It’s like somebody going into a penalty box.

“You can see it’s uncomfortable but there are remedies to that. But it is to the detriment of the car performance. So the easiest thing to do is to then complain from a safety point of view,” he added.

Raising the car’s ride height would remove much of the bouncing but that would also negatively impact on performance.

Champions Mercedes have been struggling more than most with the bouncing as teams come to terms with sweeping new regulations. — Reuters