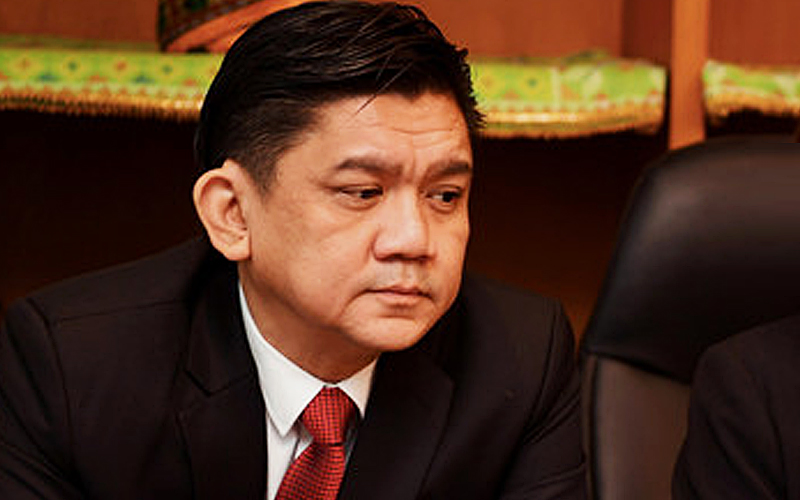 Former Sabah PKR vice-chief Kenny Chua says his decision to cross over was spurred by his loyalty to Anwar Ibrahim. (Bernama pic)

PETALING JAYA: A Sabah assemblyman who was recently sacked by PKR for aligning himself with former chief minister Musa Aman said his actions were brought about by Warisan’s support for Dr Mahathir Mohamad.

Kenny Chua also said it was spurred by his loyalty to PKR president Anwar Ibrahim.

In a statement, Chua said he decided “to part ways” with the Warisan-led government after it had confirmed its support for the former prime minister and its readiness to consider amending the party’s constitution to allow him to join the local party.

“It would go against my principle to be part of a state government that was led by Warisan because this party had openly declared its support for Mahathir.

“I’ve repeatedly said that as a PKR leader in Sabah, it was only right for me to stay loyal to my party president, and I threw my undivided support for him as the country’s next prime minister as what all Malaysians and Sabahans had been promised during the last general election.”

He said that following Warisan’s support for Mahathir, he had to field a lot of questions by the public and PKR supporters.

“I understood the negative sentiments the majority of Sabahans harbour towards Mahathir until today for what he had done to the state and its people for so long.”

On Thursday, PKR sacked Chua, its Sabah vice-chief, after he was spotted with Musa, who claimed he had the majority to form a new state government.

The party’s disciplinary committee chairman, Ahmad Kasim, said the decision to give Chua the boot was made after it confirmed his presence in a bloc “attempting to topple the Sabah government”.

Chua, the Inanam assemblyman, also cited Warisan’s treatment of its partners, including DAP and Upko, as another reason for switching sides.

He also denied allegations he was offered huge sums of money to switch sides, adding that the authorities could investigate him.

“They can check my bank accounts if they suspect I had been offered millions,” he said.

Liverpool will pay 4.1 million pounds for Zhota out of 41 million in the first year. Today the midfielder will undergo a medical
Bayern have agreed a 4+1 contract with Ajax defender Dest
Will Juventus take a 10th consecutive League title? Three out of four of our Serie A specialists think not
Norwich refused to sell Barca defender Aarons for 20 million pounds
Aston Villa bought winger Lyon Traore for 17 + 2 million pounds
Genoa have leased Zappacosta from Chelsea and Piazza from Juve
A Lebanese football player has died after being shot in the head. It was held near the funeral where shots were fired in the air
Source https://www.freemalaysiatoday.com/category/nation/2020/08/03/i-switched-sides-because-of-dr-m-anwar-says-sacked-sabah-pkr-vice-chief/

SUPP leader says SST payment from Petronas in no way a trade-off for state’s rights over oil and gas.

15 new Covid-19 cases, including one in the community and five imported ones

Salleh plays down ‘dark horse candidate’ talk, says victory is all that matters

With six days to polling, Warisan and Perikatan neck and neck in Sabah race

TikTok filed complaint in bid to block Trump’s US ban

NGO comes out with video urging all Sabahans to vote

Leicester in talks with Roma for Under, says boss Rodgers

Nepali held over murder of his colleague

At meeting with Muslim missionaries, PM Muhyiddin urges against extremism to defend Islam

Transport minister: Allegations on unlicensed e-hailing drivers to be investigated

Tiger looks forward to the future after missing US open cut

Duped by DAP? You advised me to join a decade ago, Zairil Khir Johari tells Tengku Razaleigh

The final push for votes in Sabah polls

Bursa Malaysia likely to trade in cautious mode next week