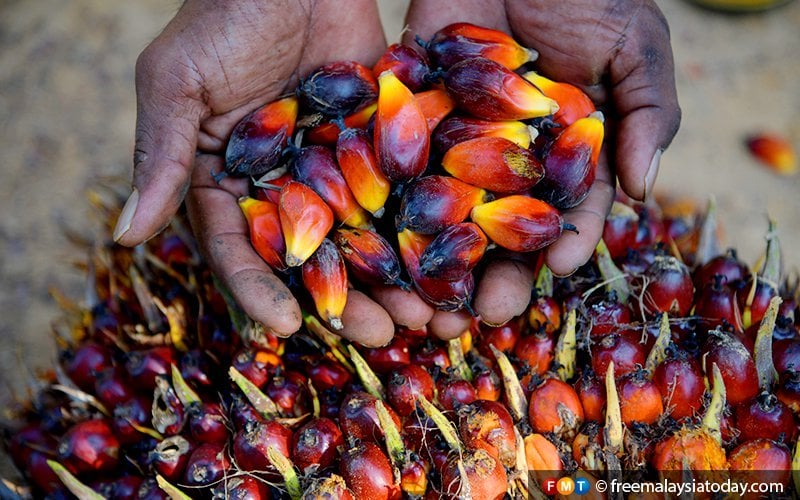 Indian traders are beginning to buy Malaysian palm oil again after Malaysia signed a deal to buy a record 100,000 tonnes of Indian rice.

PETALING JAYA: India has started to buy Malaysian palm oil again after four months following a diplomatic row, with buying spurred by a fall in domestic inventories and discounted prices.

Reuters said the renewed purchases come amid improving trade ties between the two nations following the formation of the Perikatan Nasional government, with Malaysia signing a deal last week to buy a record 100,000 tonnes of Indian rice.

Leading Indian importers agreed last week to buy up to 200,000 tonnes of crude palm oil from Malaysia, the world’s No. 2 producer after Indonesia, to be shipped next month and in July, trade sources told Reuters.

“Port stocks have dropped sharply in India because of lower imports,” a Singapore-based trader who sells Malaysian and Indonesian palm oil said.

Ship-tracking data compiled by Refinitiv showed that India’s total palm oil imports for the first four months of this year fell by more than 50% to 1.11 million tonnes from the same period last year.

Reuters said a resumption of purchases by India, the world’s biggest edible oil importer, could further support Malaysian palm oil prices, which have edged up from 10-month lows in recent days.

It quoted an Indian edible oil refiner who contracted “a few vessels” for June shipment as saying the renewed buying has been spurred by low stocks, while India’s relations with Malaysia have been improving since the PN government was formed in early March.

“I think the Indian government will allow unloading of upcoming shipments. We can’t rely on one seller (Indonesia) indefinitely, especially when you have to build inventory,” the buyer said.

Malaysian palm oil is now available at a US$15 discount to supplies from Indonesia, which on Monday raised its palm oil export levy by US$5 per tonne, said a Mumbai-based dealer with a global trading firm.

Indian purchases of palm oil from Malaysia could rise further if discounts remain, he said.

Another Indian edible oil refiner said Malaysian buyers are eager to sell even at a discount as stocks are rising and production is expected to improve next month.

Malaysia’s palm oil inventories jumped to more than 2 million tonnes in April, well above expectations, as production surged to a six-month high and Covid-19 lockdowns led to a slump in demand.

Barcelona played the best match at Setien. Even Griezmann scored: a perfect parachute after a heel pass from Messi
Arsenal have nothing to celebrate, they have to take every opportunity. Mourinho responded to the gunners' joke about Tottenham
Kike Of Setian: I understand less and less VAR
MATIC has extended his contract with Manchester United until 2023
With the death of Morricone, part of the world's cinema goes. De Laurentiis on the composer
Josep Bartomeu: Setien is doing a great job. We have full confidence in him
Pique on La Liga: Barca do not like to fall behind, but we have made every effort to change the situation
Source https://www.freemalaysiatoday.com/category/nation/2020/05/19/india-resumes-purchases-of-malaysian-palm-oil-after-4-month-lull/

Minister: Process for obtaining halal certificate in Malaysia to be made easier

Vettel is bound to be distracted by Ferrari axe, says Brawn

GE2020: ‘Being grateful does not mean we have to keep quiet’, says Red Dot United’s Liyana Dhamirah on her path to politics

Malaysian shuttler Jin Wei delighted to be back in training

Tsitsipas, Moutet engage in war of words at event in France

Hamilton regrets being ‘silenced’ on taking a knee in the past

China’s biggest chipmaker plans to raise US$7.5 bil in IPO

No clash with Musa over Salleh’s application to rejoin Umno, says Bung

Taiwan says Dalai Lama welcome to visit, a trip that would infuriate China

Bursa Malaysia ends on a firm note, up 1.56pc

Hamilton regrets being ‘silenced’, reveals he was told to back down

Covid-19: Travel between Malaysia and Singapore to be known as early as Aug, says Foreign Ministry

183 new Covid-19 cases in Singapore, including a two-month high of 23 community cases

What lifestyle aspects to consider when buying a car? Here’s what Mazda CX-30 can offer Malaysians

UK decision on Huawei not set in stone, says minister

Najib’s son Nazifuddin has to pay Inland Revenue Board RM37.6m in unpaid taxes