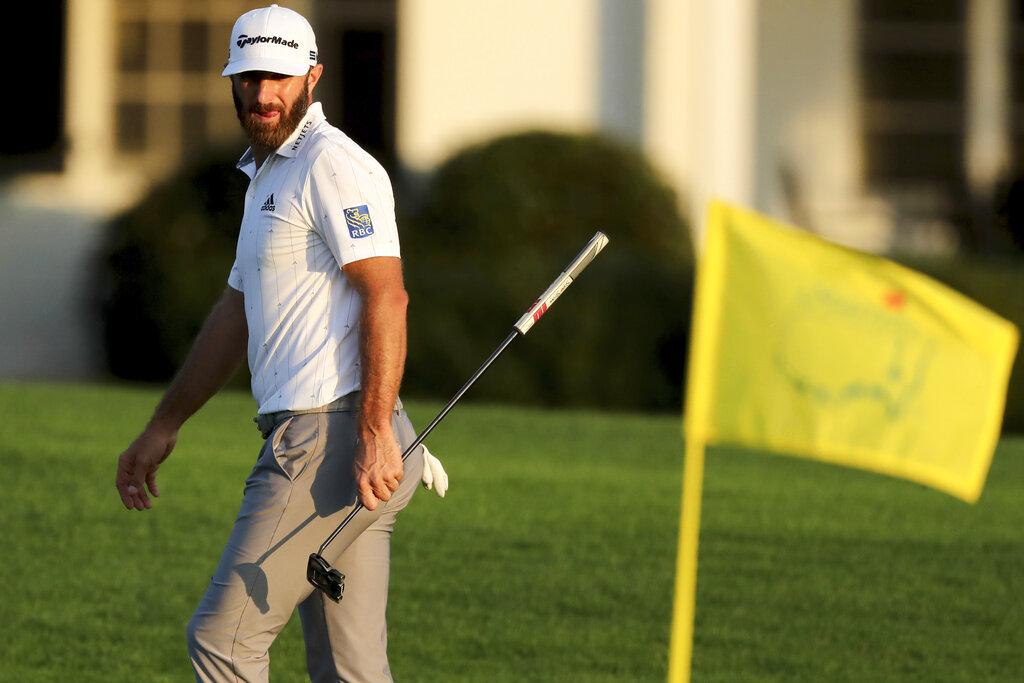 Dustin Johnson during the third round of the Masters golf tournament in November 2020 in Augusta. (AP pic)

ST ALBANS: American two-time major champion Dustin Johnson said on Tuesday he had resigned from the PGA Tour to compete in the inaugural LIV Golf Invitational that kicks off this week.

“It’s hard to speak on what the consequences might be but I’ve resigned my membership of the Tour and that’s the plan for now,” Johnson told a news conference at the Centurion Club, north of London, host of the first of eight events.

Johnson is the second golfer to resign from the PGA Tour to join the contentious new event which is bankrolled by Saudi Arabia’s Public Investment Fund (PIF).

The PGA Tour last week reiterated a warning to members that those featuring in the breakaway circuit would be “subject to disciplinary action”.

On Monday, six-time major champion Phil Mickelson became the highest-profile player to commit, ending a self-imposed hiatus from the sport that began in February, amid a backlash over comments he made about the breakaway series.

Both the PGA Tour and DP World Tour have recently declined all requests from members who had asked for releases to compete at Centurion where US$25 million is up for grabs, including US$4 million for the winner.

The lucrative new series will have a novel format with 48 players competing both as individuals and as part of teams.

Each event will be played over 54 holes rather than the traditional 72 with shotgun starts to facilitate quicker play.

Johnson said he still planned to play in this month’s US Open, which he won in 2016, but said the decision to play in the LIV invitational Series was in the best interests of his family.

“I can’t answer for the majors, but hopefully they’re going to allow us to play. Obviously I’m exempt for the major so I plan on playing there, unless I hear otherwise,” he added.