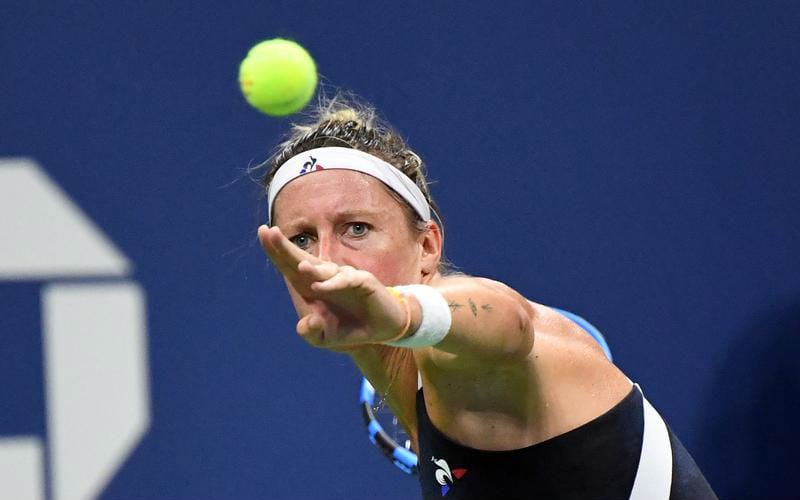 QUEBEC CITY: France’s Pauline Parmentier won her second title of the year when she defeated American qualifier Jessica Pegula at the Tournoi de Québec on Sunday.

Parmentier, the eighth seed, withstood five aces from Pegula and claimed half of the American’s second service points to win her fourth career title.

Her other victory this year came at the Istanbul Cup in April.

Parmentier, who is 4-0 in career finals, also saved three of four break points against her, while breaking Pegula four times.

Pegula, seeking her first title, broke early for a 3-1 lead in the first set before Parmentier battled back.

With the score 5-5, Pegula saved two break points, the second with an ace before Parmentier converted a third with a forehand winner to go up 6-5.

Serving for the set, the Frenchwoman came back from a 0-30 deficit and closed out the set four points later on another forehand winner.

Parmentier opened up a 4-0 lead in the second set and served out the match after Pegula had closed to within 5-2.

Hazard will miss the match with athletic
Juventus are Interested in Jacko
Micah Richards: Arsenal need to keep the Forward. It can attract other top players
York on Keane's criticism of De Gea and Maguire: Roy himself was not perfect when he played. He should be more restrained
Setien on Griezmann: When he plays, I am asked about Fathi, and Vice versa. Antoine is important to Barca
Setien on the situation with Messi: I haven't heard anything from him. Everything else is speculation
Sane did not pose in the number 10 shirt out of respect for Coutinho
Source https://www.freemalaysiatoday.com/category/sports/2018/09/17/parmentier-claims-quebec-city-tennis-title-for-second-win-of-year/

No days off for Liverpool under Klopp, says Oxlade-Chamberlain

Muhyiddin is best choice for the country, says Tuan Ibrahim

RMCO: KL Tower aims 30,000 visitors during ‘We Are Free’ campaign

Recruitment of young soldiers in Malaysia will not be reduced despite Covid-19, says army chief

Hafizh Syahrin hopes to make it to Spain for World Championship

PAS’ Tuan Ibrahim: Muhyiddin proposed as PM candidate in GE15 for the good of the country

All Covid-19 tests in Formula One have been negative

Shell CEO does not rule out moving headquarters to Britain

Covid-19: Perak traders advised to obtain licence to get back to business

After being sacked from PKR, Sg Acheh rep Zulkifli Ibrahim to support PN

Never my intention to keep Putrajaya in the dark over Chinese workers, says Shafie

By early 2021, 200 parcel lockers to be set up islandwide in Singapore — a year ahead of schedule

Senior minister: 47 test positive for Covid-19 at KLIA since June 10

Covid-19: Singapore cinemas to reopen from July 13 after being closed since late March

No pressure from Selangor MB to quit as exco, says Haniza

Statistics Dept: Census 2020 in two phases due to Covid-19 pandemic

Single mum dreams of an education for ailing child

We don’t give games as Christmas presents, Klopp warns kids