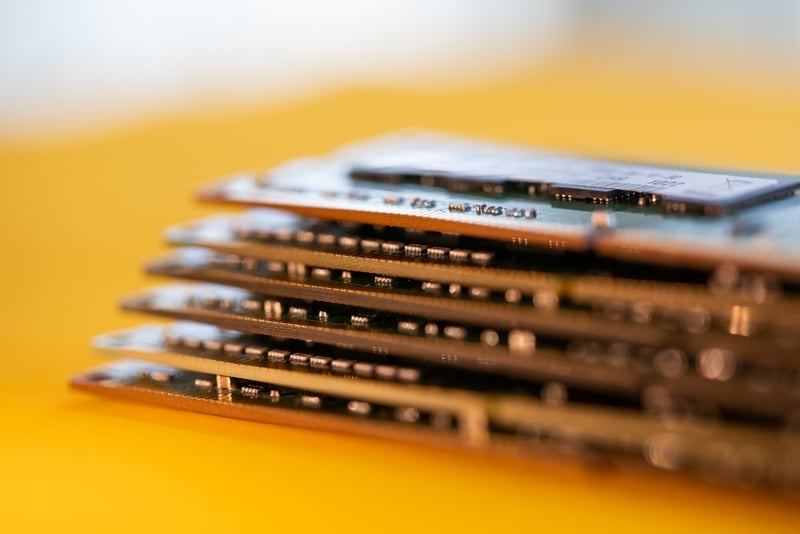 It is unclear whether the US$52 billion CHIPS Act funds would be available to foreign enterprises. (File pic)

TAIPEI: Taiwan Semiconductor Manufacturing on Wednesday said the cost of building its US chip plant is higher than previously estimated, and again called for Washington to extend planned support for the chip industry to foreign as well as domestic companies.

TSMC chairman Mark Liu told shareholders at the company’s annual meeting that the facility in Arizona – its first advanced chip plant in America in more than two decades – is turning out to be “more costly” than expected, though the increase will be “manageable”.

He did not say by how much the costs are exceeding expectations.

Liu also said recruiting engineers and technicians in the US is “more difficult than in Taiwan … but hiring is on track and currently meets the number of hires we are seeking”. Nikkei Asia previously reported on the challenges facing TSMC in recruiting chip talent in Arizona.

“There is always a learning curve when building a plant in a new place. For a long time, these places have had fewer (chip) plants than in Taiwan, so the supply chain is less complete,” Liu said. “However, I believe after we, Intel and Samsung all go there, the supply chain will become more competitive in the coming years.”

Liu reiterated TSMC’s commitment to building overseas facilities and said it will proceed with its plans in the US “no matter what”.

TSMC is also building a chip plant in Japan’s Kumamoto Prefecture. It is evaluating whether to build one in Europe as well, though it so far has no concrete plans on that front, Liu said.

The US$52 billion CHIPS Act is aimed at encouraging investment in America’s semiconductor industry.

It is not yet clear if funding from the act would be available to overseas companies like TSMC. Liu said an “absolute majority” of voices in the chip industry think it should be open to anyone investing in the U.S.

The chairman also defended TSMC’s decision to continue investing heavily in expansion at home despite concerns over the tech industry’s heavy reliance on the island.

“There are concerns about geopolitical tensions (around Taiwan) and there are discussions about whether it’s ideal to build so many semiconductors here,” he said. “But politically, if there is good and deliberate international cooperation, Taiwan is actually a very stable place to build chips.”

The chairman also played down concerns that US collaboration with South Korea and Japan could hamper TSMC’s future development.

US president Joe Biden visited Samsung Electronics’ advanced chip plant as his first stop in South Korea recently, and the US jointly issued a statement saying it will cooperate on research and development of next-generation chip technologies.

“The US and Taiwan still have a lot of collaboration, just in different forms. There are many discussions on trades, intellectual properties, as well as semiconductor supply chains,” Liu said.

Discussing the wider industry, Liu said it is going through an “inventory correction”, as demand for consumer electronics slows. In response, TSMC has reallocated some chip production to other areas, such as high-performance computing.

Liu said revenue growth for 2022 could be as high as 30%, a slightly more optimistic outlook than in its earnings call in April when it forecast growth in the mid-to high-20% range.

Liu said he expects global inflation to gradually moderate, though the company will closely monitor its effect on end-user demand.

“Although consumer electronics demand is slowing, luckily the automotive and high-performance computers are still in robust demand that exceeds our supply. So far our capacity utilization rate is still very full.”